A series of performances, recordings and installations exploring the utilization of sound in the navigation, negotiation and construction of space. 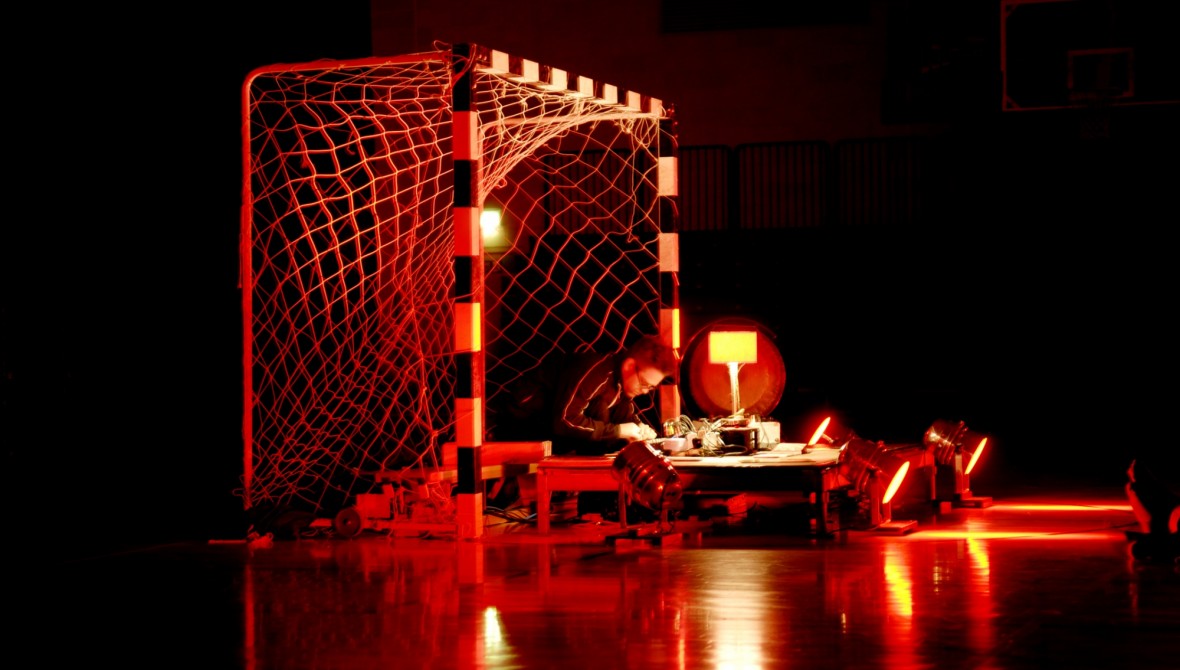 Radar’s first project, You are the Music While the Music Lasts was inspired by research undertaken in the Department of Design and Technology exploring the utilization of sound in the navigation, negotiation and construction of space. Works explored immersion, the sonic politics of the stranger, the concept and histories of 'Loughborough', sound as a means of control, and site-specific performance.

Sewn to the Sky Read more

The Sporting Guide to the Speed of Sound Read more

The World Beneath You Read more

The Sporting Guide to the Speed of Sound

The performance of a musical work specially written for the David Wallace Sports Hall. Read more

A specially curated concert exploring the sonic politics of the 'stranger', including a new work by Karikis. Read more