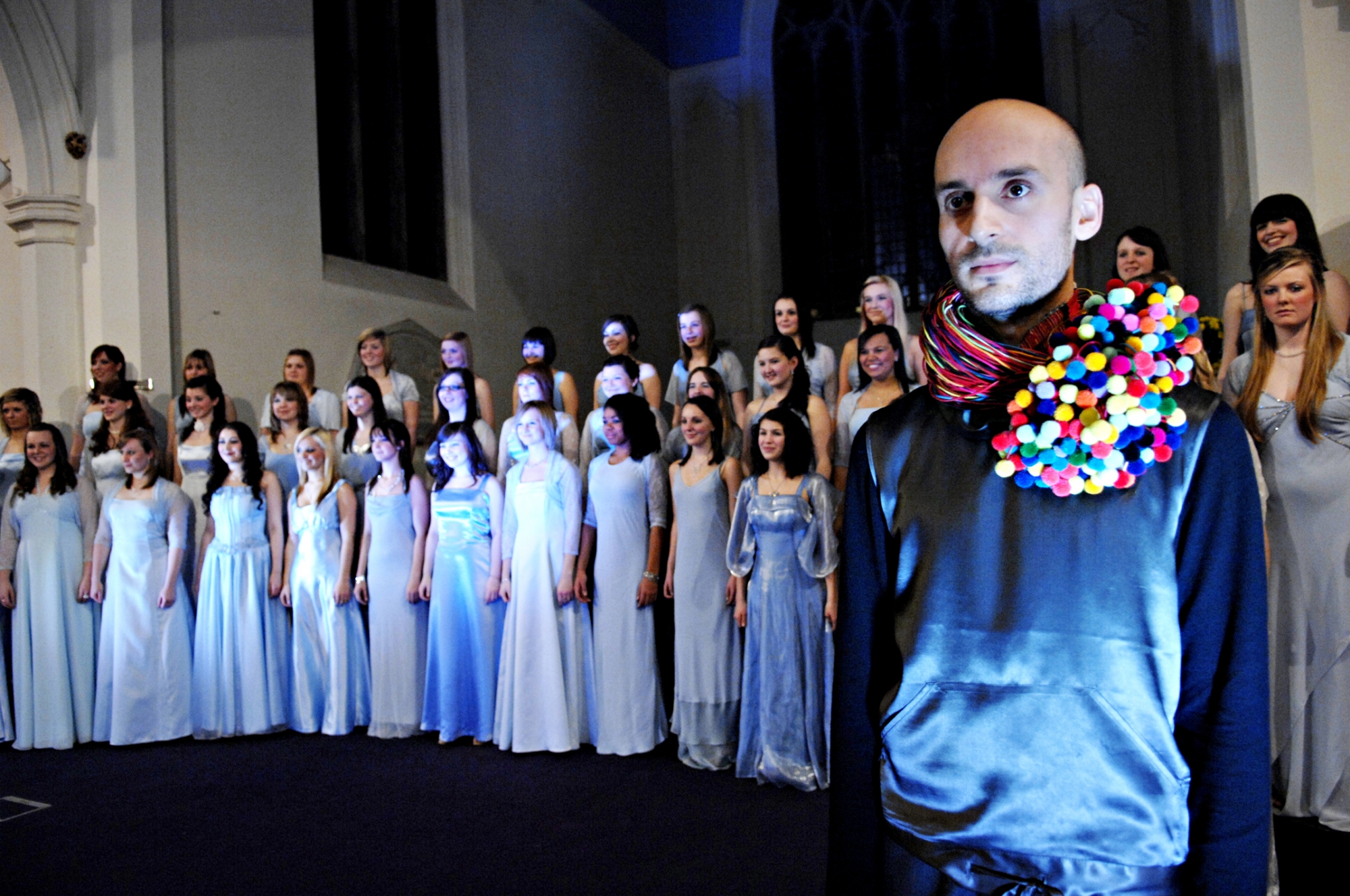 Mikhail Karikis has collaborated with the celebrated Cantamus Choir to programme a concert exploring the musical articulation of difference. The centrepiece will be a new composition by Karikis reimagining a motet by the English Baroque composer John Amner (1579-1641) through experimental vocal performance in order to perform a cross-century and cross-cultural dialogue. This will be performed alongside works from across the world that feature ‘strangers’ from disparate worldly and otherworldly locations. Angels, fairies, witches, unborn fetuses and travellers will make their presence felt, presenting different ways in which the ‘strange’ has been musicalized.

Mikhail Karikis is a contemporary composer and sound artist whose album Orphica was described by Le Monde as 'a spellbinding journey to musical climes'. His extraordinary vocal range, from animalistic growls to extremely high pure tone can also be heard in his collaboration with Bjork.

Based in Mansfield, Cantamus Girls Choir consists of 43 girls between the ages of 13 and 19. Since their inception in 1968 they have won 21 prizes in international choral competitions, including two wins at the World Choir Olympics.