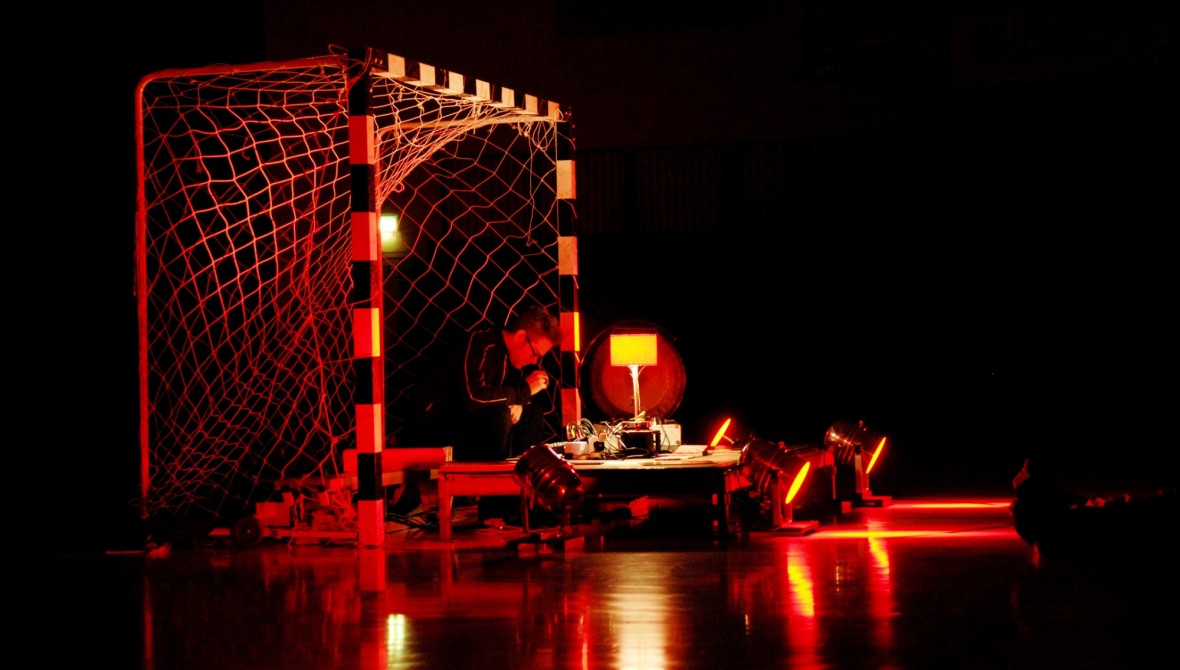 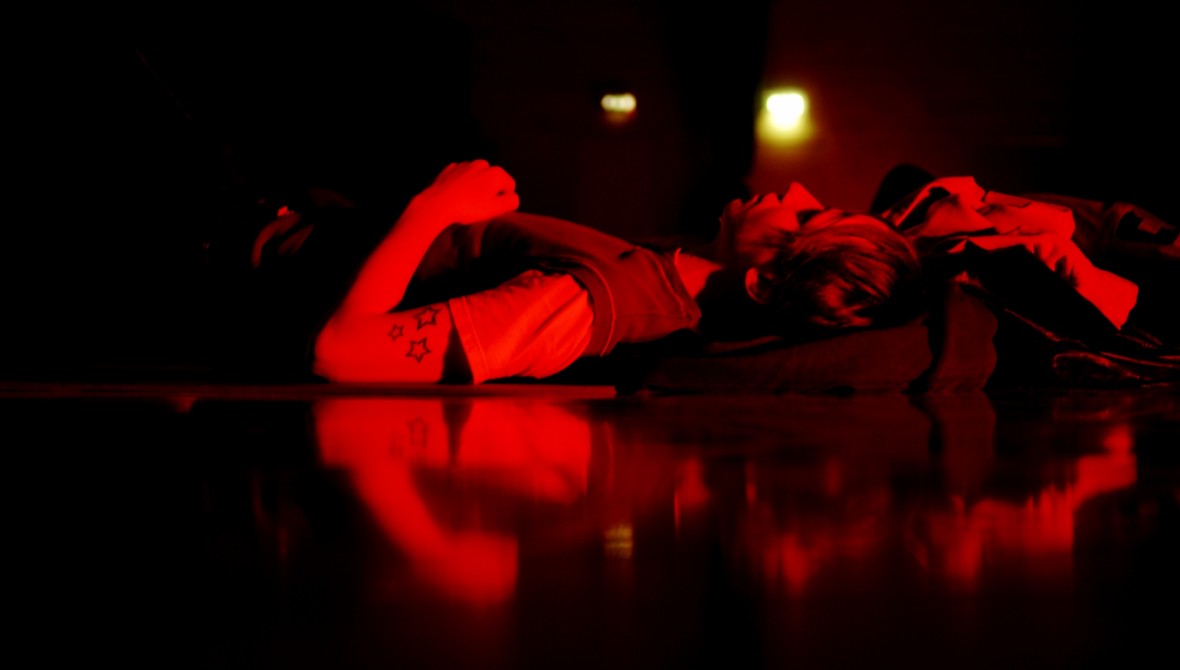 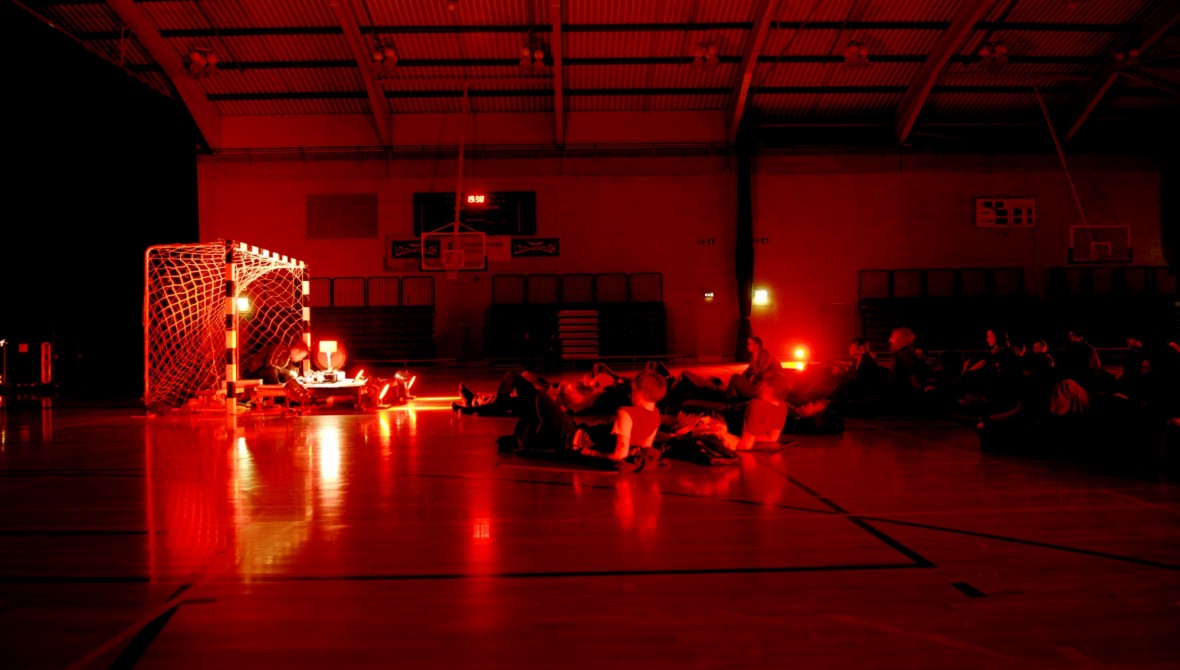 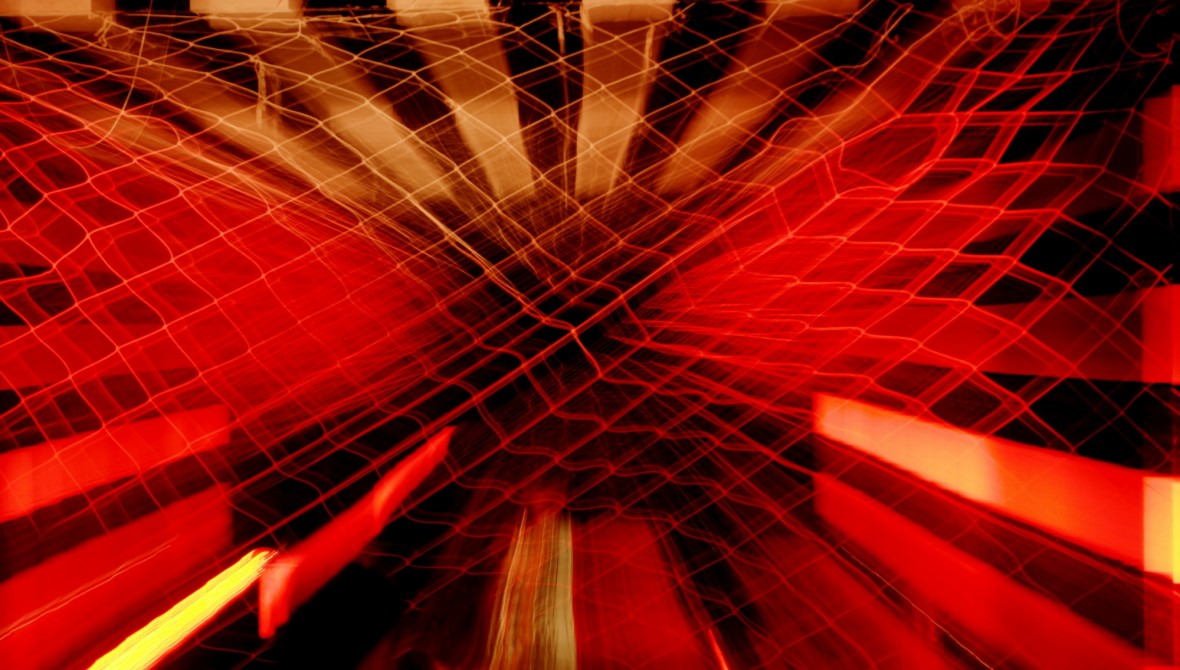 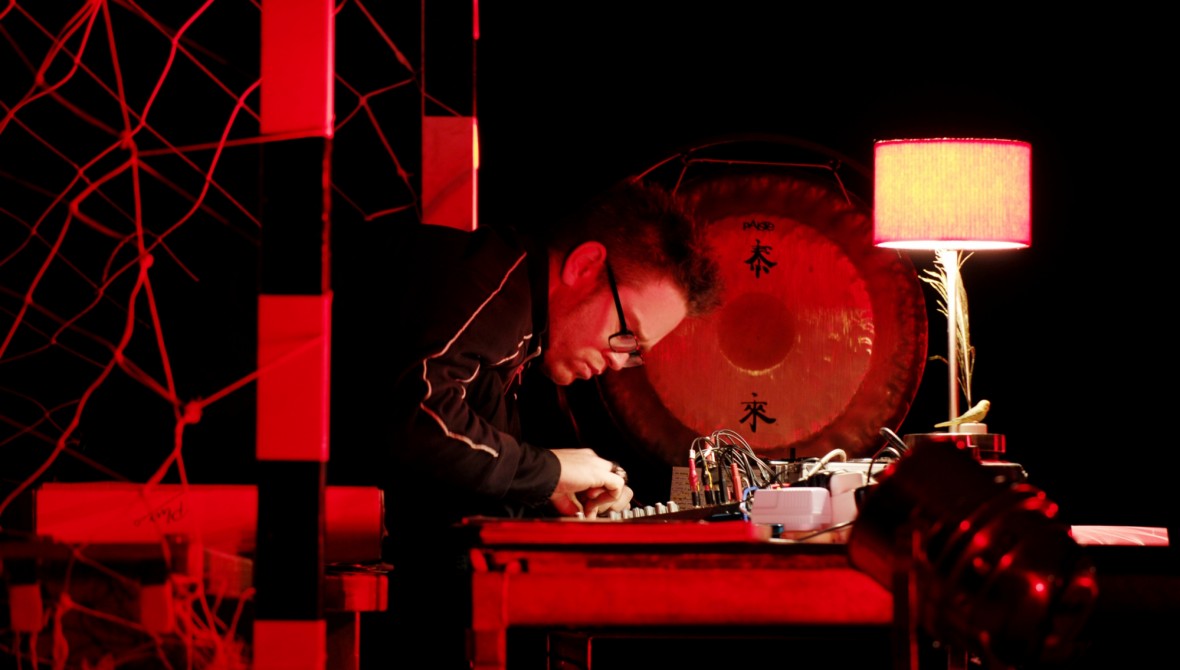 The Sporting Guide to the Speed of Sound

Janek Schaefer performed this newly commissioned site-specific musical work in Loughborough University’s David Wallace Sports Hall on Sunday 2nd December 2007. With the audience lying on gym mats on the floor, he played in a pool of red light from the mouth of a handball goal. The work combined on-site recordings made of various balls rolling across the hall’s floor and being hit by bats; and instruments and vinyl records from the University’s collection. The suspended wooden floor and cavernous reverb in the space added to the specific sonic quality of the concert, which ended with the live sampling of Ravel’s Bolero, as made infamous by Torvill & Dean at the Sarajevo Winter Olympics in 1984.

Sound Artist and Entertainer Janek Schaefer was born in England to Polish and Canadian parents in 1970. While studying architecture at the Royal College of Art, he created 'Recorded Delivery' for Brian Eno and Artangel using a sound activated dictaphone travelling overnight through the Post Office. Since then the multiple aspects of sound became his focus, resulting in many site-specific installations, exhibition/dance/short film soundtracks, albums and concerts using his self built record players with manipulated foundsound collage. His 'Tri-phonic Turntable' (1997) is in the Guinness Book of Records. His concerts and installations explore the spatial and architectural aspect that sound can evoke and the twisting of technology. Hybrid analogue and digital techniques are used to manipulate field recordings with live modified vinyl and found sound to create evocative and involving environments. He hosts public & private parties for children sharing his passion for dancing musics, or for adult celebrations, rocking the dance floor till dawn. His first studio album Above Buildings was released on Fat Cat to considerable praise. Other solo works have been released all over the world by labels including Sub Rosa, Hot Air, , Kraak, Alluvial, DSP, Diskono, Room40,  audiOh!, Staalplaat and 12k. He has collaborated with Philip Jeck, Stephan Mathieu, and Charlemagne Palestine.