New works on the occasion of the 40th anniversary of 'the events' of May '68 in Paris. 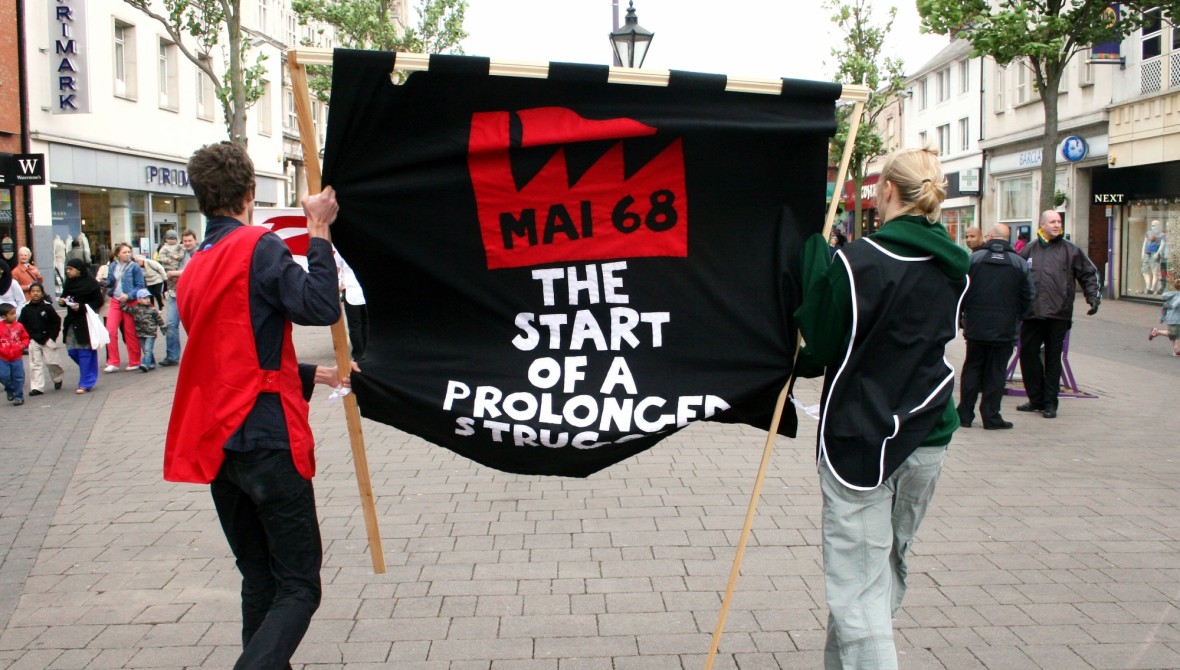 Taking place in May and June 2008, Life is Interesting...When You're Furious marked the 40th anniversary of the wave of student protests that broke out in 1968, drawing on research undertaken by Professor Ruth Kinna in the Department of Politics and International Studies. Commissioned artists responded either directly to the historical events of that year, or created work to further explore themes of protest, political action, and resistance.

Paul Rooney worked with Loughborough University drama students to produced a new film inspired by the online memoir of an Australian food industry manager, who found himself in Paris on the evening of 10th May 1968. Craig Coulthard paraded posters urging or depicting political action made by local residents through Loughborough. Oliver Ressler, meanwhile, produced a screensaver for use on every PC across Loughborough University's campus. It implored those who saw it to imagine a world beyond that which exists.

These main commissions were supported by A Staged Dissent: an evening of live performance and films exploring protest and rebellion. This included work by Oreet Ashery, Pil & Galia Kollectiv, and the Complaints Choir.

Yes May Be No Read more