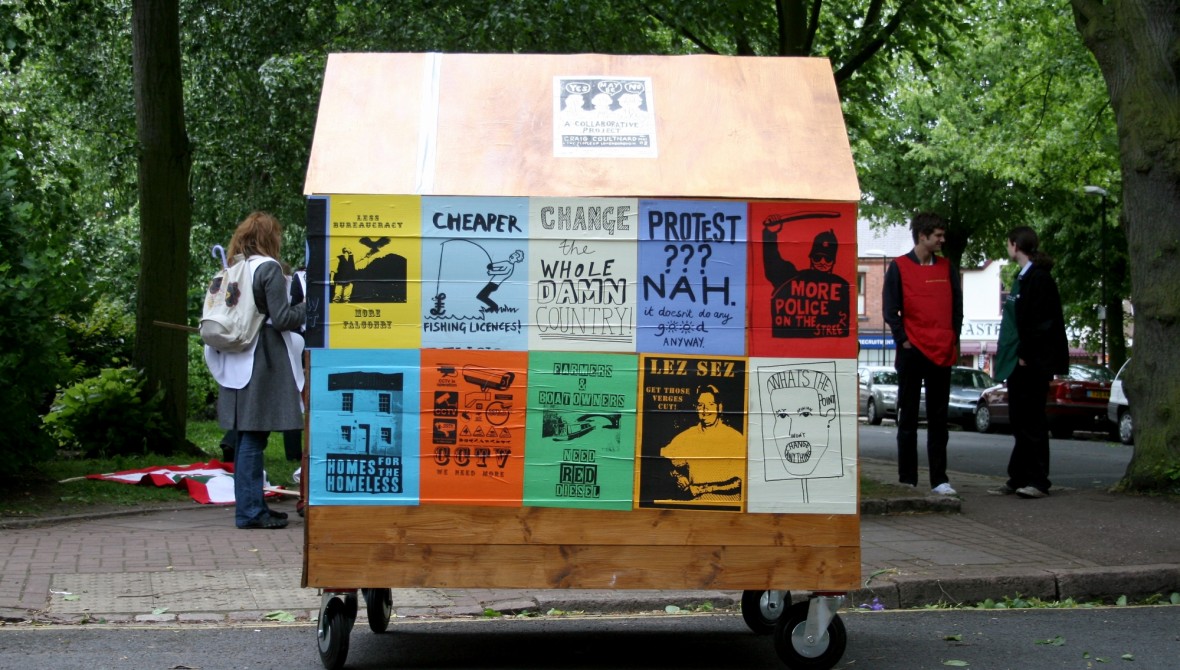 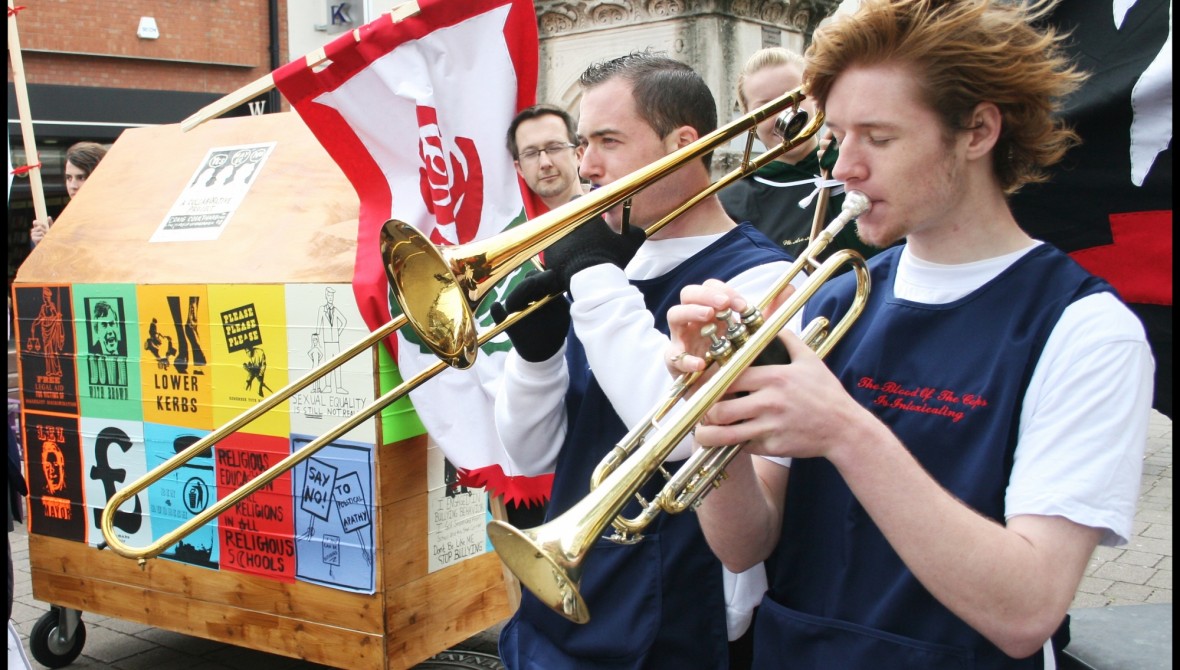 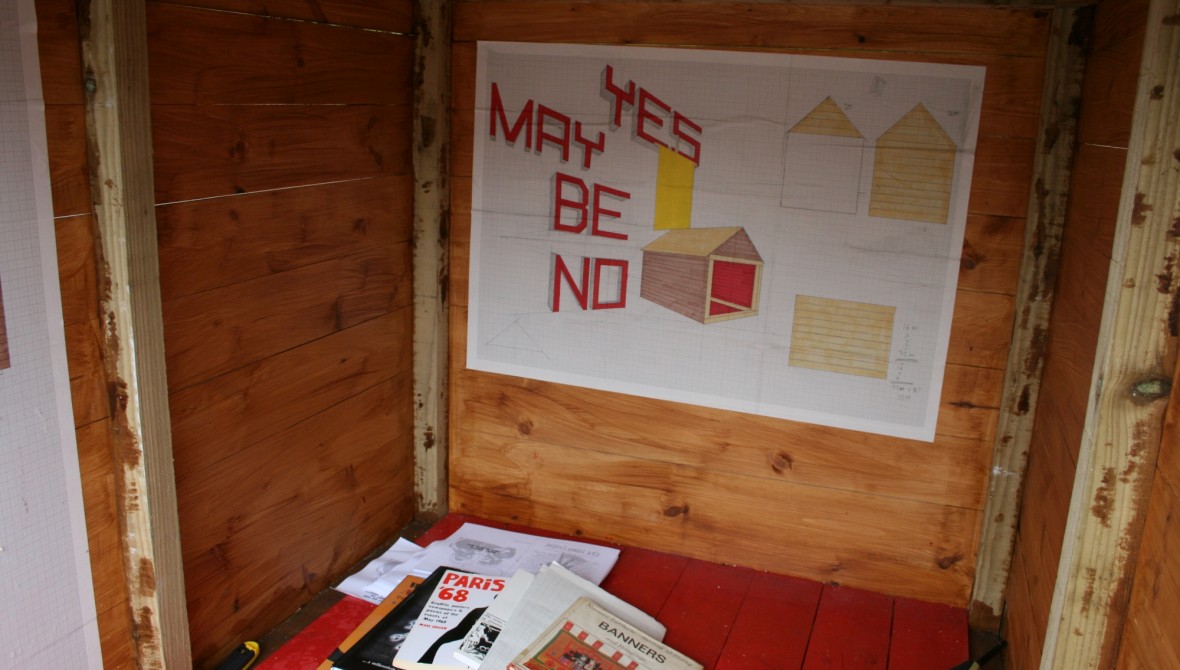 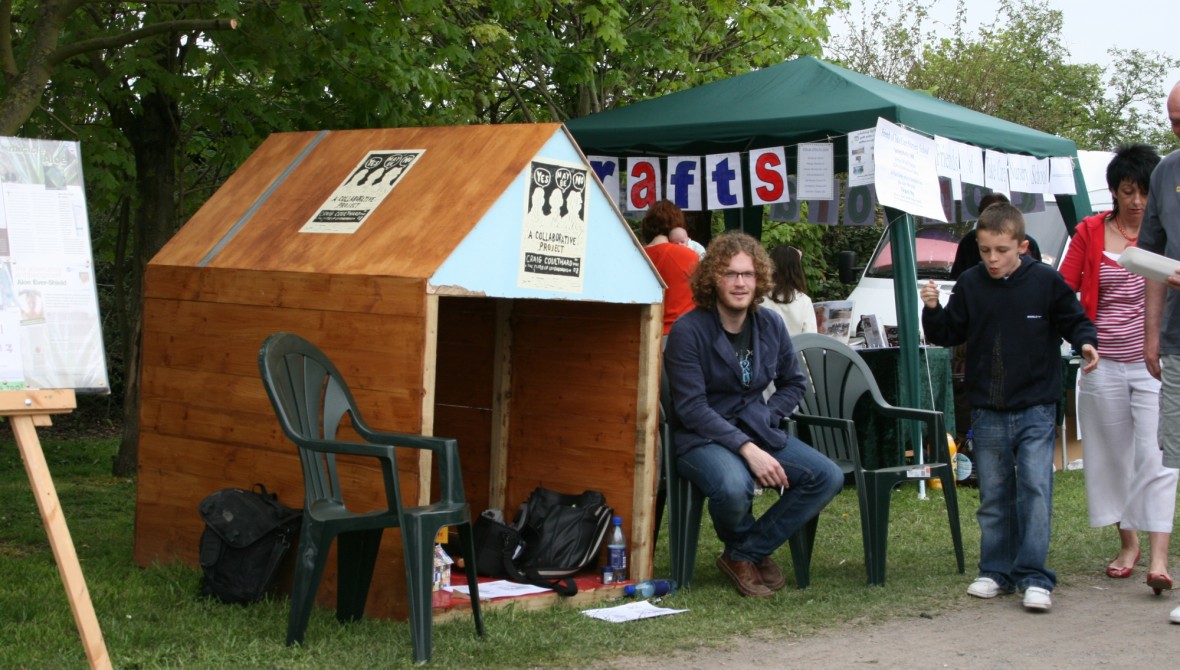 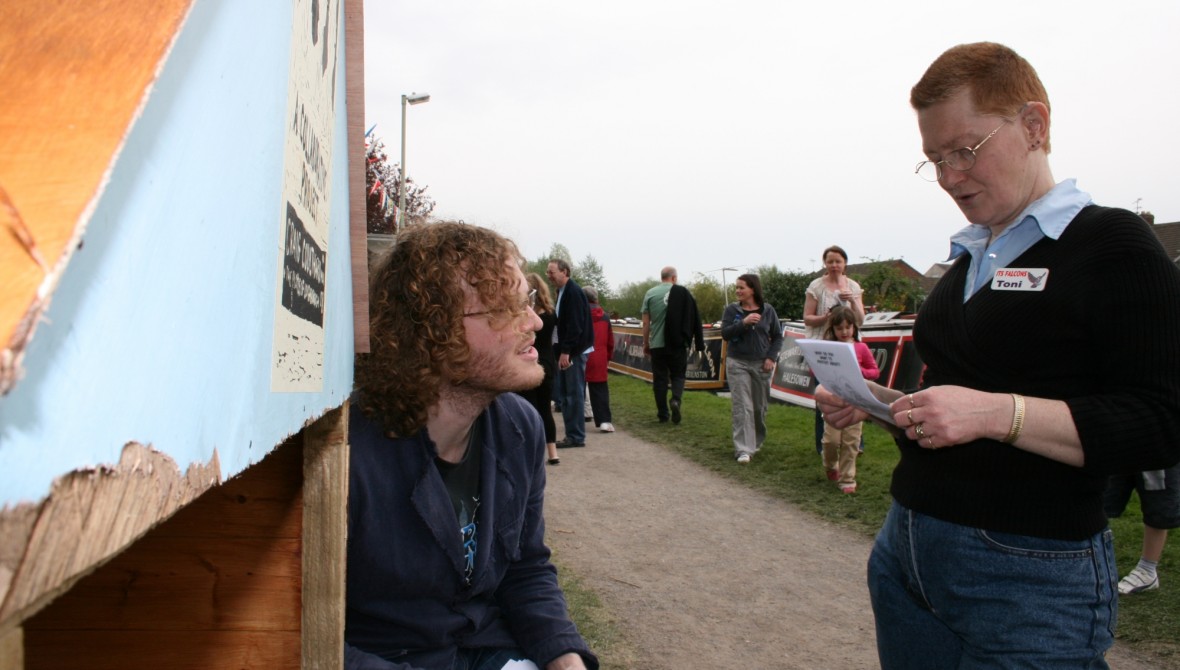 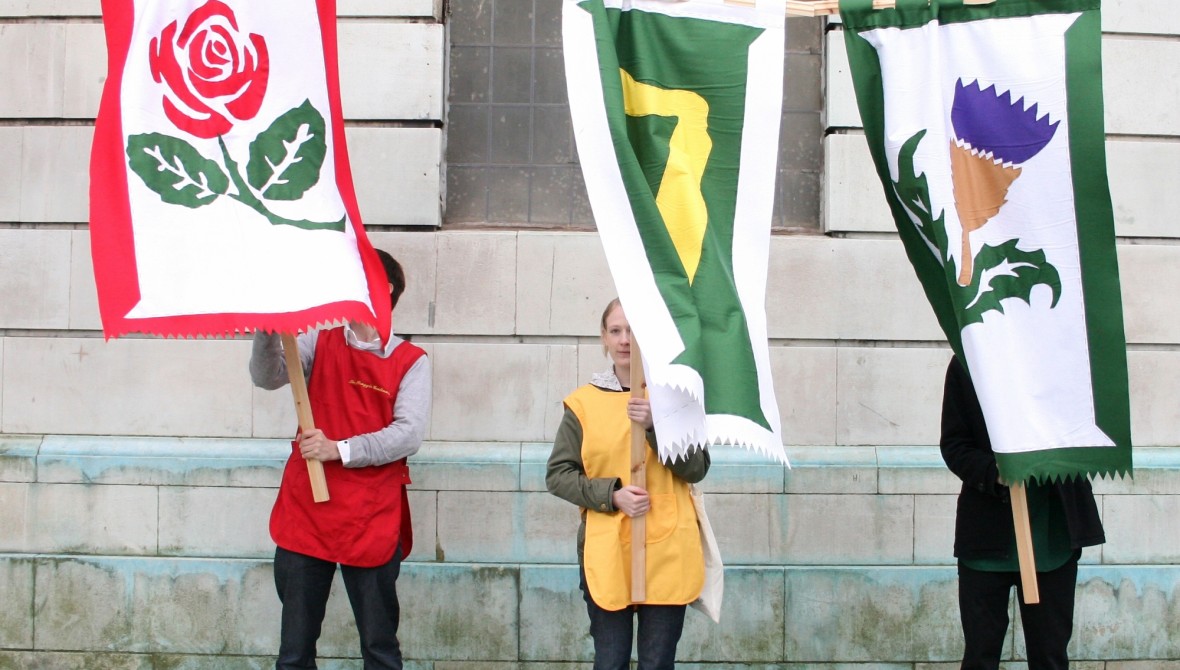 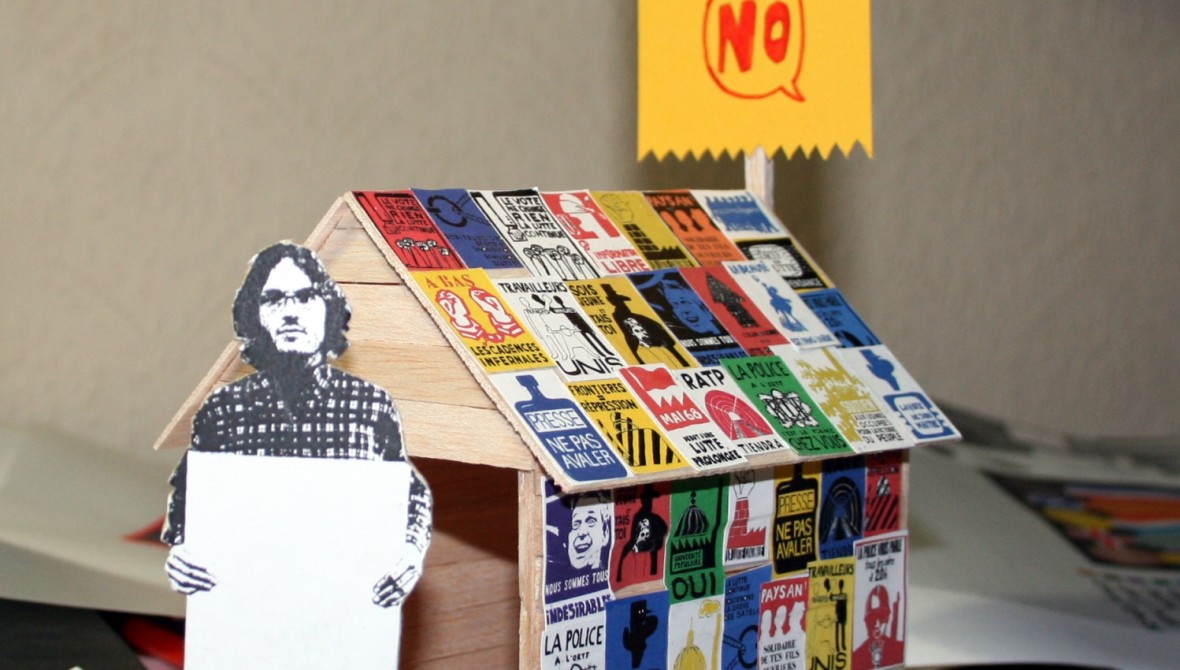 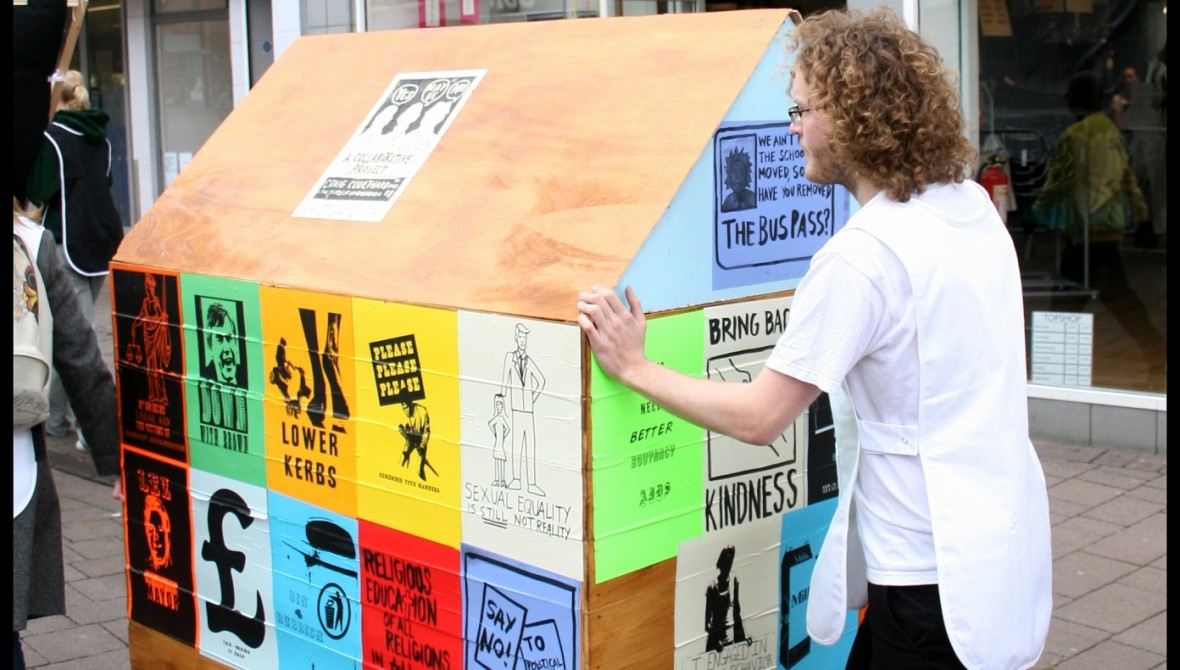 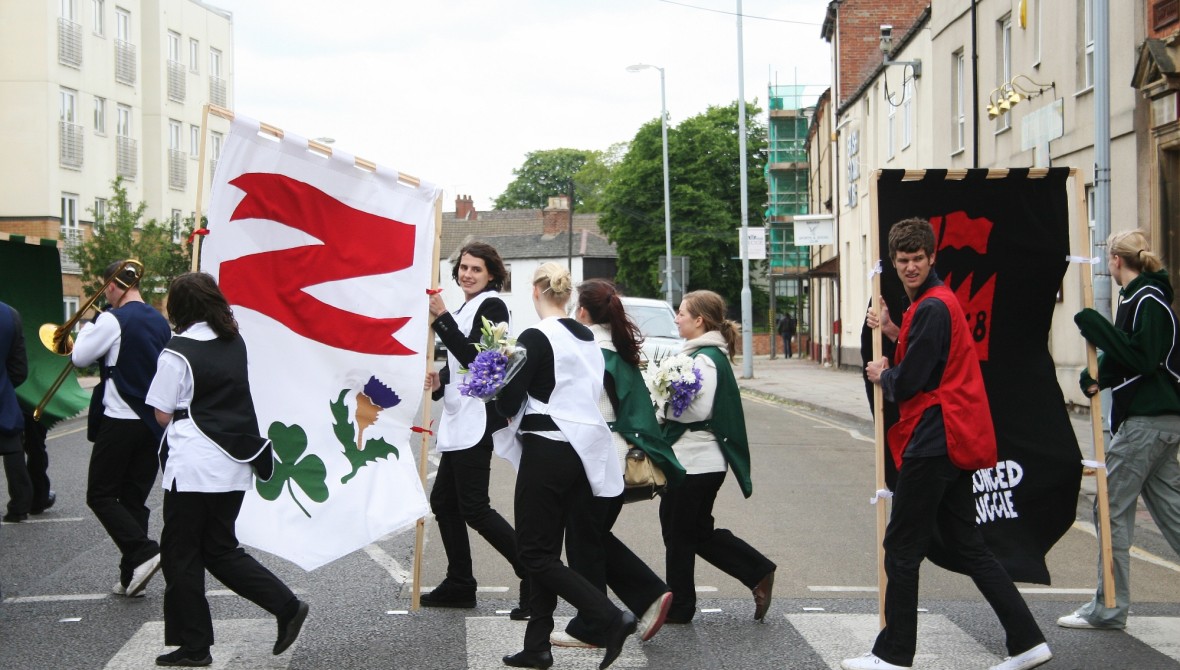 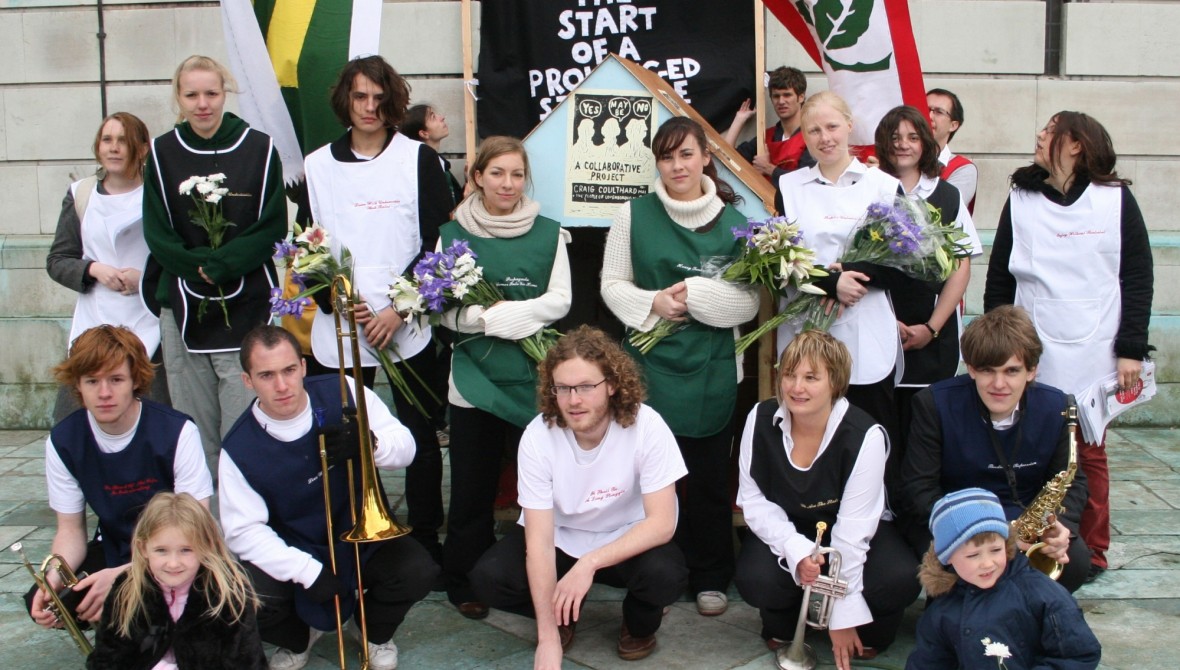 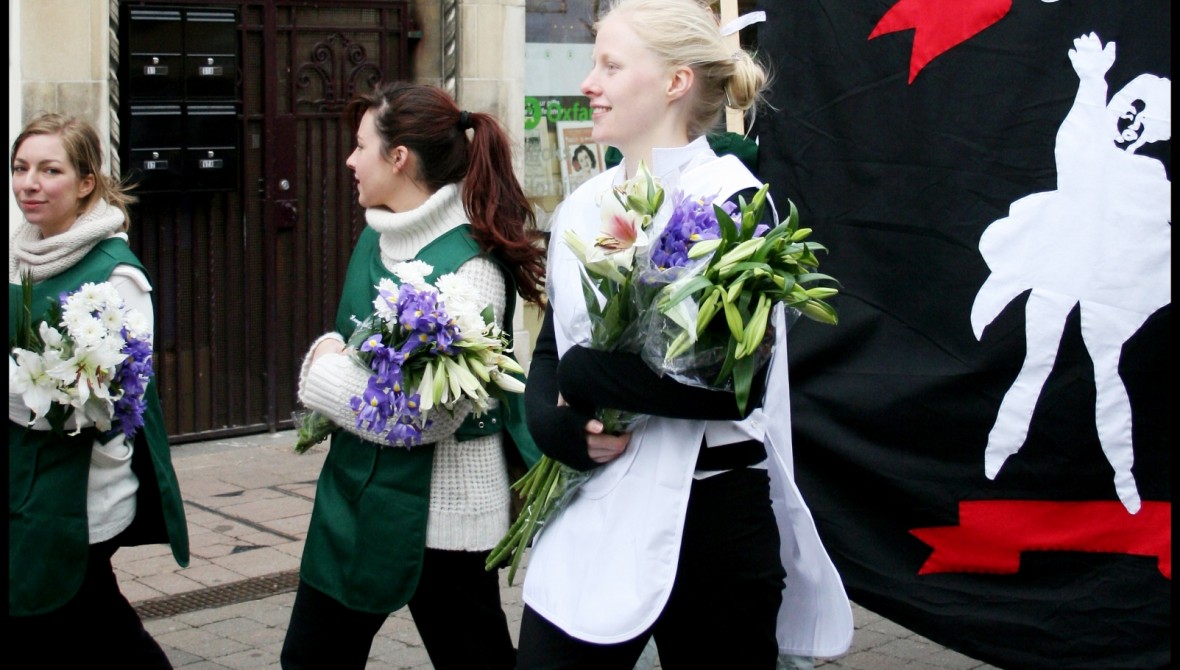 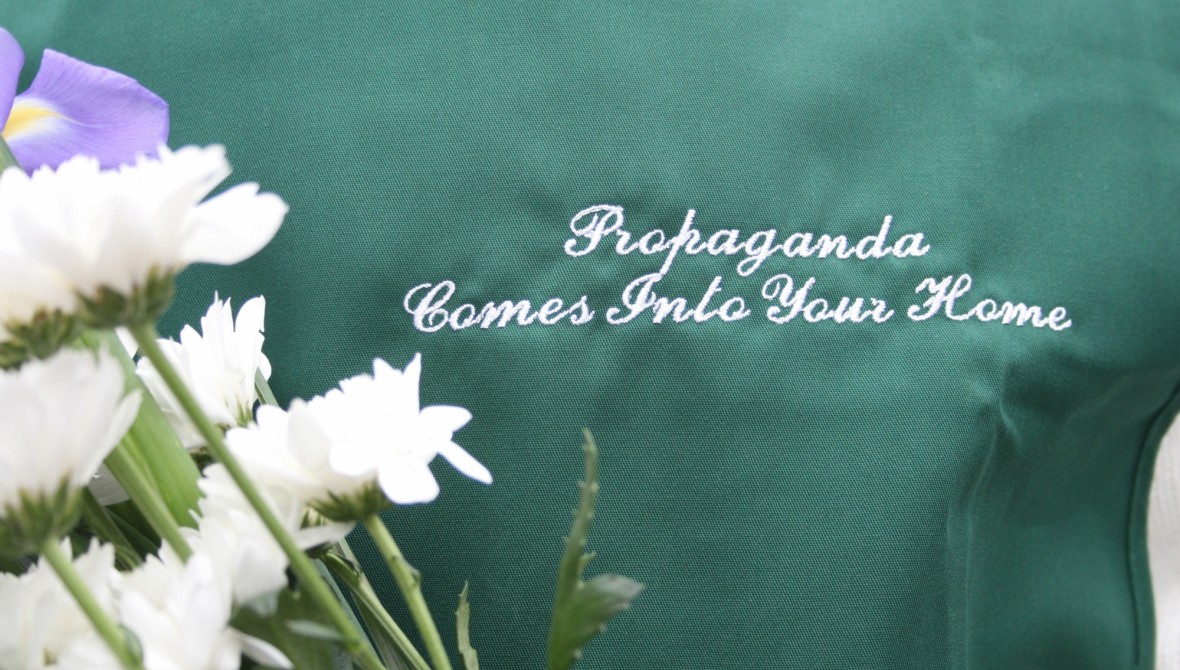 Yes May Be No

Yes May Be No explored the collaborative aesthetics of parade and protest. Coulthard constructed a handmate wooden hut which he inhabited for three days, inviting Loughborough residents to share with him their political desires. Drawing on these, Coulthard produced a collection of posters to adorn the cabin. The festooned hut was then pulled along by the artist as part of a parade, accompanied by local residents, a marching band, and handmade banners paying homage to the Paris riots of 1968.

Craig Coulthard was born in West Germany in 1981, and grew up in West Germany and the Kingdom of Fife. He completed his BA in Painting at Edinburgh College of Art in 2002, and went on to complete an MFA there in 2006. In 2003, he helped found The Embassy artist-run gallery in Edinburgh and was a founding member of the artist group Win Together Lose Together Play Together Stay Together. He continues to work in Edinburgh, and records and performs music under the name Randan Discotheque.