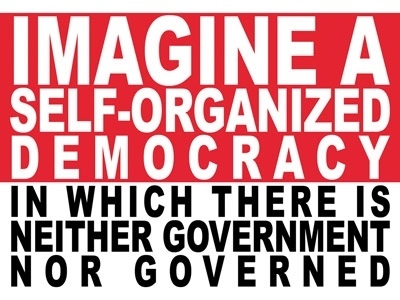 Alternative Economics, Alternative Societies is a series of works that were presented as a screensaver on computers across Loughborough University's campus. With their bold typeface and stark design, these took in the form of injunctions questioning dominant power relationships and indicating alternatives within, against and beyond capitalism.

Oliver Ressler is a Vienna based artist and filmmaker who produces installations, projects in the public space, and films on issues such as economics, democracy, global warming, forms of resistance and social alternatives.