After collaboarting with Radar to produce Roam: A Weekend of Walking in 2008, Sarah Pink, Phil Hubbard, Maggie O'Neill and Alan Radley edited a special issue of the academic journal Visual Studies on walking and art practice. This included articles by artists commissioned for the project, as well as version of papers presented at the accompanying conference. Below is Lottie Child's article on her 'Street Training' project. The formatted article can be accessed here (academic login required).

Street training in Loughborough: on climbing, testing, penetrating, playing with, nurturing, building and/or pissing on boundaries – physical, mental and social – in the perpetual making of public space 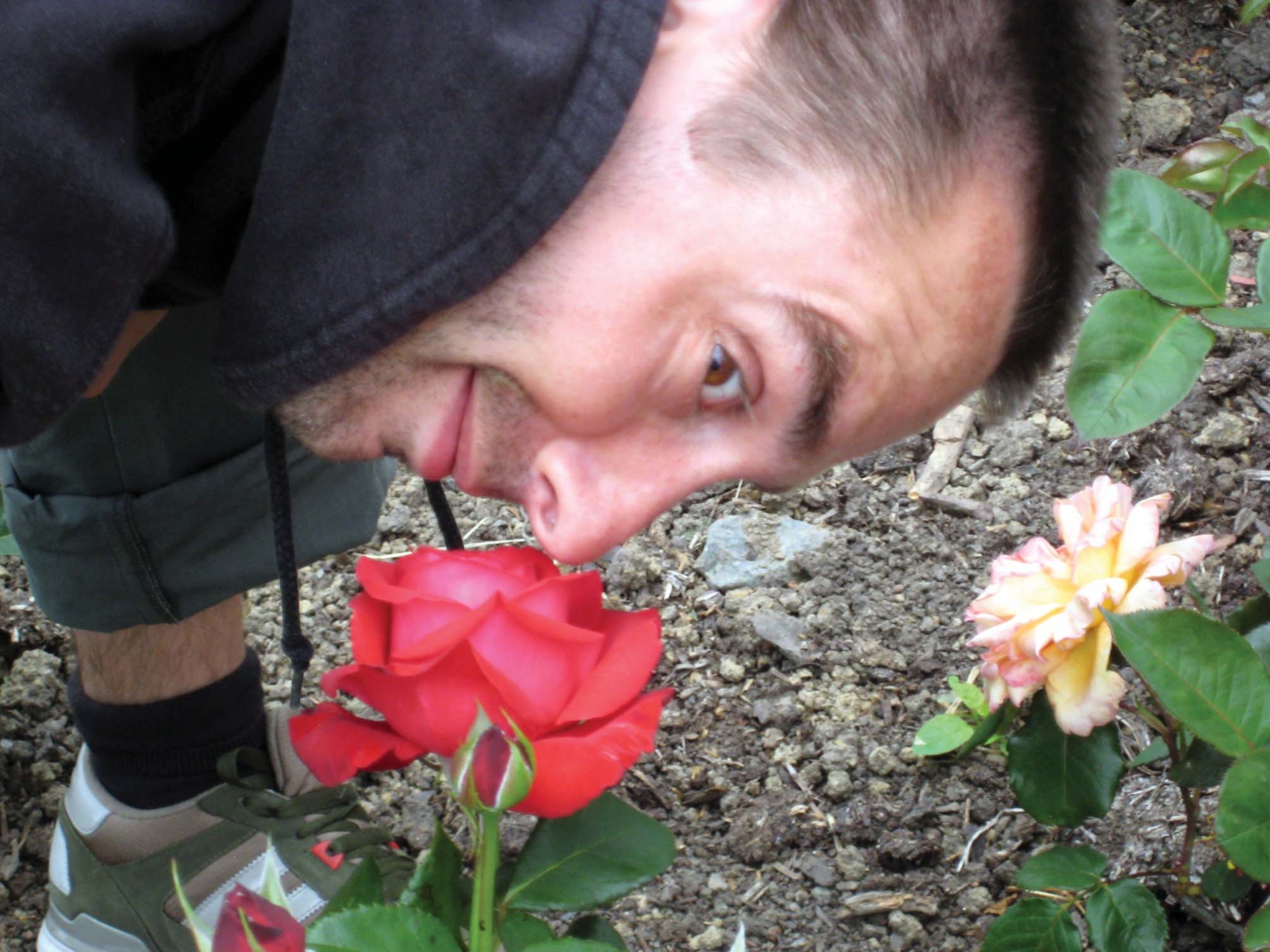 We wander into a car park, no trees, no colour, hardly even any cars. There’s a skip filled with folded cardboard boxes. Daniel approaches, circles it, then leaps with arms outstretched, and for a beautiful fleeting moment he’s a rising angel. Then thump, he belly-flops onto cardboard. We’re watching, laughing when a security guard comes round the corner; he’s really angry, telling us we are not allowed here, this is private property. Greg, with timing and wit, inserts the perfect put-down: we’re pumped, we’re moving and we don’t want to be there any more anyway. Someone says ‘start howling’ then suggests we deliberately bump into people as we walk along together.

Unless young people are in structured activities or acting as mini consumers, we assume that they are causing trouble. (Beunderman, Hannon, and Bradwell 2007)

In Loughborough I met Camilla-Catalina who was walking down the street in the cold spring sunshine with a sparkly Hula-Hoop; we found her friend Reva too. Then I met Greg, who, between trying to sleep in a friend’s garage, working long hours and obsessively practising tricks on his BMX, was totally enthused and available; a young stunt man joined us for a while; Daniel, a youth worker at the Next Level Café; Kev Ryan from Charnwood Arts bounds all the way; and John- Mark Abbot came too. As we walked and talked we casually chucked native wild flower seeds in any patch of earth.

We go to The Rushes, a shopping centre in the heart of Loughborough. It could be anywhere, it’s sanitised, nondescript and full of chain stores. A sports shop dominates one end of the shopping centre and a hoarding proclaims SPORTS in big letters; we read it as an invitation to jump on and off the metal bench and Greg practises tricks on his BMX. Inside, the shop has a very long escalator which I mount the handrail of, laying my body on it and riding all the way to the top. The mechanism drags a bit halfway up and I think it’s going to stop but it judders a little like a fairground ride and keeps going; the security guard looks on unimpressed.

We each go off on our own. I go mooching in corners making people uncomfortable with my aimlessness. We regroup, kick around in a wide open muddy space where a dojo used to be.

Street Training has been encouraging people to shape urban spaces with the ways they behave since 2006. Street-training sessions, videos and Street Training manual pocket books contain a wide variety of advice on how to be safe and joyful on the streets, in a way that is presented as the Path of Safety and the Path of Joy. The practice has the feel of a martial art: it requires regular attention and practice, and it can help improve joyful and safe behaviour, thus enriching environments and our experiences of them. Despite increasingly sanitised and homogenised urban centres, everyone does something over and above walking to the shops and work wearing their walking-down-thestreet face.

It is only when we step out of the accepted codes to follow a desire not concurrent with the hyperconsumption agenda that we realise the array and kinds of people and behaviours we are missing out on as these smoothed-out spaces become increasingly the norm.

Street Training is continually developing research and techniques that include asking urban people how to be safe and how to be joyful on the streets. During 24-hour walks passers-by are asked the question about how to be safe on the streets. They usually have lots of advice. A street cleaner says ‘blend in, don’t stand out, be a ghost’. A homeless man called Kermit replies ‘scare the shit out of people’. A dog walker responds ‘don’t go out on the streets, it’s dangerous’, and we are told ‘only cross the road at the lights’ by a young boy of seven or eight. It seems that people perceive a level of risk on urban streets mismatched with the actual danger. Imagined threats, fed by the media and flamed by fearful talk, are passed among us. The effects are both far-reaching and internalised, leading people to stay at home and fear spaces, other people and anything ‘out of the ordinary’.

How to be joyful on the streets? The question of joy is harder for most people to answer. This is exemplified by a shop owner on Caledonian Road, North London saying ‘you don’t be joyful on the streets, you go to the park’, or a homeless teenager saying ‘you can’t be joyful in the streets, you drink to forget’, or another shopkeeper saying ‘some people is happy, some is not’. But joyful behaviour is being innovated in site-specific and boundary-pushing ways, educating its practitioners and all those who come into contact with them. These experts are children and young people, having water fights at the bus stop, chucking a shoe over a railway bridge, floor surfing on a shiny shopping-centre floor, or maybe smelling roses.

We ask that people don’t challenge security guards and when things get sticky, just to keep moving …