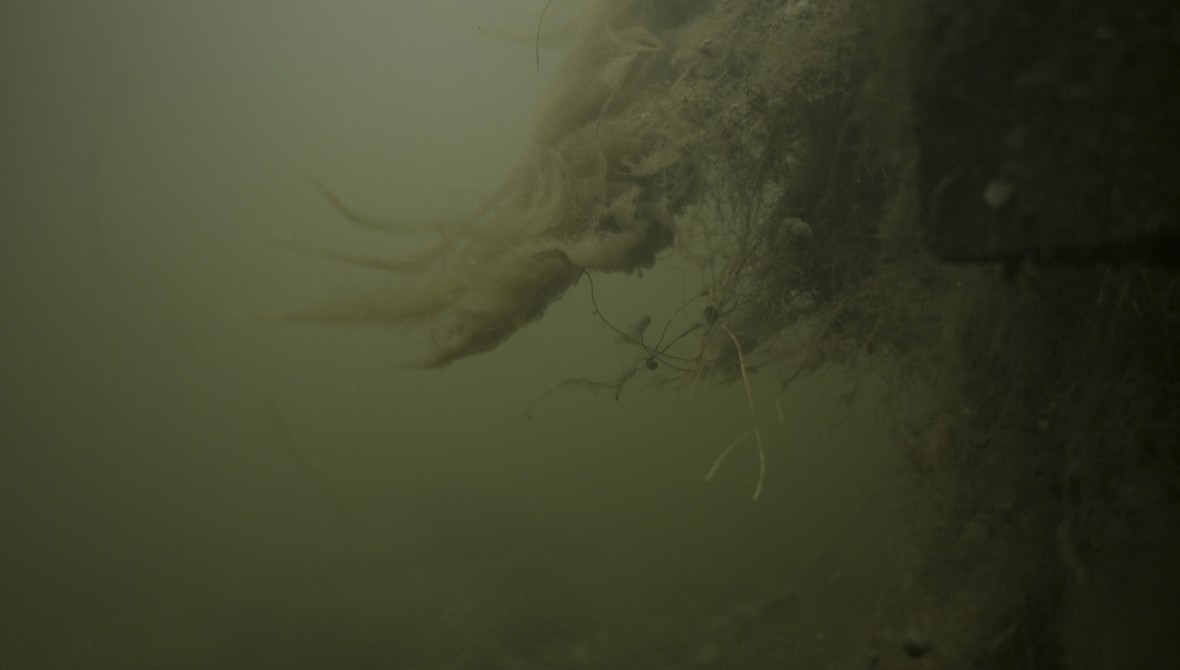 (Photo credit: Still from Creatures of the Lines)

Creatures of the Lines is a new film by the artist Sonia Levy, produced in collaboration with the environmental anthropologist Heather Swanson. It explores how the desire for economic growth and linear progress has produced straightened forms in England’s watery landscapes, and asks what risks are associated with the conversion of once-curvy and braided worlds into a linearised landscape.

Watch the full film via st_age.

Drawing on Levy and Swanson's longstanding research interests and conversations exploring the risks to and in aquatic ecologies with academics from Loughborough University, the film explores how English waterscapes have been transformed via the construction of canals. As arteries of British Empire, canals linked Indian cotton fields to domestic textile mills, facilitating vast ecological transformations from monoculture agriculture in the colonies to industrial discharges in England’s waters, soils, and airs– and thus serve as a key site for exploring often-overlooked histories of colonial capitalism and their material presences in contemporary British worlds.

Attempting to work from within muddy, submerged sites, rather than from grand narratives or “god’s-eye” viewpoints, the work begins inside canals, telling stories from within the lines. Making use of the open-ended sensibilities of ethnography and natural history, it raises questions about ecological transformations and their ties to infra/structures of global political economy.

The work was informed by workshops with students of University of California, Santa Cruz and NYU Gallatin; and a work-in-progress screening hosted by Radar in summer 2021.

A (Highly) Partial Field Guide to British Canals, a glossary of terms related to the film, was produced by Swanson and Levy in conjunction with the film's screening by the online arts and ecology publication platform st_age. This can be read here.

Creatures of the Lines was supported by Aarhus University's Ecological Globalisation Research Group, with the support of the Carlsberg Foundation (Distinguished Associate Professor Fellowship CF17-0872).

Creatures of the Lines: Cut 1, A Workshop

A screening of the first cut of Sonia Levy's 'Creatures of the Lines'. Read more

The Linearization of Landscapes: Patterns of Water, Terrain, and Life

For the Love of Corals Screening (IAS 'Water' Theme Launch)

Screening of Sonia Levy's 'For the Love of Corals' as part of the Institute of Advanced Study's 'Water' theme launch. Read more

A glossary of terms produced by Sonia Levy and Heather Swanson to accompany their film Creatures of the Lines. Read more