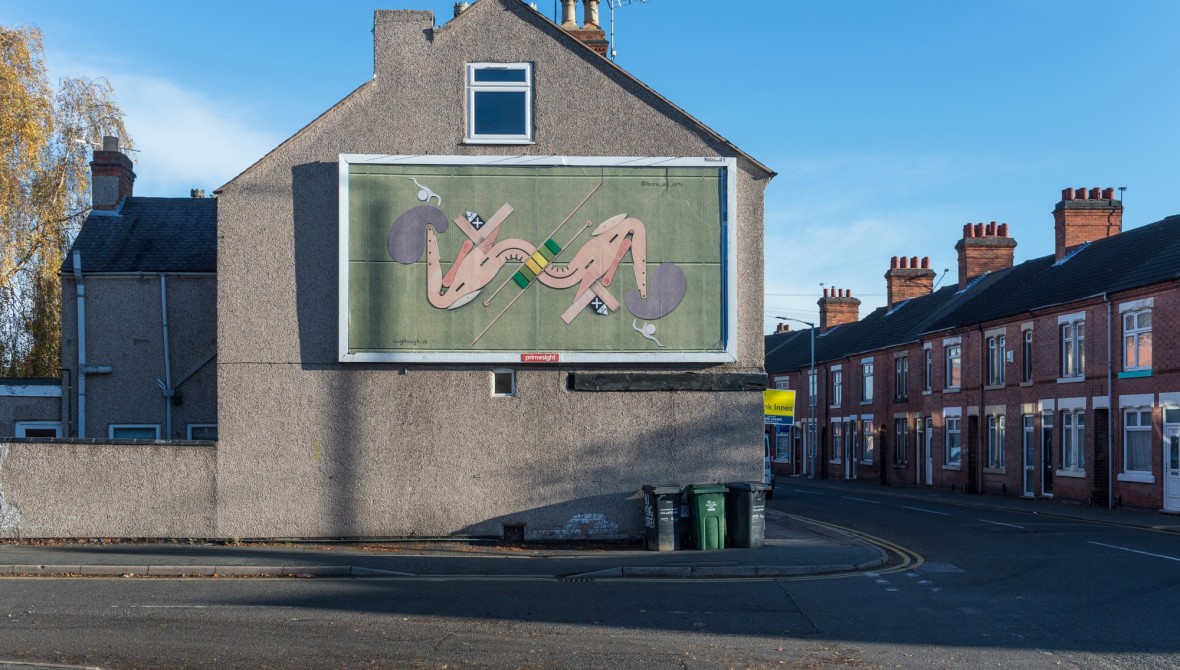 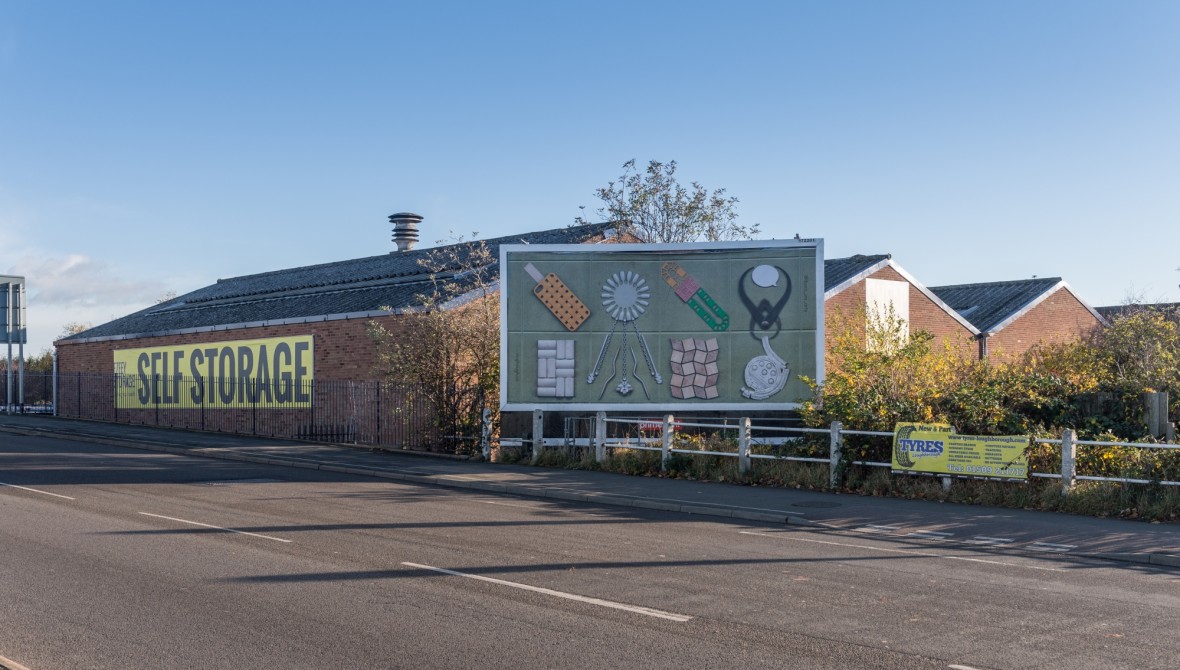 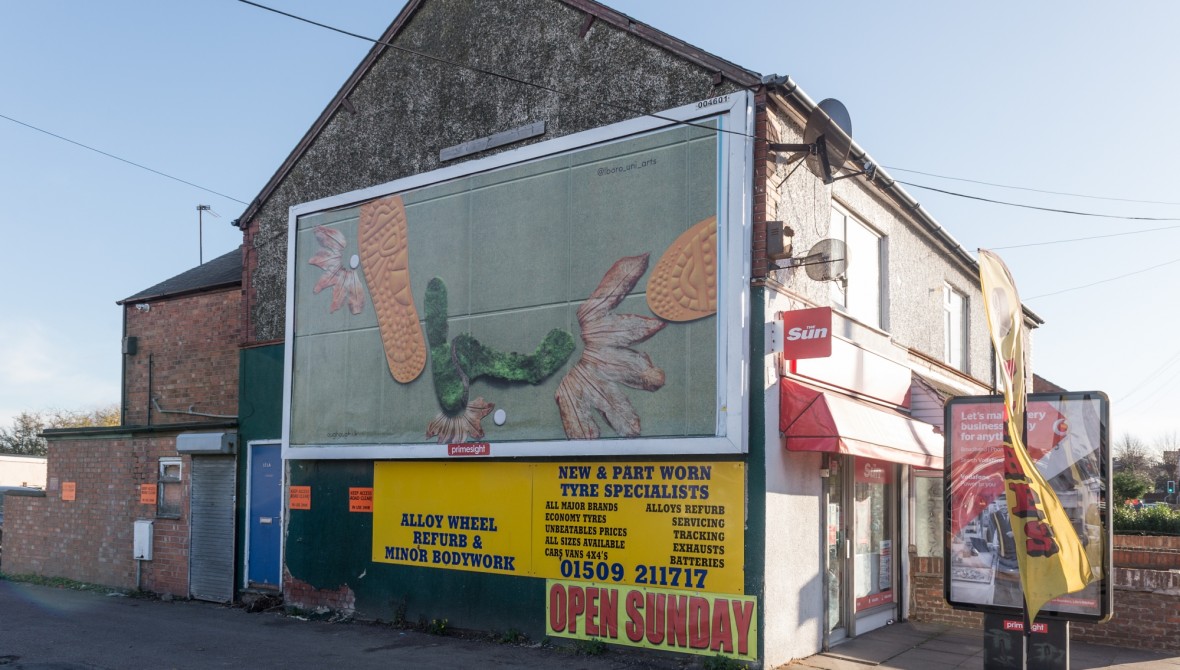 Europa collaborated with the artist and illustrator Peter Nencini to rethink Loughborough's town branding. "Our work in Loughborough has engaged us with thinking about identity and place and a graphic designer's role in relation to this", they stated. "Much of our time visiting Loughborough has been seeking out the unusual bits that contribute to the character of the town - the 'ough' and the 'ough' rather than the 'L' and the 'bor'."

After making several visits to the town they produced three graphic responses which were shown on billboards in the town; as well as writing an extended essay - 'The Identity Facade' (linked below), which explored the relationship between 'place-branding', graphic design and Loughborough.

Europa is a graphic design studio formed in 2007 and run by Robert Sollis and Mia Frostner. Gareth Lindsay joined the studio in 2013 and Lauren Budestschu in 2015. In parallel to their studio Europa run the second year of the BA Graphic Design course at Camberwell College of Arts. Europa design books, signs, graphic identities and exhibitions for institutions such as Wellcome Collection, Tate Modern, Royal College of Art, Somerset House, Victoria & Albert Museum and Greater London Authority, artists such as Ryan Gander, Martin Beck and Alice Channer and architects such as East, DK-CM and We Made That.

An essay by Europa and Peter Nencini to accompany their Market Town commission, 'ough'ough. Read more