This is Just What I Saw 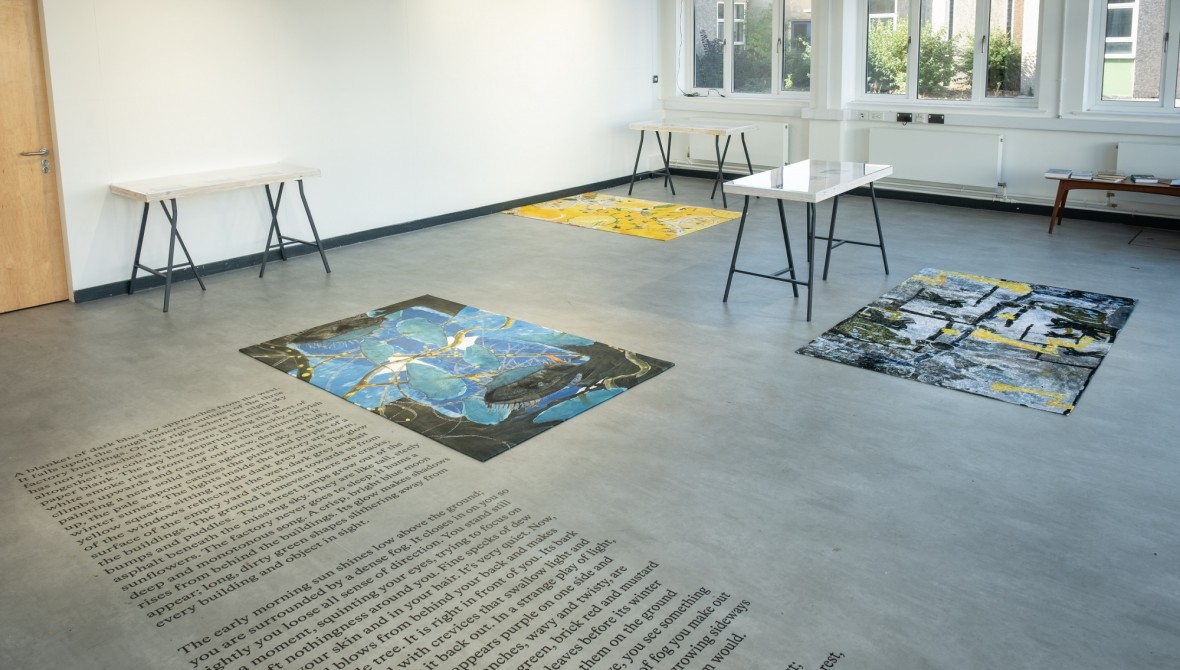 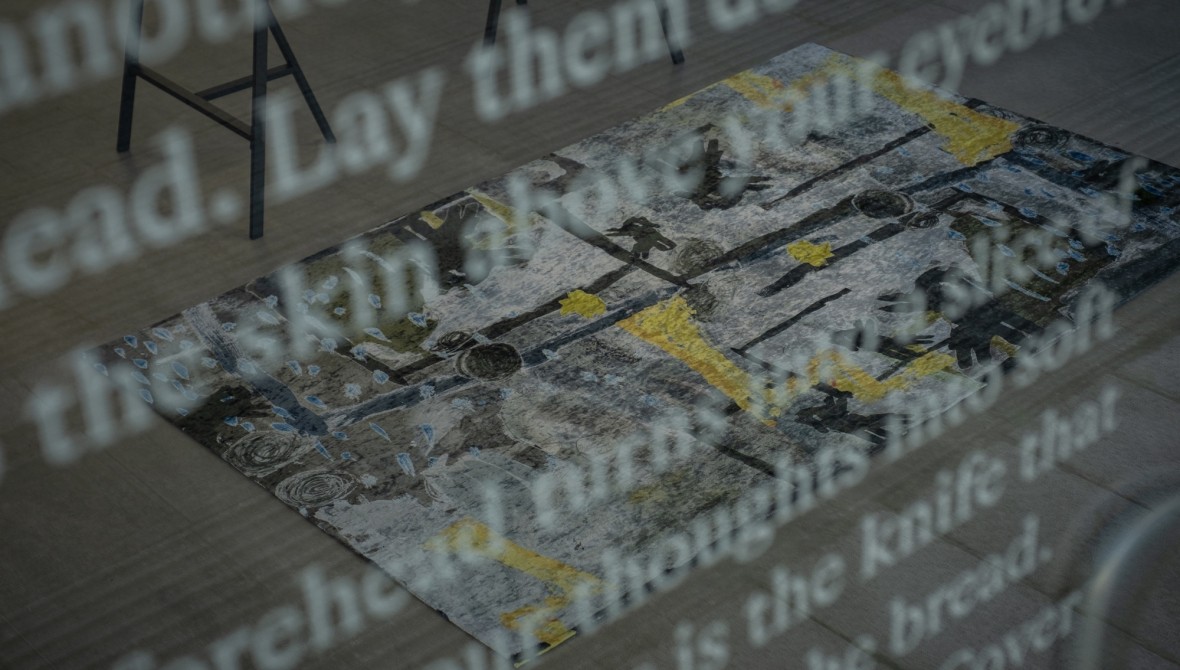 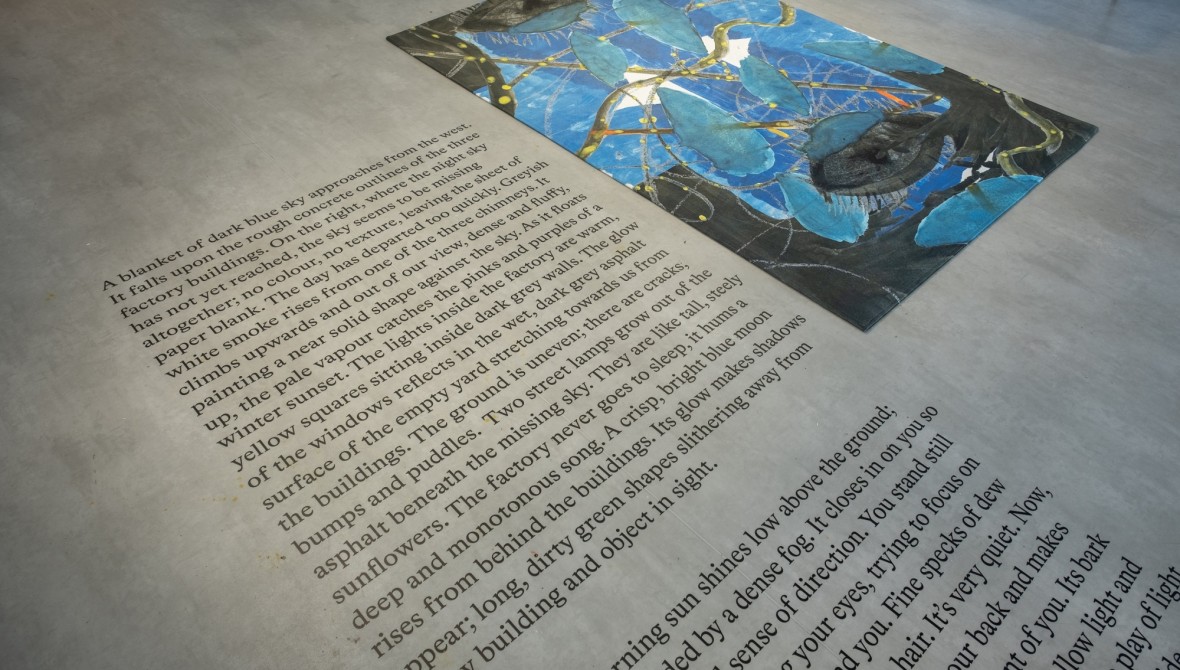 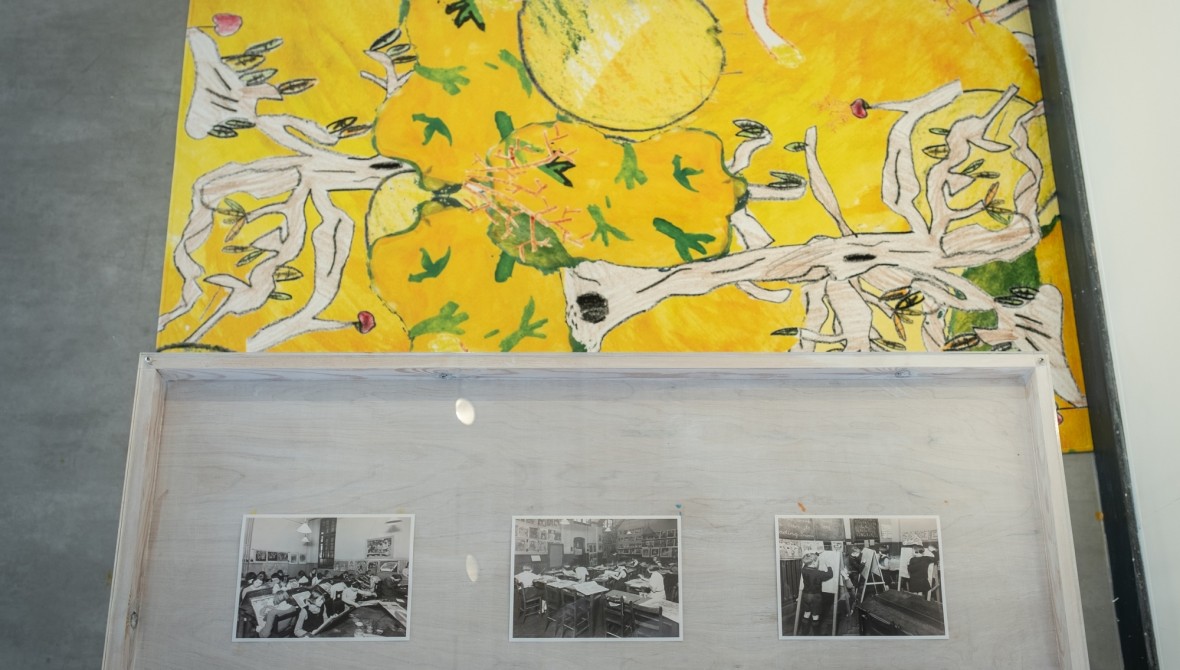 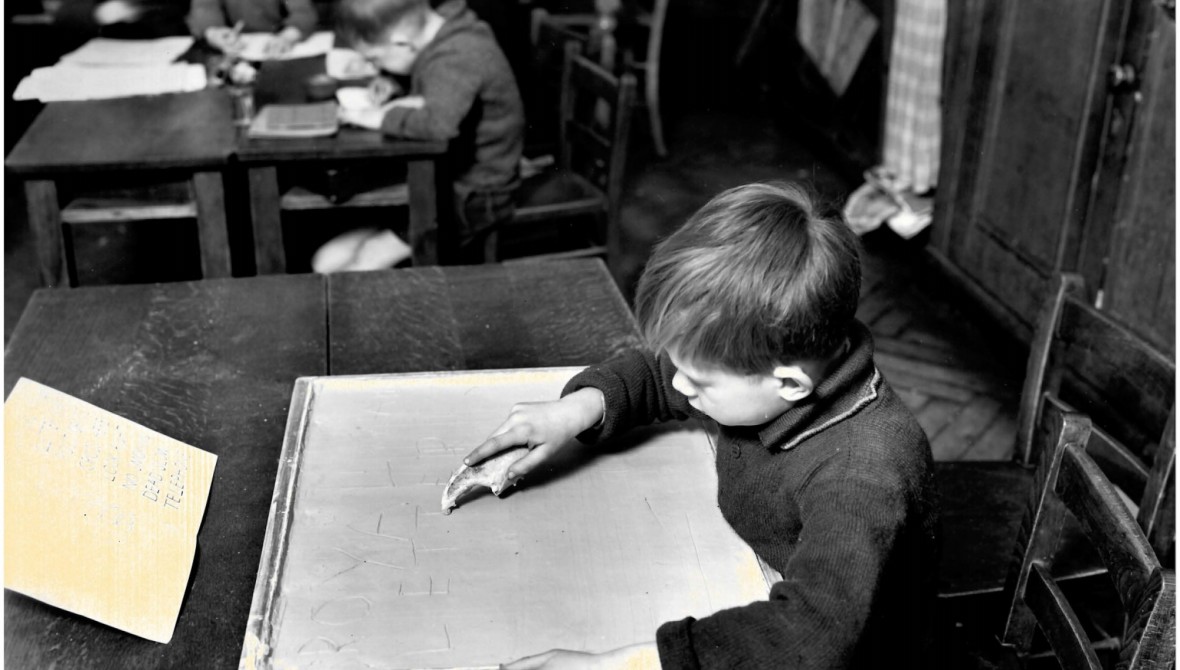 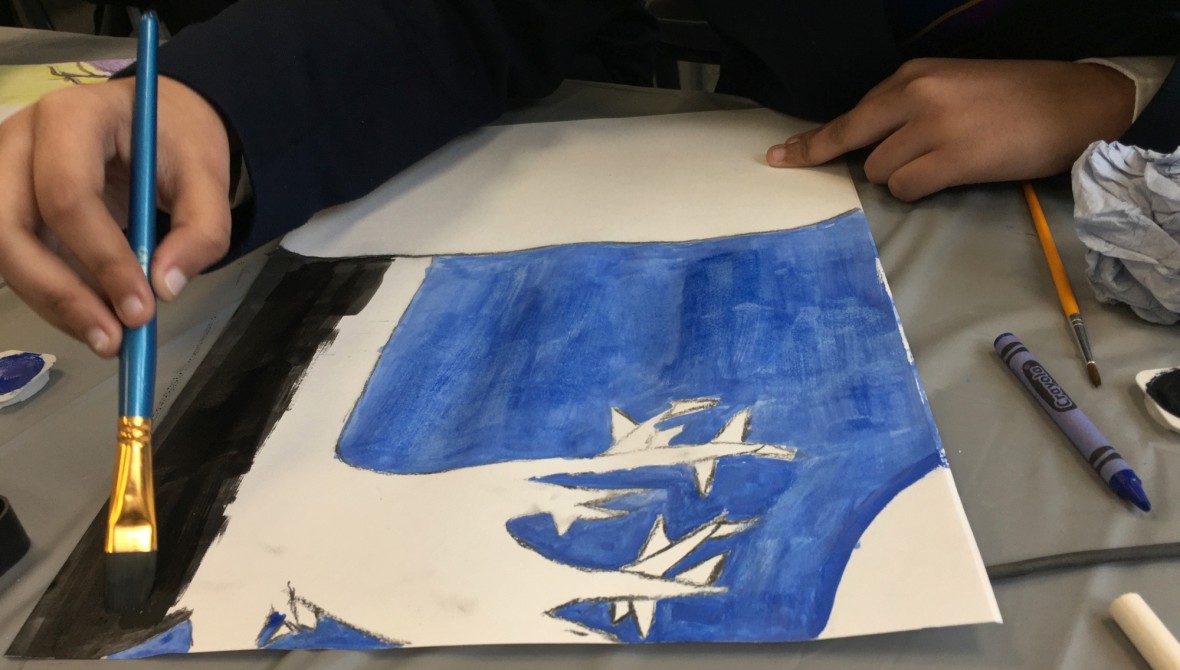 (Photo credit: A workshop from the project. Picture: Katarina Hruskova) 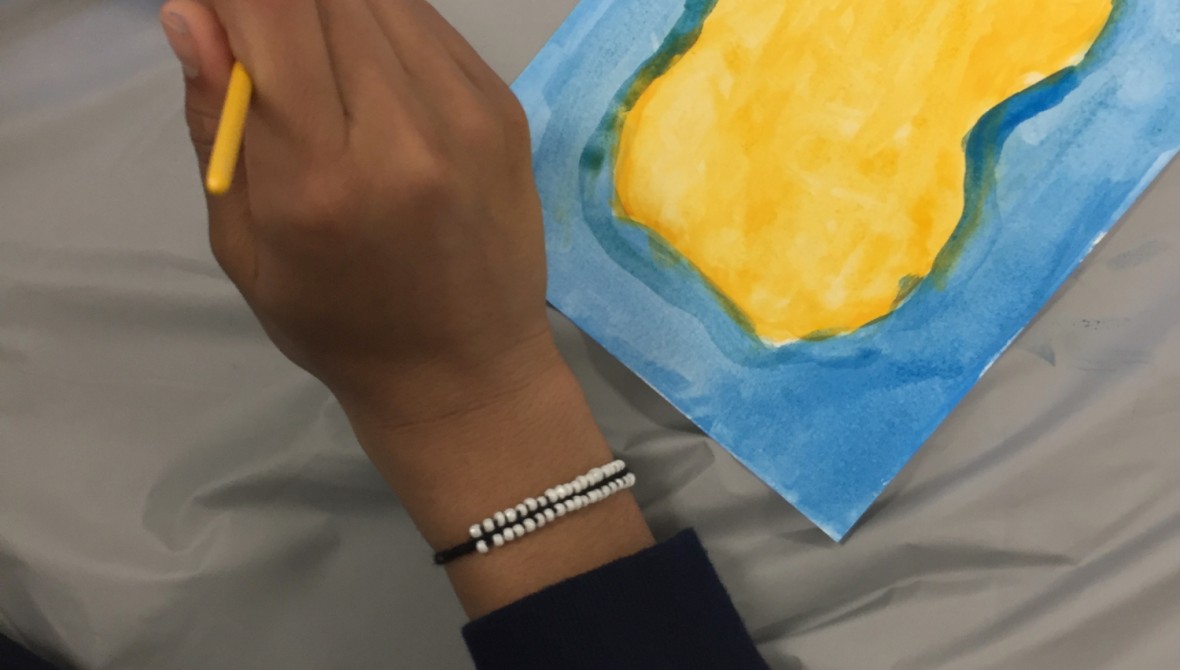 (Photo credit: A workshop from the project. Picture: Katarina Hruskova)

Inspired by the archive of influential art teacher and child art movement pioneer Marion Richardson (1892-1946), This is Just What I Saw was a collaboration between artist Katarina Hruskova and Reader in Human Geography Sarah Mills. It combined archival research, participatory workshops with children and young adults, sound, and installation.

Richardson's methods of teaching art were far removed from the emphasis on copying from life practiced by most of her contemporaries. Instead, she sought to arouse children’s visual awareness, to encourage self-expression and to enable pupils to evaluate their own work. Her pupils would sit with closed eyes, perhaps listening to a description, and wait for images to appear in ‘the mind’s eye’. Richardson situated her approach between “training which is discipline and creativity which is art”. Her archive at Birmingham City University provides an entry-point to examine a number of themes relating to the geographies of education and the philosophies, spaces and practices of learning and its material cultures.

Drawing on this, Hruskova produced lyrical, descriptive soundworks that were utilized in workshops led by her and Dr Mills, in which participants produced drawings in response. These drawings informed the design of three carpets, which also included representations of gestures made by participants. These carpets were exhibited in the University's Martin Hall Exhibition Space along with the soundworks utilized in the workshops, poetic texts designed to stimulate 'the mind's eye' and reproduced materials from the Marion Richardson archive.

Katarina Hruskova (born 1984 in Ruzomberok, lives and works in Berlin) studied at the Rietveld Academie in Amsterdam (BFA) and the Royal College of Art (MA). Hruskova’s work in photography and written/spoken word translates the body’s affective relationship to space by relating an intimacy to the inanimate and inconspicuous. She points out the potency of objects and matter that slip under the radar by way of constant presence and proximity. She creates places of safety to nudge at their borders; she occupies a fragile comfort zone where prolonged stillness provokes action. Recent exhibitions and performances include Useful Photography at the Slovak National Gallery in Bratislava (SK), The waning yolk at Swiss Cottage Gallery in London (UK), Porous Whispers at Obroncow Stalingradu 17 in Szczecin (PL), The Skin of the Eye – pt.1 at Vermillion Sands in Copenhagen (DK), Black Tower opening night at Black Tower Projects in London (UK), Sign just under the skin at House of Egorn in Berlin (DE). She has taken part in residencies in NY (Residency Unlimited, 2018 and Brooklyn Langer Residency, 2014), Italy (Residenza Petrolio/ amt_project, 2015), and Slovakia (Banska St_a_nica Contemporary, 2011 and 2014) and was one of the recipients of the 2017 Oskar Cepan Award (YVAA). Her work has been featured in Artforum International, Whitehot Magazine, It's Nice That, Mouvement, Fotograf Magazine and VVORK.com. In 2019 she will take part in the VARP Visual and Sound Arts programme at AIR FUTURA in Prague (CZ) and work on a solo exhibition at Galeria HIT/ Galeria Jozefa Kollara in Banska Stiavnica (SK)

This is Just What I Saw: Exhibition

This Is Just What I Saw: Opening and Conversation

The launch of 'This is Just What I Saw', featuring a conversation with Katarina Hruskova and Dr Sarah Mills. Read more

Exploring the material cultures and politics of play through film and conversation. Read more

Bodies at Play: A Report

A report on 'Bodies at Play', an event exploring the material cultures and politics of play through film and conversation.
Read more

‘This is just what I saw’: sight, sound and spaces of art education

Dr Sarah Mills explores how her research interests relate to This is Just What I Saw, her Radar commissioned collaboration with the artist Katarina Hruskova.
Read more