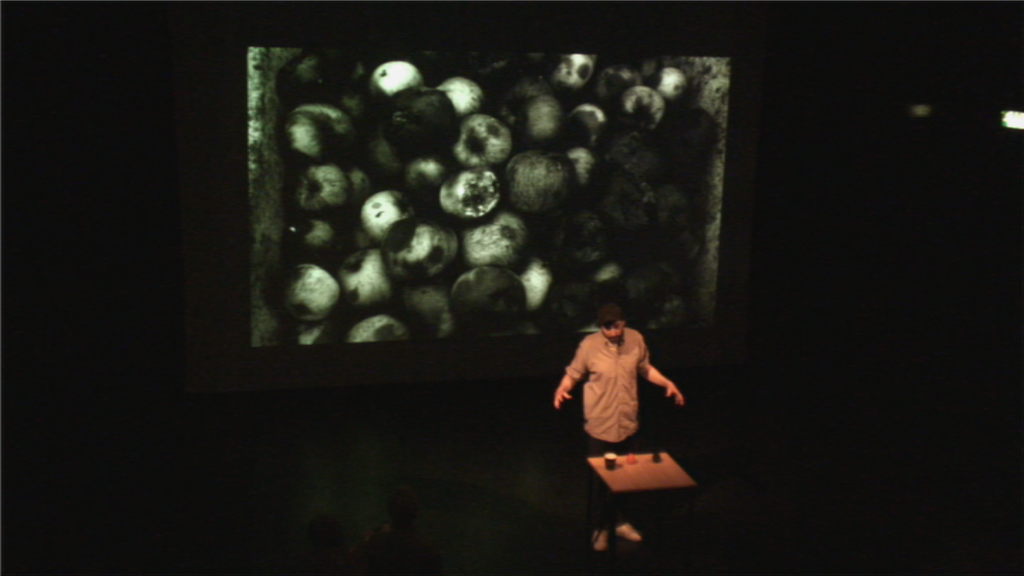 Tris Vonna-Michell responded to the architecture and environment of the University campus to produce a performance monologue combining slide projections with a meandering and partial narrative. Reeling off fluent, astoundingly rapid monologues, both mesmerising and manic, his approach revealed a form of personal research that compounded experiences of different surroundings. His narratives reflected on the creation and dissemination of history through spoken word, and the translation of meaning from one place to the next.

Tris Vonna-Michell's style is both physical and intimate, and he uses ephemeral objects both as markers within his narratives, and to highlight his proximity to the audience. Tris often uses an egg timer to determine the duration of his monologue, sometimes asking his viewers to dictate this time frame. Consequently, his monologues are both dramatic performances and exercises dictated by self-limitation and external constraints. Props and images used in the performance space - 35mm slides, documents, photographs, found objects - form a web of personal and historical associations, ghosts of previous works and places. He was nominated for the Turner Prize in 2014.