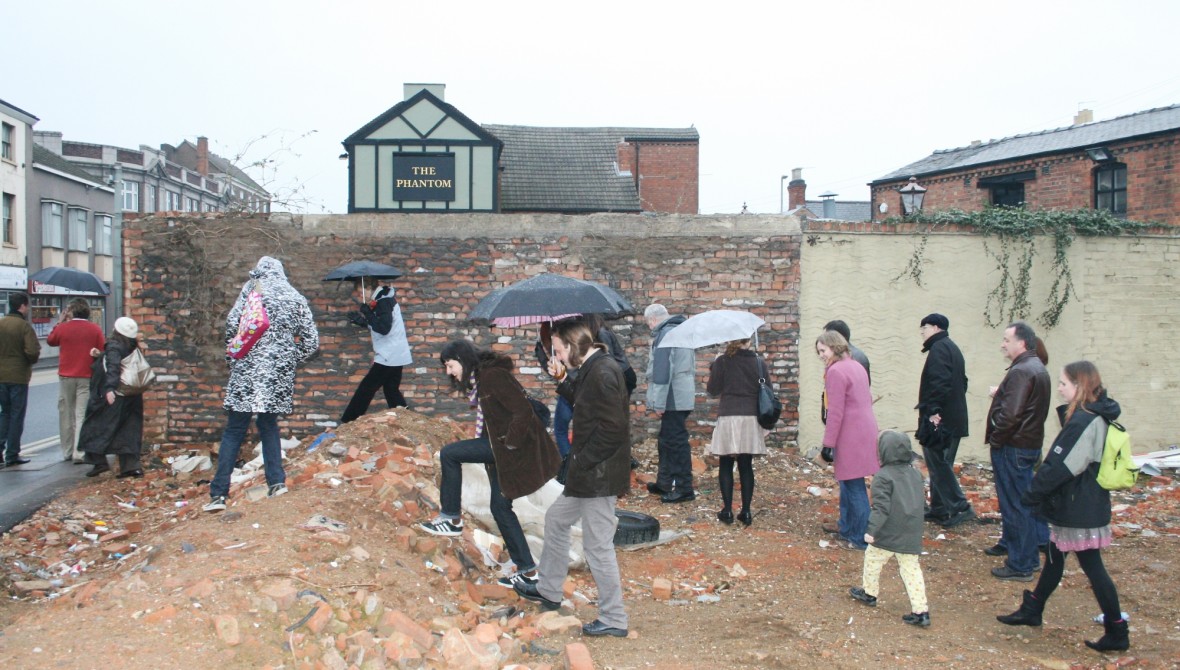 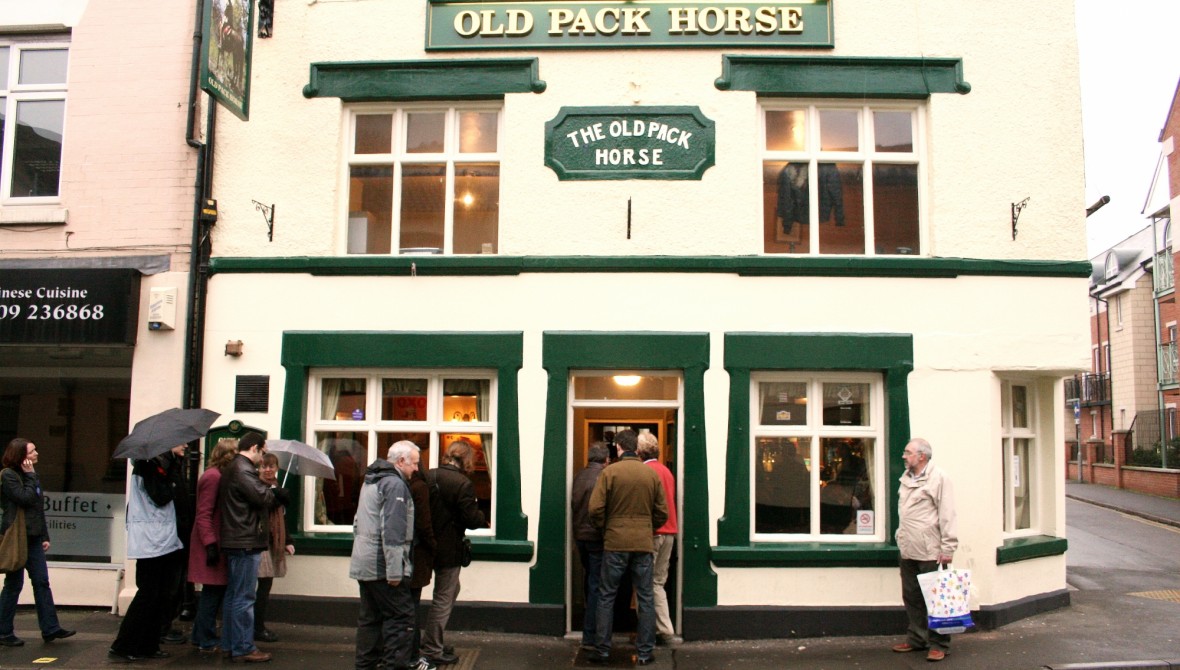 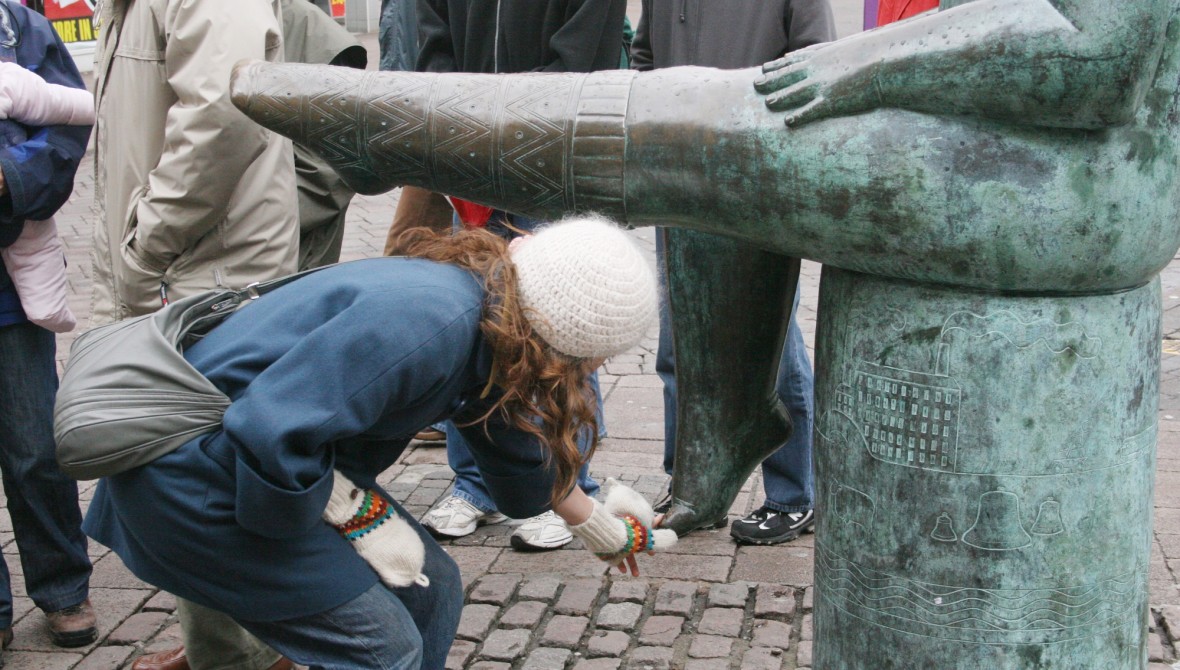 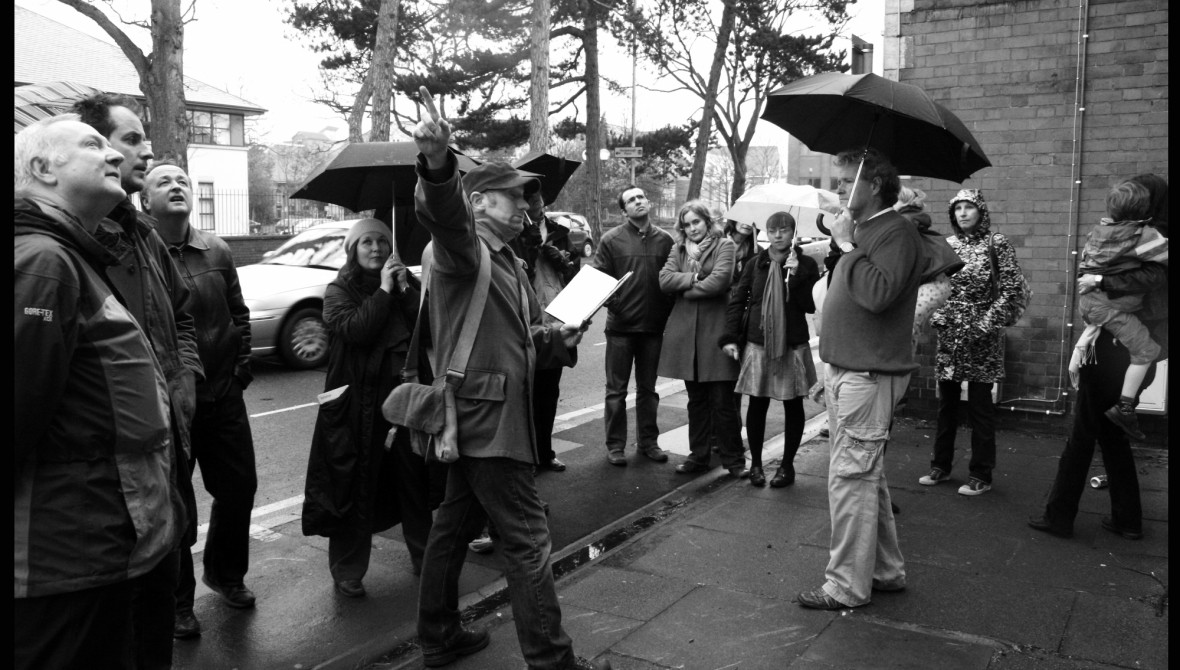 Tim Brennan's guided walk retraced the route taken by the town's Luddites on an infamous evening in June 1816. The route dropped into a number of pubs in which the Luddites drank prior to their notorious night of machine wrecking. Using a broad range of quotations, which revisited or undermined historical facts, Brennan encouraged fellow walkers to take a new approach to historic events.

Tim Brennan has gained critical acclaim for his 'manoeuvres' (tactical walks), which he describes as 'existing in a region between traditions of performance art, the historical tour, loco-descriptive poetry, pilgrimage, expanded notions of sculpture, curating and plain old pedestrianism'.