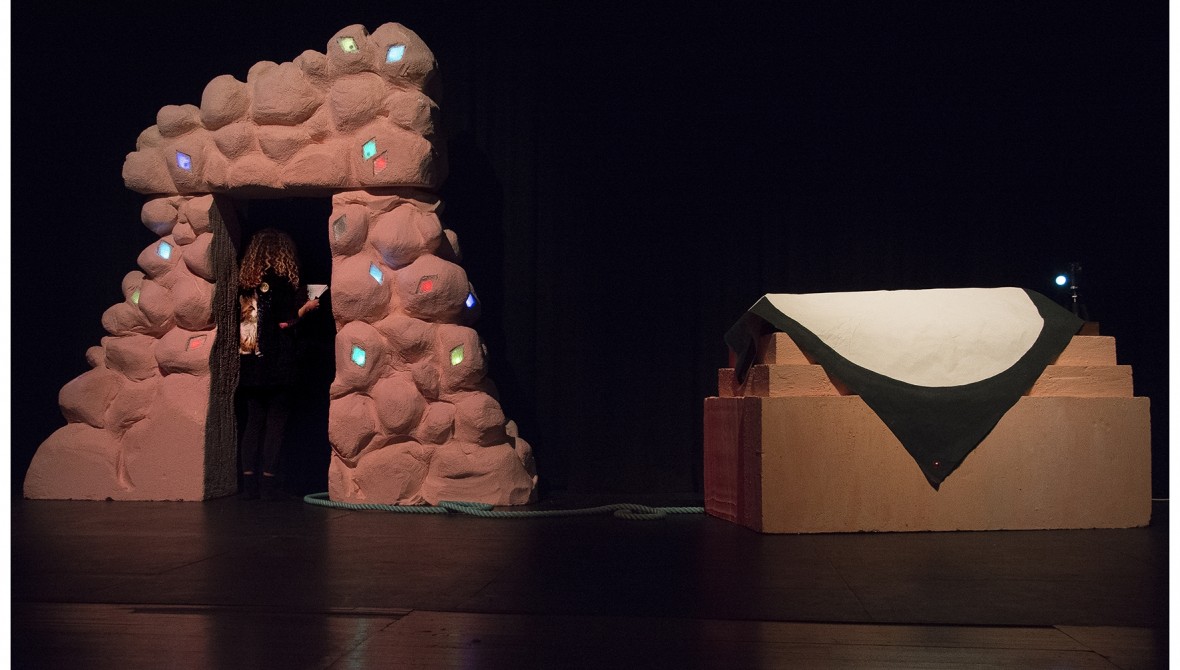 For A Weekend of Weird, Tai Shani  developed and presented an early iteration of a chapter from her Turner Prize shortlisted 'Dark Continent' series, which uses performance, text, film and sculpture to give form to a utopian 'city of women'. This allegorical space allows the exploration of ‘feminine’ subjectivity and experience, with 'the feminine' coding not as female but as 'a kind of radical otherness to any conception of the real; as well as the potentials of a realism defined by excess and the irrational, qualities traditionally surrounding notions of “femininity”. A non-place, a home to out-of-placeness, a deliverance from otherness.

‘Dark Continent’ is the gates to this city out of time, an installation which combines text, film, sculpture, a series of three staged performances and a window through which to see. A gesamtkunstwerk braiding narratives, fictions and mythologies, a Dionysian descent into rapture, ideology, language and flesh into the bottomless pit told through a neanderthal hermaphrodite, a medieval mystic and the woman on the edge of time.

A city gated by sirens, the siren’s song, a song that leads us to a place of origin and disappearance, an approach to what is not yet there, a city which is simultaneously internal and geographic, past and future, part ruin, part construction, existing between destruction and becoming.

Tai Shani's multidisciplinary practice, comprising performance, film, photography and installation, revolves around experimental narrative texts. These alternate between familiar narrative tropes and structures and theoretical prose in order to explore the construction of subjectivity, excess and affect and the epic as the ground for a post-patriarchal realism.