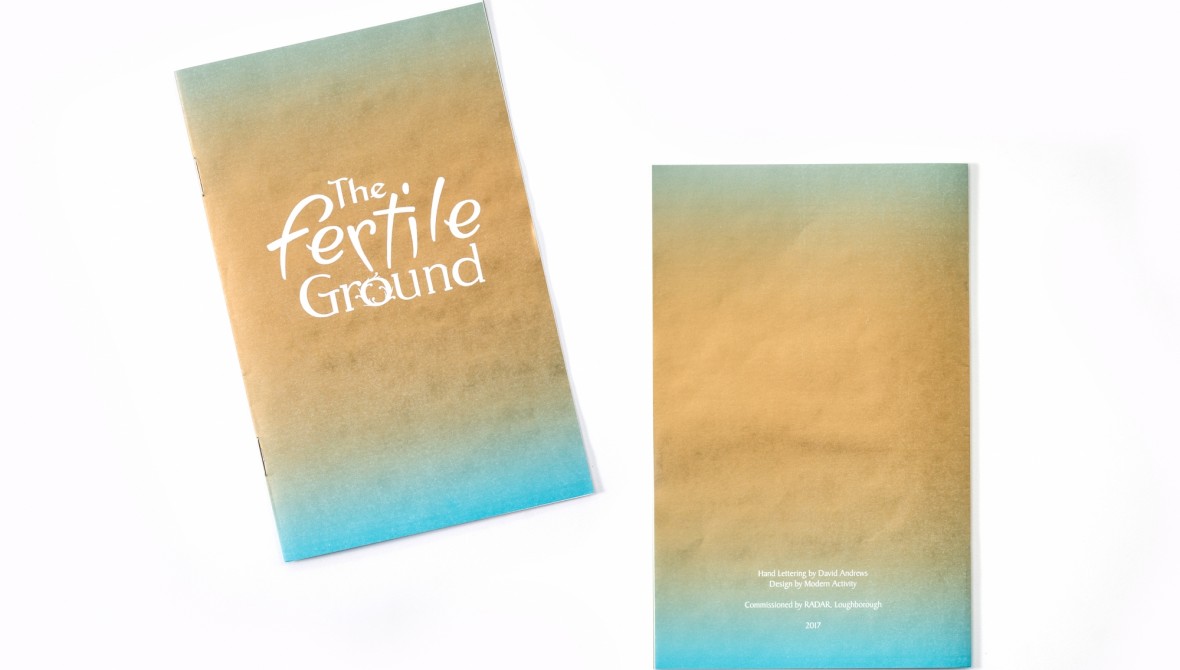 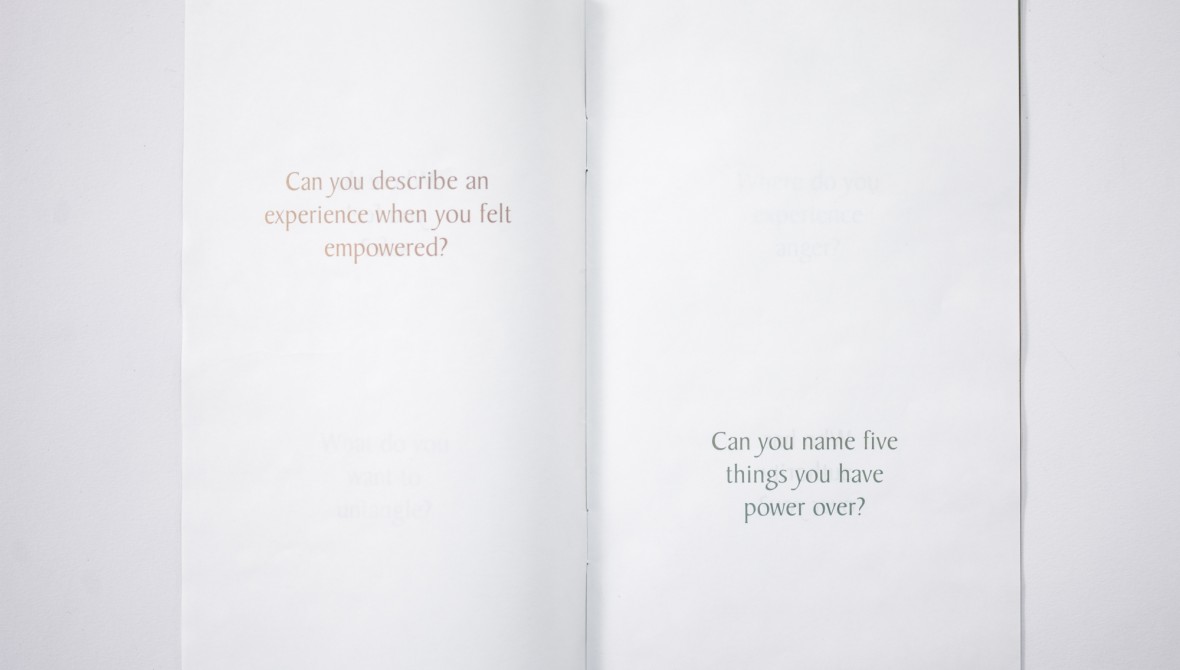 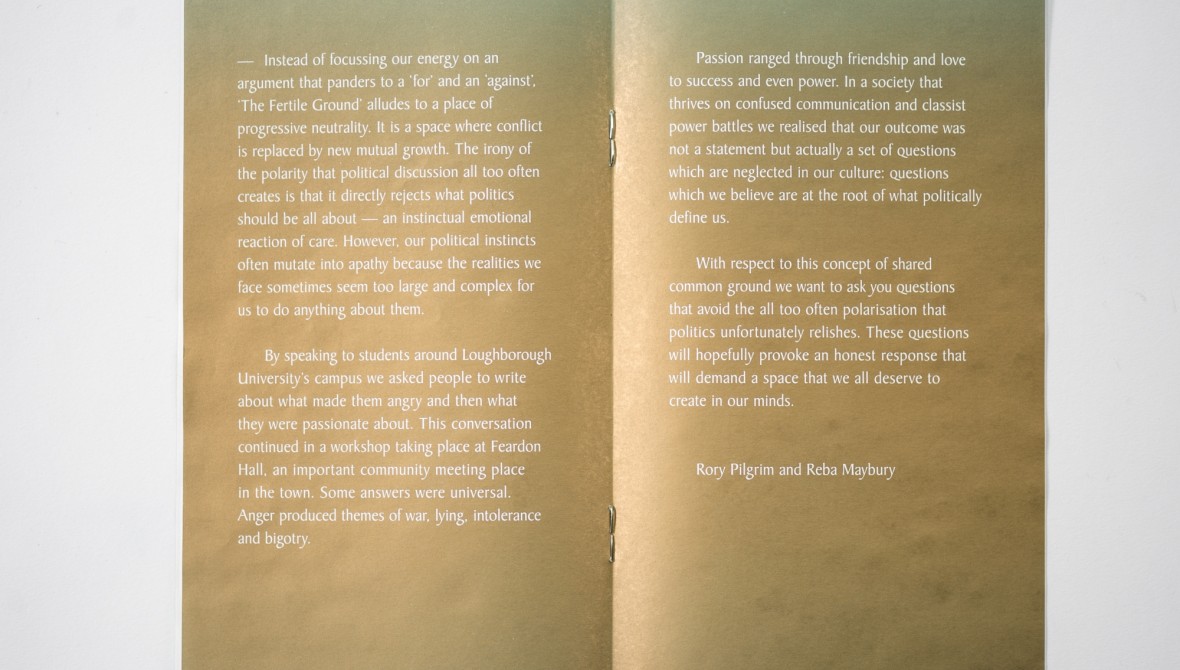 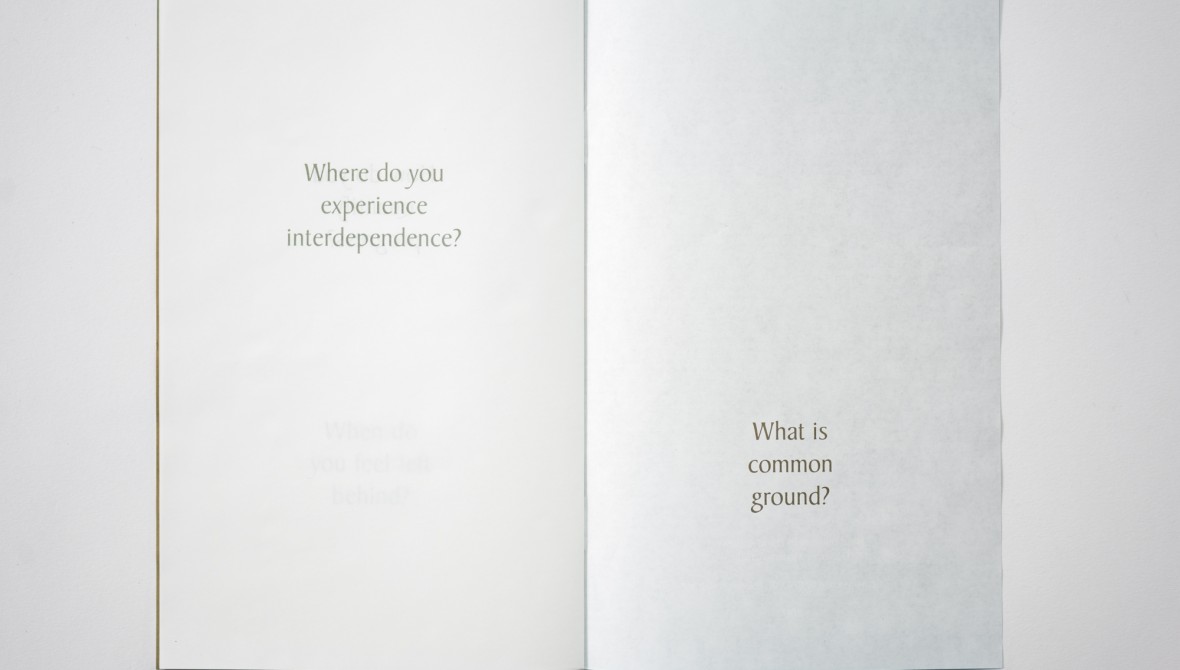 Rory Pilgrim and Reba Maybury set out to collapse the binary implied by the opposition between 'for' and 'against' in the project's title. Holding a series of conversations with local residents, they sought to engender discussion that was neither for nor against, but which alluded to "a place of progressive neutrality" in which conflict "is replaced by mutual new growth." This was grounded in Rory Pilgrim's belief that the polarity created by so much political discussion works against "what politics should be about – an instinctual emotional reaction of care.” The pamphlet was later utilised in a performance in Queen's Park during For & Against's 'Pamphlet Day' event.

For & Against: Art, Politics and the Pamphlet

An exploration into the legacies and potentials of the pamphlet form. Read more