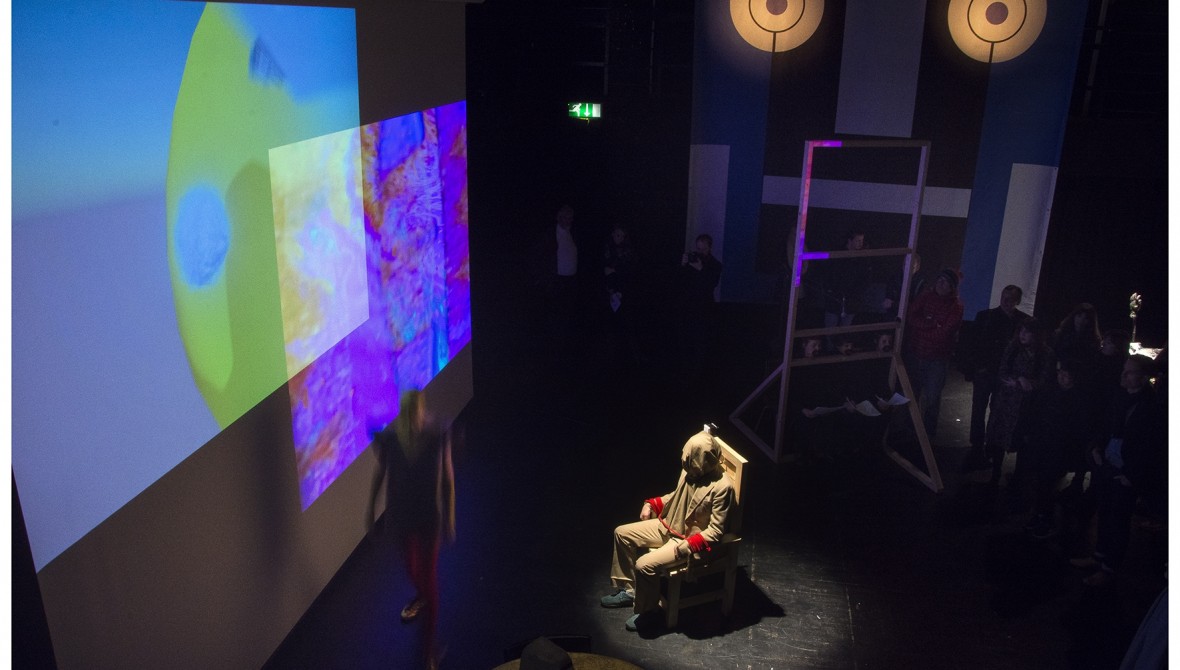 The Gold Ones is a long-running project of Reactor's, using video, performance and installation to explore an imagined future inhabited by characters collectively known as the Gold Ones. For A Weekend of Weird, they transformed the University's Leonard Dixon drama studio into the Cosmic Care Home - a total institution cut off from community - and invited the audience to listen in and look upon the action taking place, watched over at all times by the 'Five Gold Ones'.

Reactor is an art collective which expands and contracts from project to project through inclusion of collaborating artists and co-participating audience members, with each situation producing a project-specific group with its own identity. Reactor has been making work in a variety of forms since 2002.