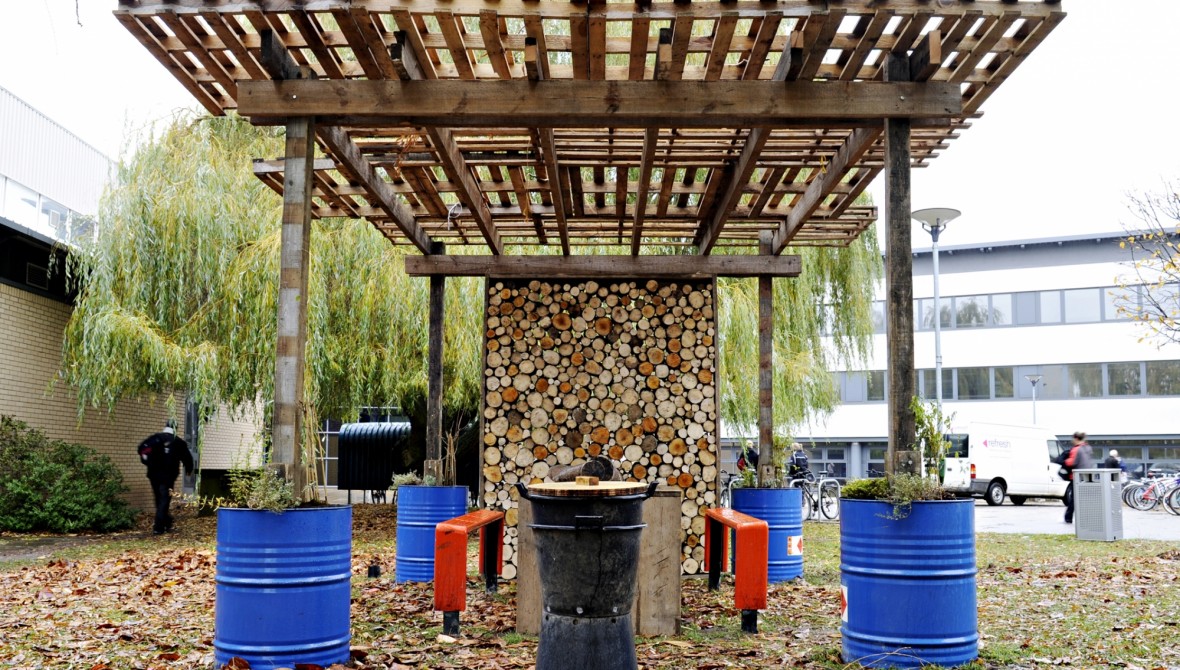 Nils Norman developed a prototype for an outdoor public discussion space: a social structure to bring together birds, insects, worms and students under one roof. This was one of a series of temporary public sculpture prototypes reflecting his interests and research into education, play, public space, work, and the environment. For this work, he drew on the trend for "work/play spaces" for the so-called "creative classes", creating a meeting and discussion space in which new associations between a variety of local actors could be explored. These actors included birds, insects, mushrooms, worms and students. The sculpture incorporated design elements from defensive street furniture, the ecology movement, protest camps and middle-class British gardens.