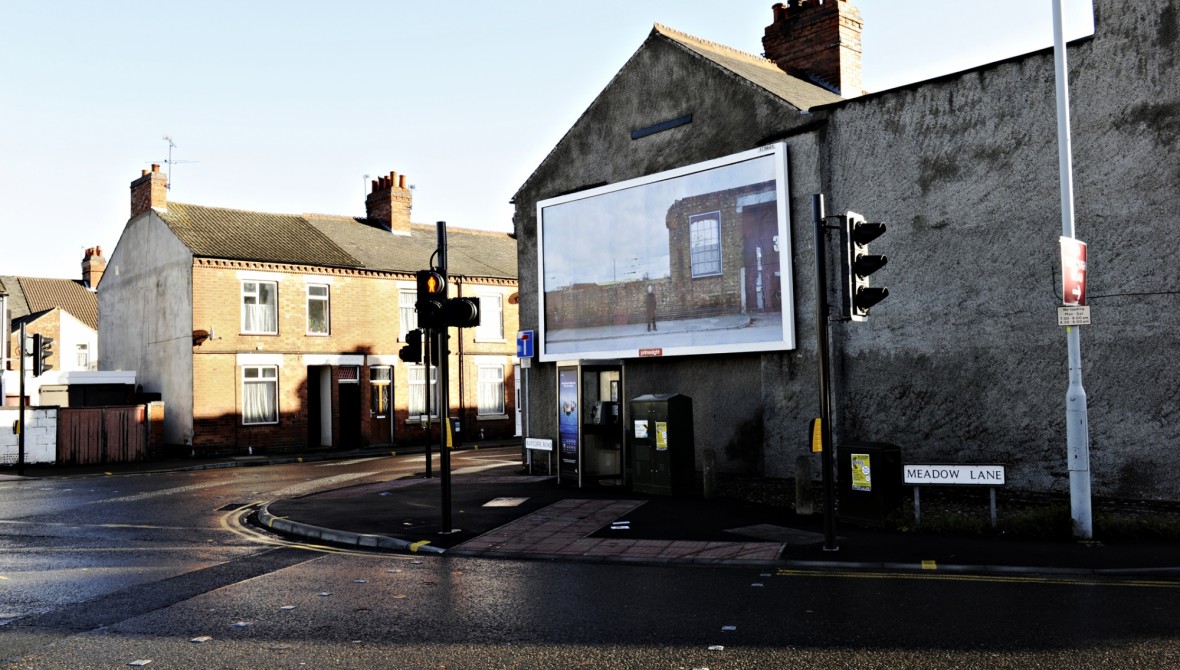 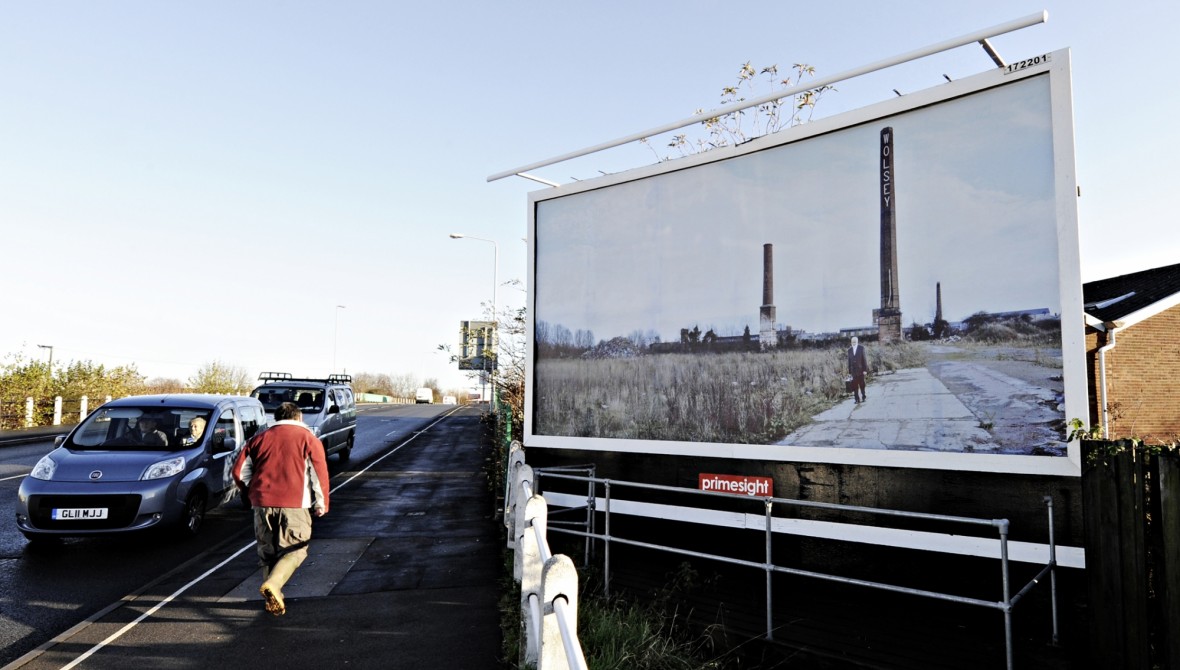 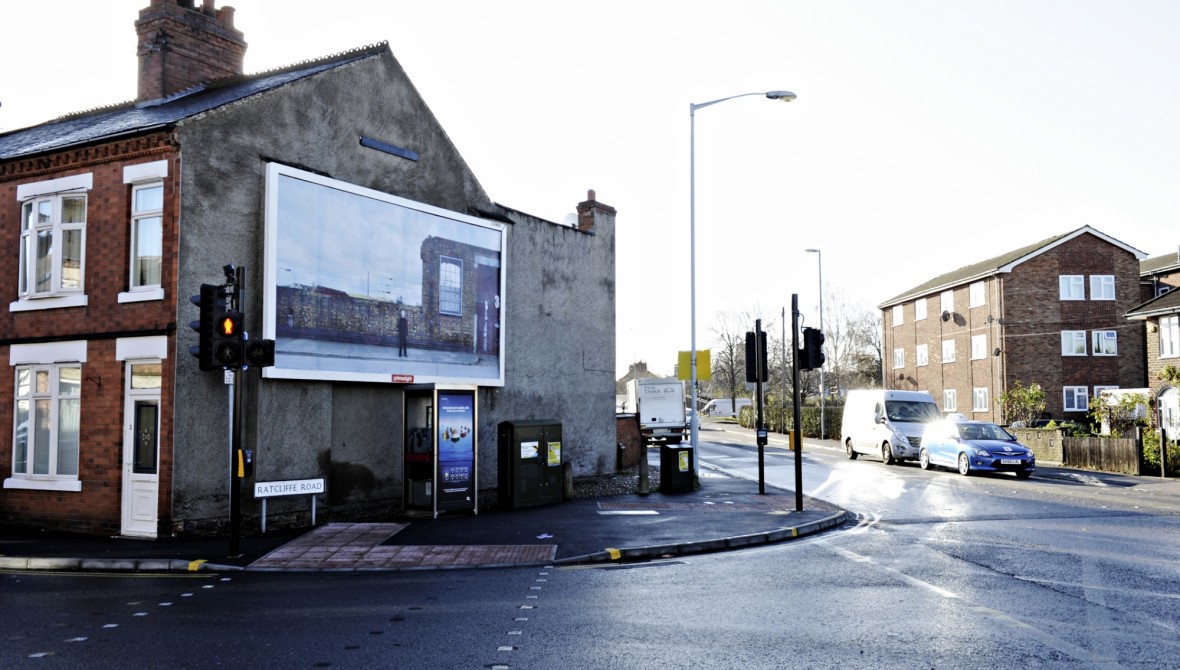 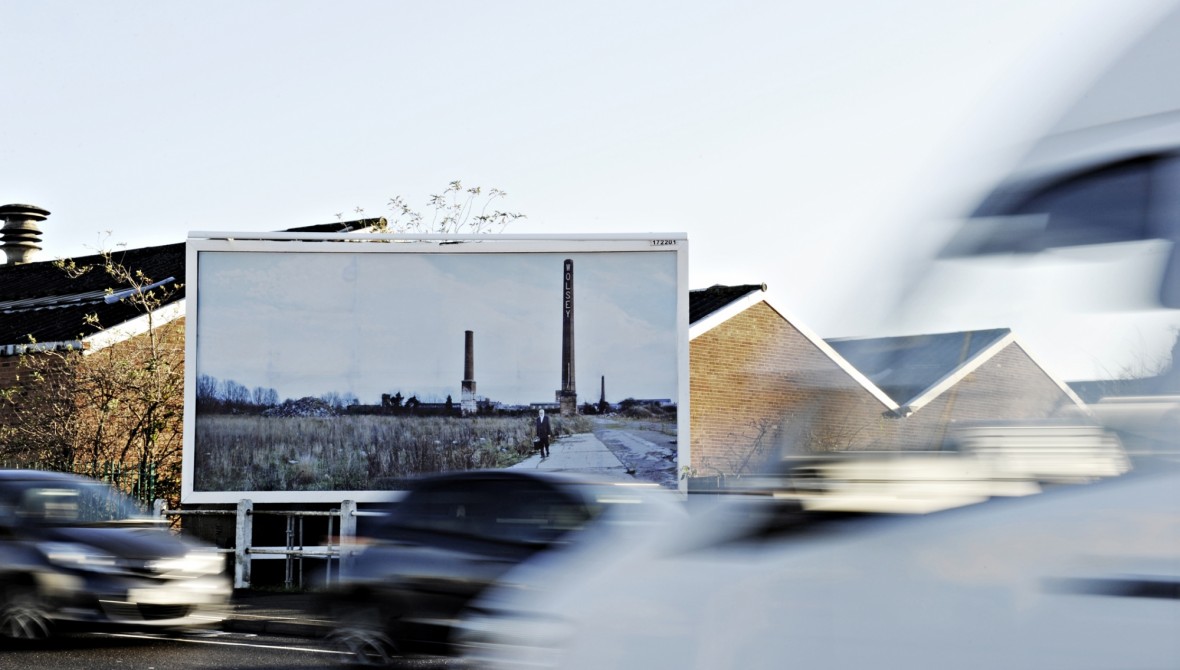 Shot against the derelict textile factories of Leicester and Loughborough, Leicestershire, 2012 attempted a historical ‘documentation’ and tribute to the forgotten citizens who helped build what were once major industrial centres.

The works featured Suleman Nagdi, a Muslim of Indian descent, who migrated to Leicester in the ‘70s from Zimbabwe and worked in textile factories for over twenty five years; and British born Dennis Powdrill, an 82 year old who worked for most of his life at William Cotton, the hosiery machine builders in Loughborough.  Both men were still active, with Dennis writing a book about the history of Cotton's of Loughborough, and Suleman playing an important role in Leicester's Muslim community.

Mitra’s imagery went beyond the tradition of ‘landscape’ and ‘document’, raising more questions than answers as she attempted to address abstract ideas of cultural and political dislocation, abandonment and disillusion, migration and exile.

Thank you to Charnwood Arts for their support in realising the work.

Mitra Tabrizian’s photographic and film works deals with fears and ideas of human coexistence, observing how reality and simulation relate. Mitra is a professor of Photography at the University of Westminster.

An interrogation of photography's role in articulations of gender, identity, place and citizenship. Read more