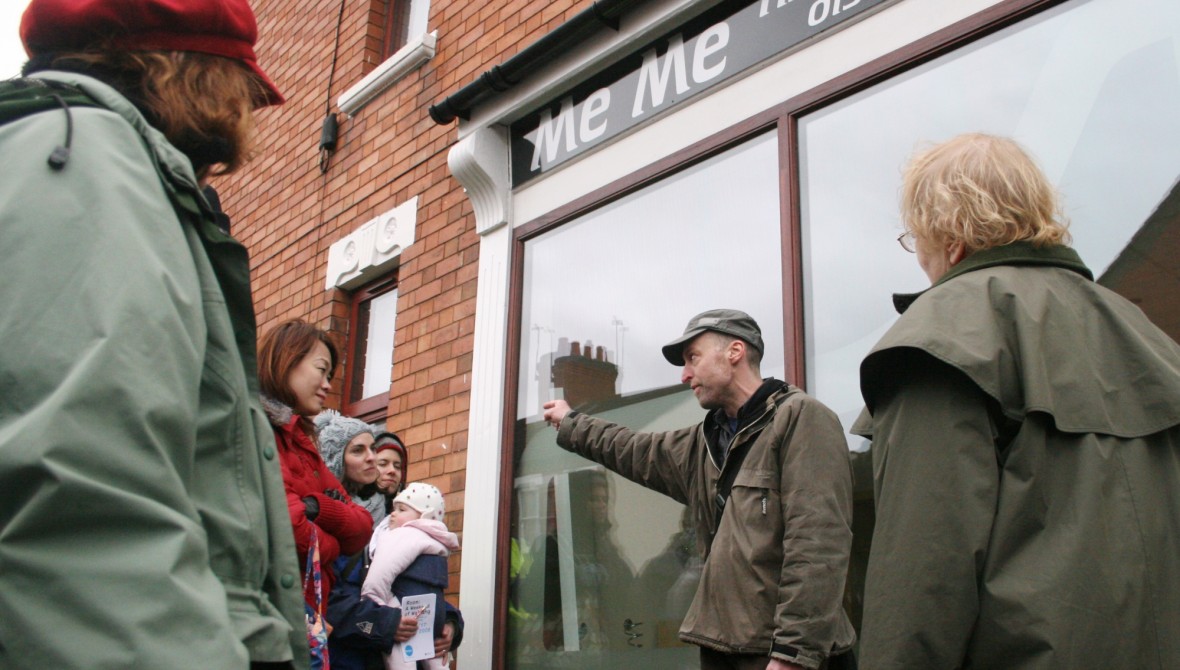 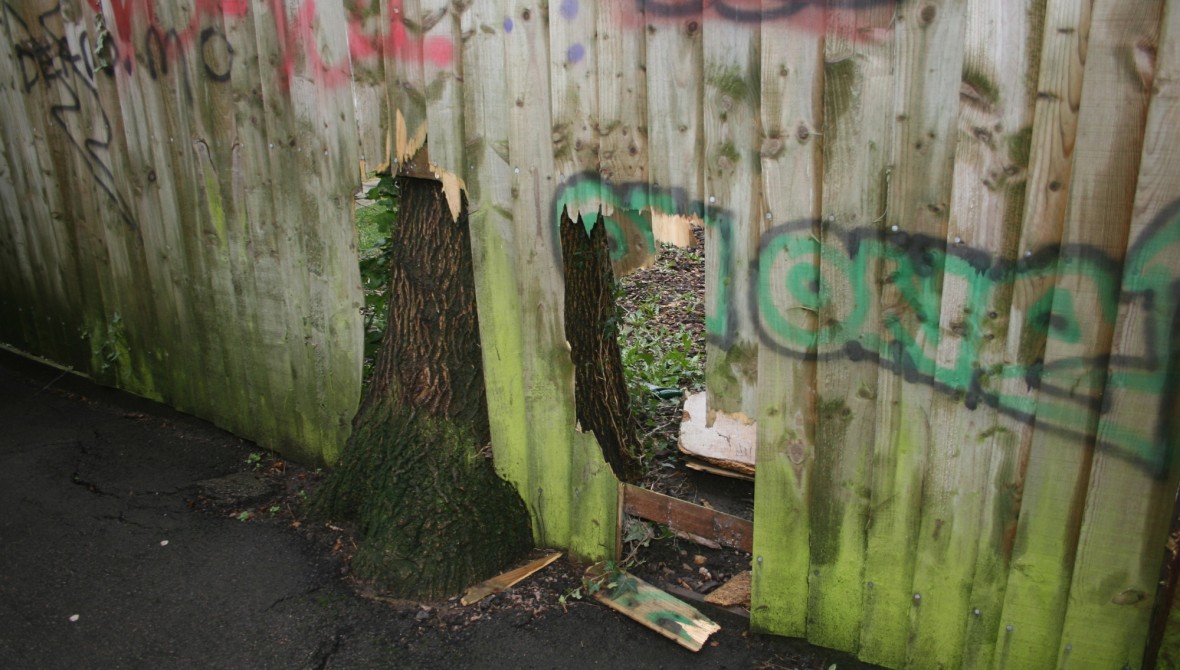 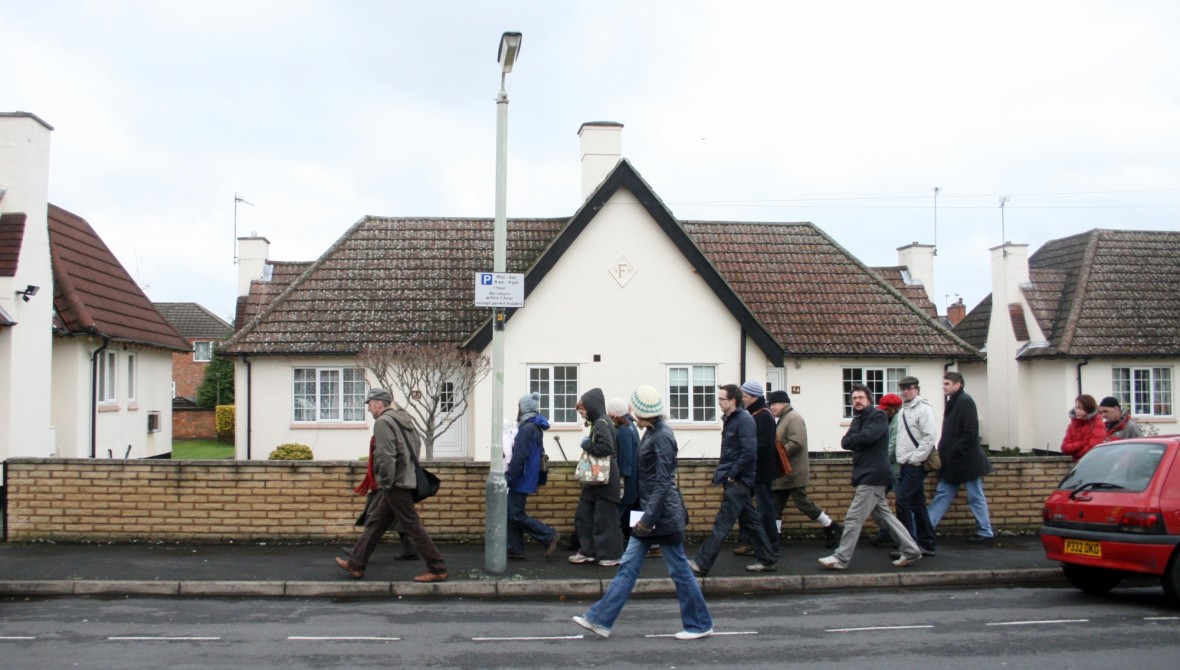 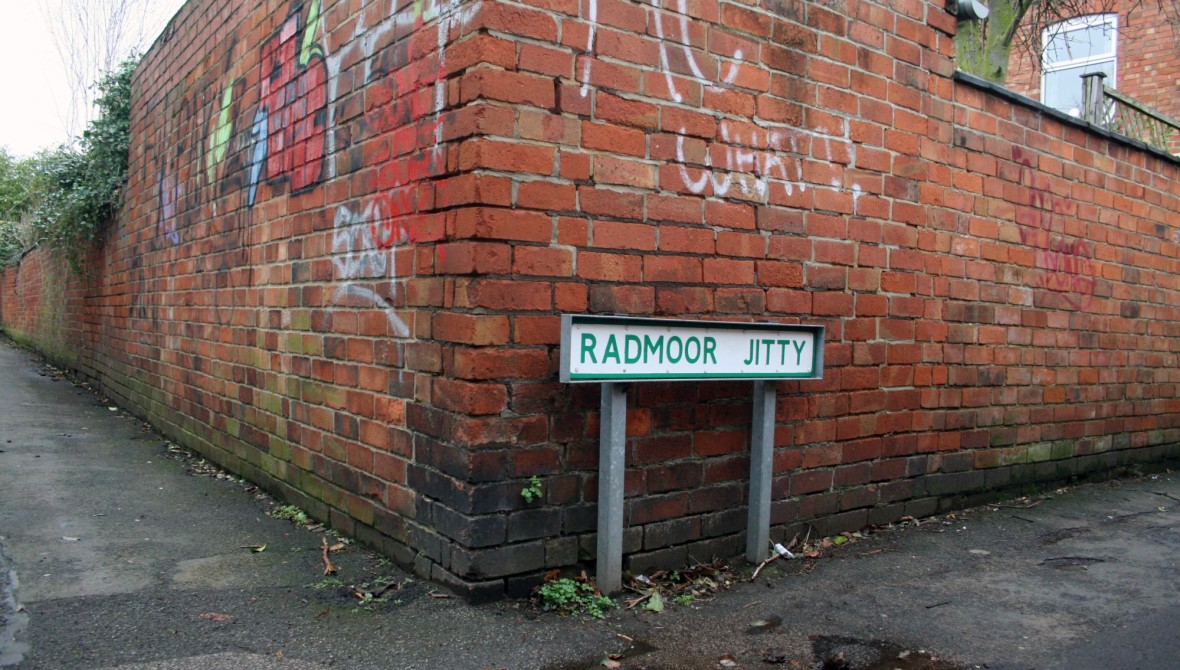 Off the Beaten Track

Using poetry and performance, Mark Gwynne Jones offered an unofficial guide to the psycho-geography of Loughborough. From recognised points of interest such as the Carillon Tower to some of the town's lesser known landmarks - a faulty streetlight, names carved on a park bench, the view through unseen windows - Mark revealed a new perspective of the town, performing poems and observations in the places that inspired them.

Mark Gwynne Jones is known for his surreal, mind-altering poetry with a music hall edge. Mixing humour and poignancy he keenly observes the alien qualities inherent but unnoticed in the world around us. His work is described as contagious, gritty and sometimes startlingly sensitive.