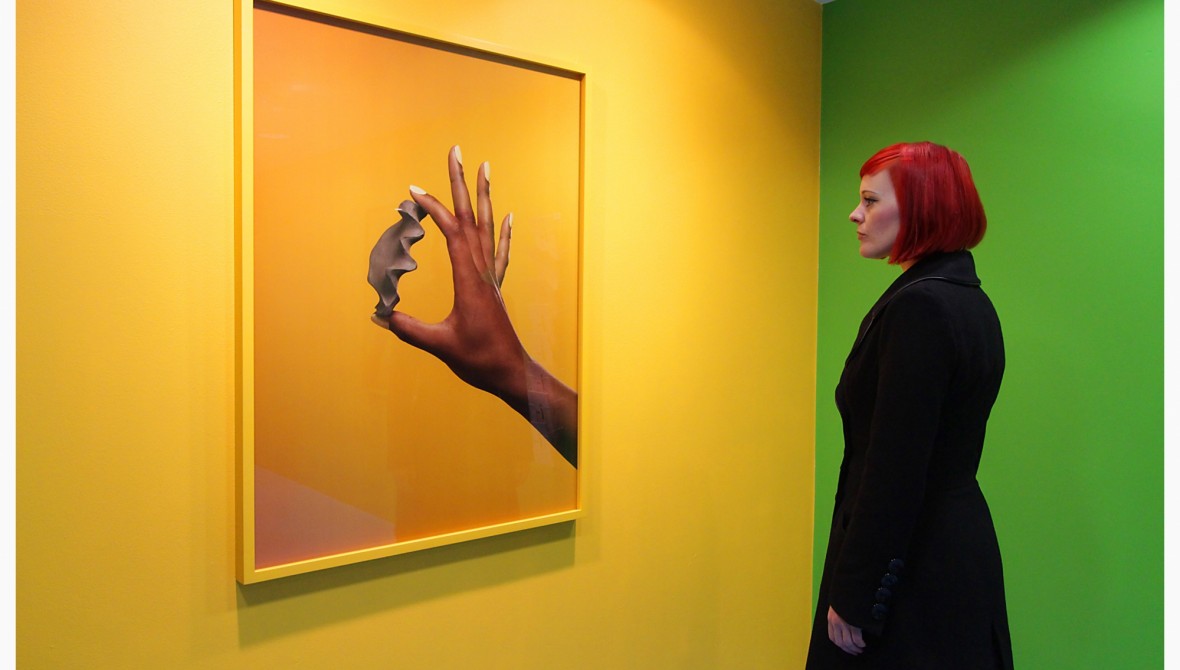 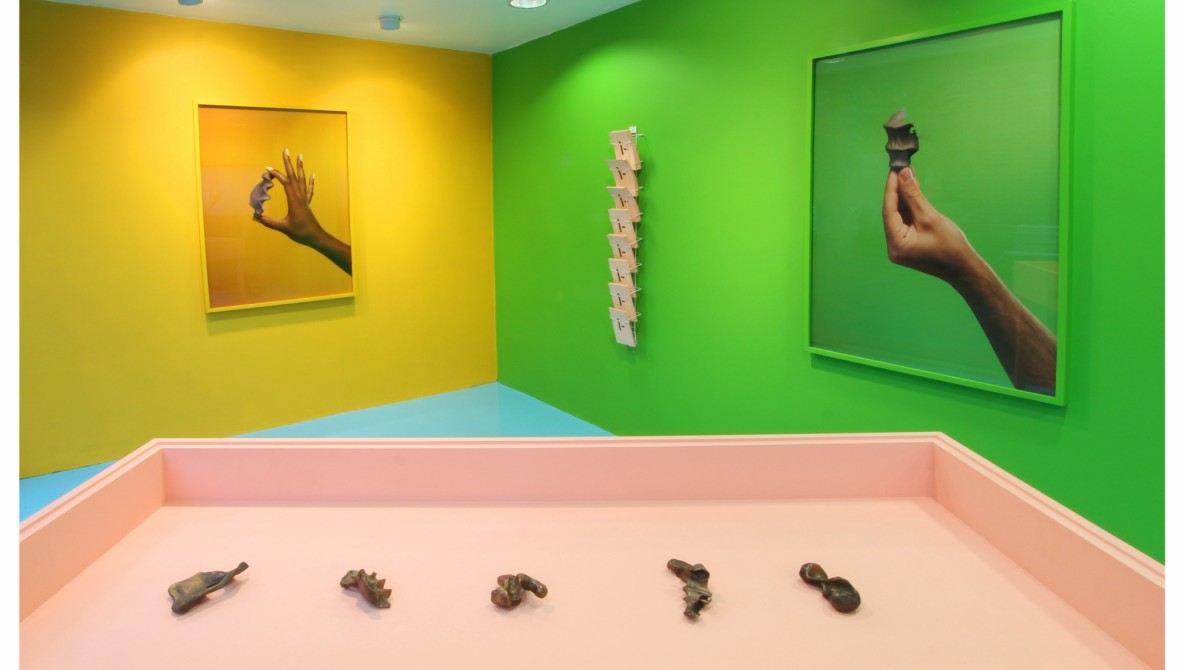 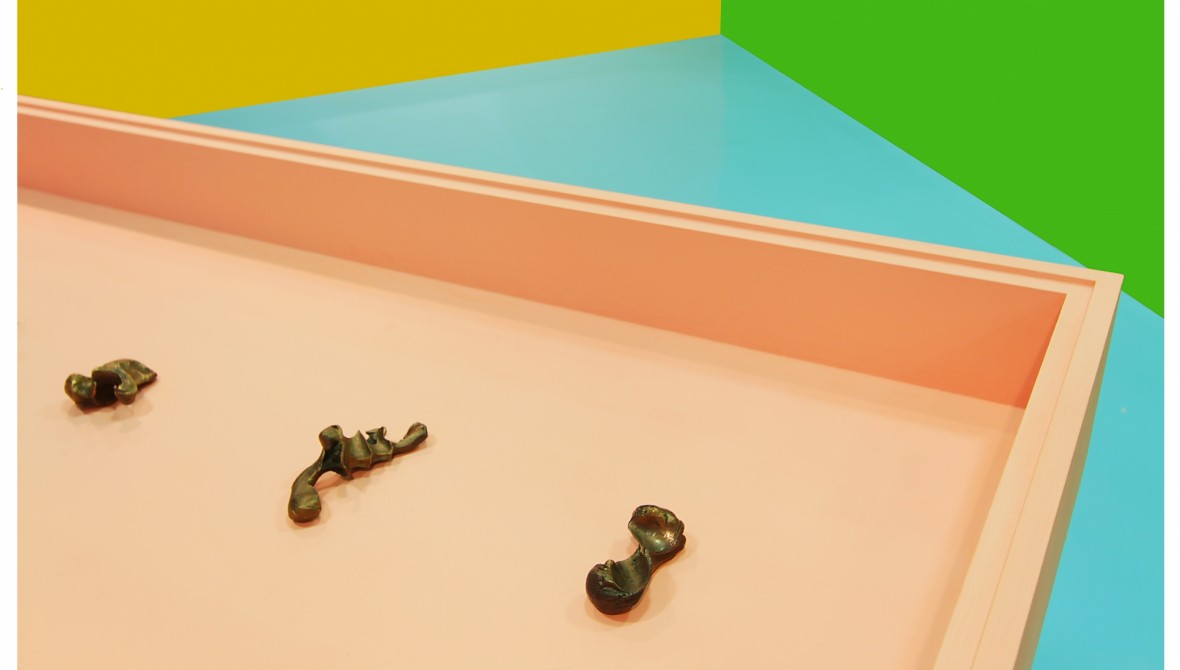 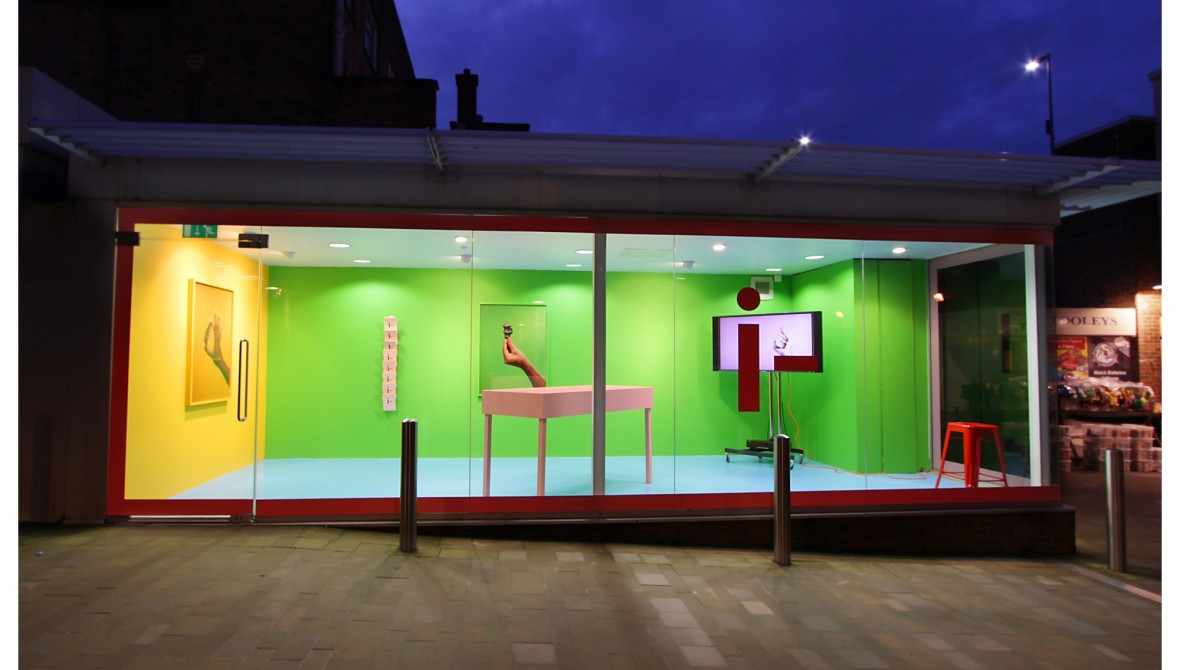 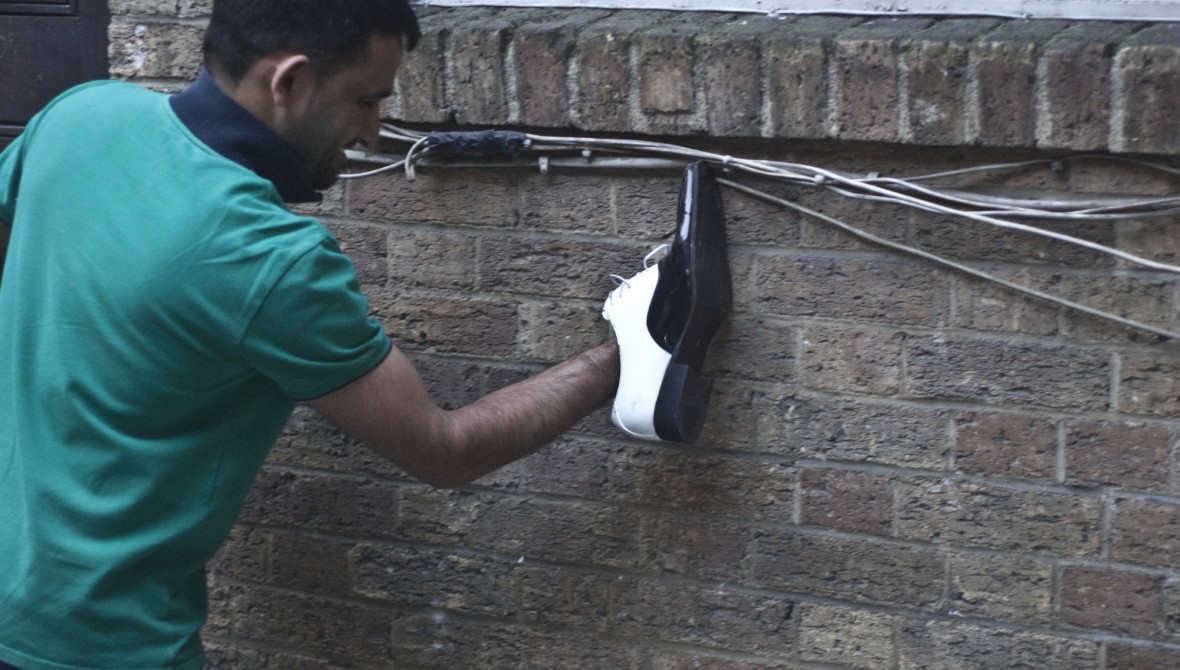 In the language of corporate advertising, the hand model is universal. Lifeless objects are caressed between his disembodied fingers. Products are stroked by his knowing touch. I am trained to accept this immaculate limb as it reaches into my magazines, my televisions, my billboards. This anonymous hand performs alchemy on my material culture. Base commodities are sacralised. Raw matter is singularised. The mass-produced enters the transcendental.

Pause. Turn the page. An advertisement. A hand intrudes from page right: caucasian, male, early-forties. His skin is flawless, slipped out of an injection mould. Balanced on his fingertips is a hunk of clay: grey, lumpen mud. A life-force passes between these two; between the hand and the clay. The clay bears the impressions of his fingers. The lines of his palm are transferred into this blind matter. Out of clay something immaculate has been fashioned. The fingerprint of the divine.

I am gazing at the ceiling of the Sistine Chapel. And wondering about God, and clay, and matter, and man. I am reminded of Marcel Mauss, who says that human beings express thing-like properties. We are not separate from our material culture. We are stuff. We are products. We are the products of our Universe, and of its primordial cataclysms. We are atoms, and dead leaves, and stones that have been ground into sand. We are lipstick, and television sets, and Air Max, and Coca-Cola. We are vomit, and  train wrecks, and diamonds, and clay.

The hand reaches out. It wants to touch something. To cross the threshold of its own skin. To feel. It lands on a smooth product. Caresses the product in its palm. Strokes, claws, clutches, grips the product. Presents it to the camera. Flash: a haptic bridge is formed between skin and plastic. Between product and product. It is a moment of physical bliss. I glimpse the Universe, and an infinitude of atoms endlessly reconstituting new beings, new forms, new products. And I turn the page.

Working across performance, sculpture, text and video, Jeremy Hutchison constructs situations that insert disobedience and confusion into hegemonic structures. Many of his projects intervene in systems of production, consumption and global exchange, plunging momentary crises into the normal circulation of economy and sense. He has exhibited internationally, including shows at at ICA, London; Modern Art Oxford; V&A Museum, London; Z33, Hasselt;  EVA International Biennale, Limerick; Saatchi New Sensations, London; Qalandiya Biennale, Ramallah; Fondazione Prada, Athens; and Southbank Centre, London. He received a distinction from the Slade School of Fine Art (London, 2011) and was a member of the Whitney Independent Study Programme (New York City 2014-15). He is an associate lecturer at Goldsmith's College and London College of Communication.

What makes an object desirable? Why do we like things? Read more