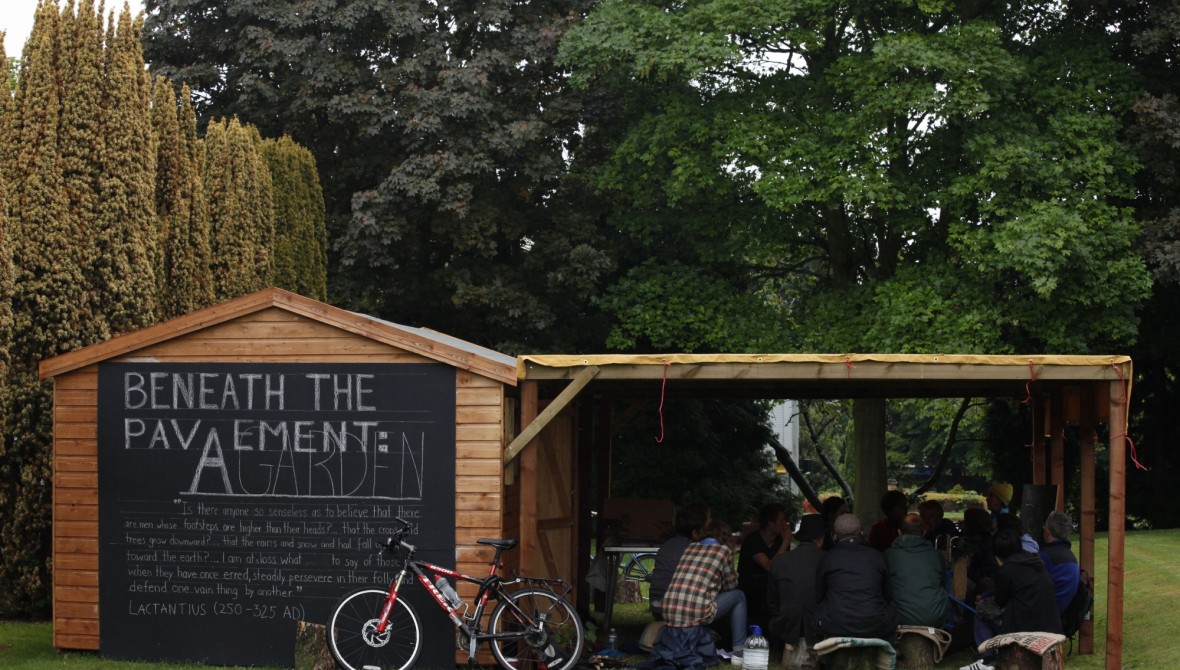 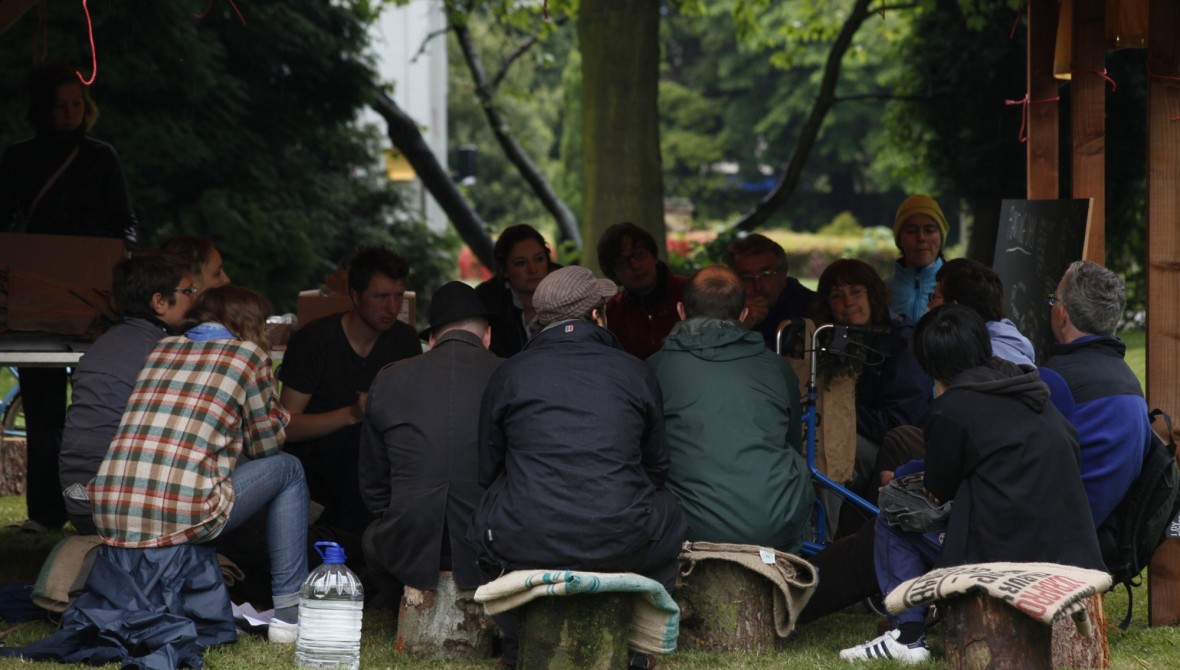 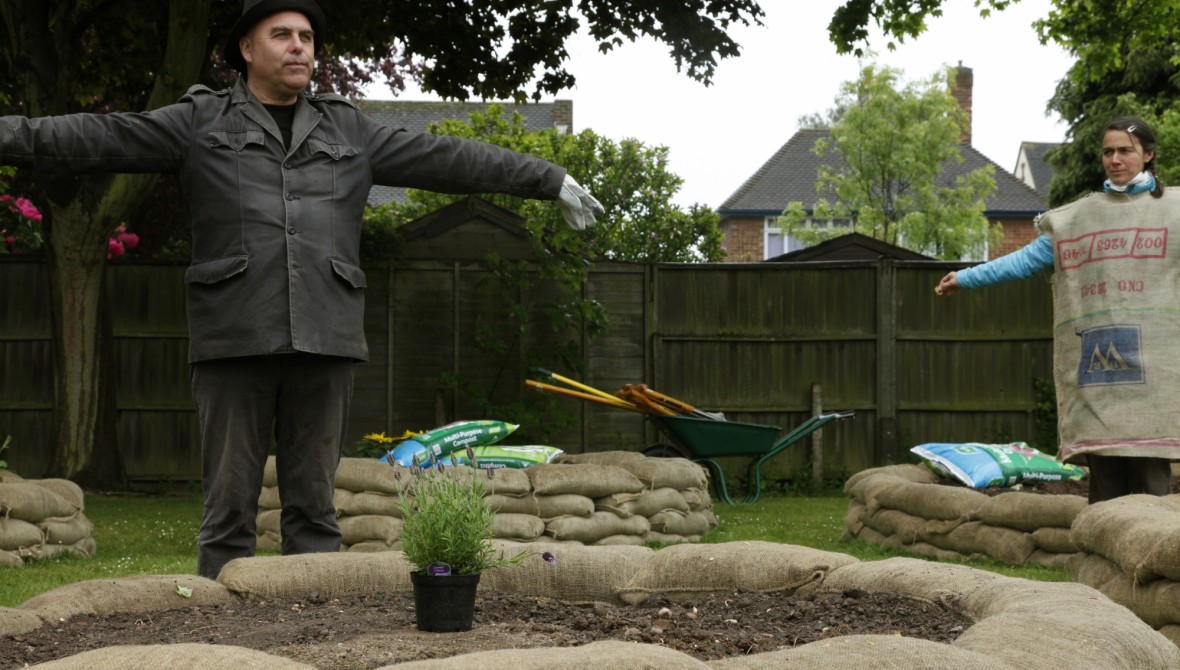 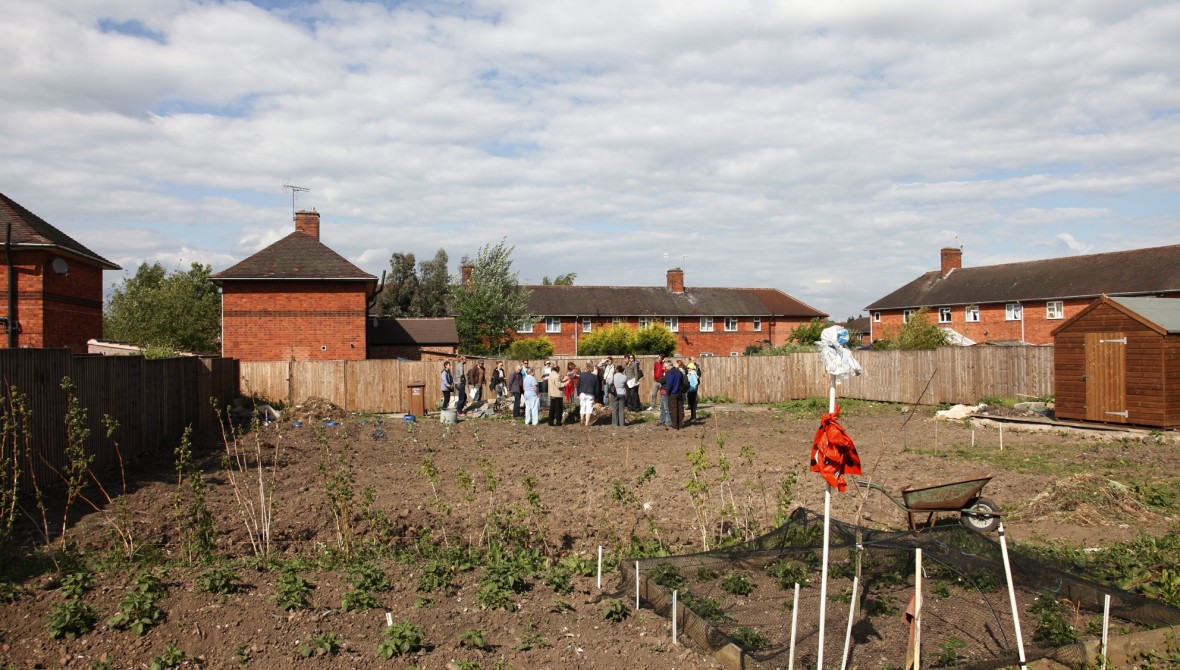 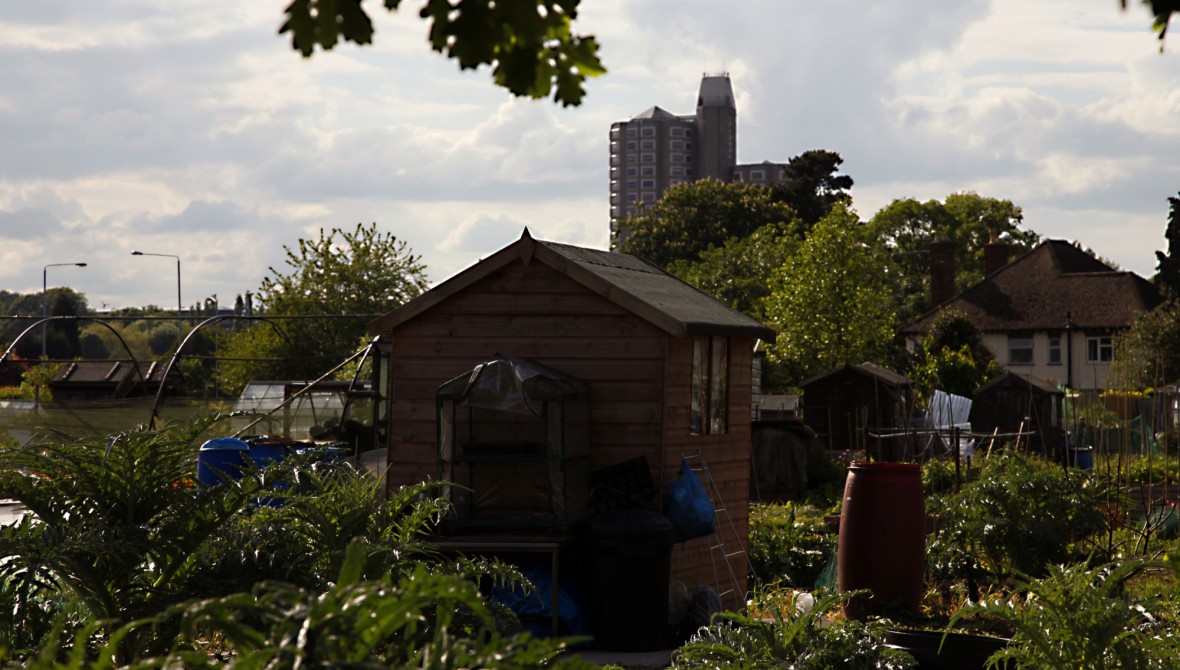 Beneath the Pavement: A Garden

Beneath the Pavement: A Garden considered biological forms in relation to political and social systems. It looked at the potential of a small plot of land on campus to tell social and political stories, challenge dominant systems, plant alternatives and watch them grow.

A three-day workshop kicked off the project, providing participants with the opportunity to collectively debate, design and create edible landscapes based on established or new political systems. Six socio-political systems arose through the workshops and were given form through planting and tending in the garden's beds: 'post-communism', 'feudalism', 'anarchism', 'colonialism', 'monarchy', and the 'marigold alliance'. Each bed was tended by different groups. 'Monarchy' became over-run by blackfly, which spread to other plots.

A publication (linked below) explored the development of the plot, and featured essays exploring the political ecologies of gardening, food production and land use.

Further information about the project can be found here.

Futurefarmers is a group of diverse practitioners aligned through an interest in making work that is relevant to the time and place surrounding us. Founded in 1995 by Amy Franceshini and Myriel Milicevic, they serve as a platform to support art projects and initiate participatory projects that create spaces and experiences where the logic of a situation disappears - encounters occur that broaden, rather than narrow perspectives. They use various media to create work that has the potential to destabilize logics of "certainty", challenging systems such as food policies, public transportation and rural farming networks to visualize and understand their intrinsic logics. Through this disassembly new narratives emerge that reconfigure the principles that once dominated these systems. Their work often provides a playful entry point and tools for participants to gain insight into deeper fields of inquiry- not only to imagine, but to participate in and initiate change in the places we live. Futurefarmers' work has been exhibited at the Whitney Museum of American Art, the New York Museum of Modern Art, Solomon R. Guggenheim, MAXXI in Rome, Italy, New York Hall of Sciences and the Walker Art Center.

Beneath The Pavement: A Garden

Beneath the Pavement: A Garden Read more