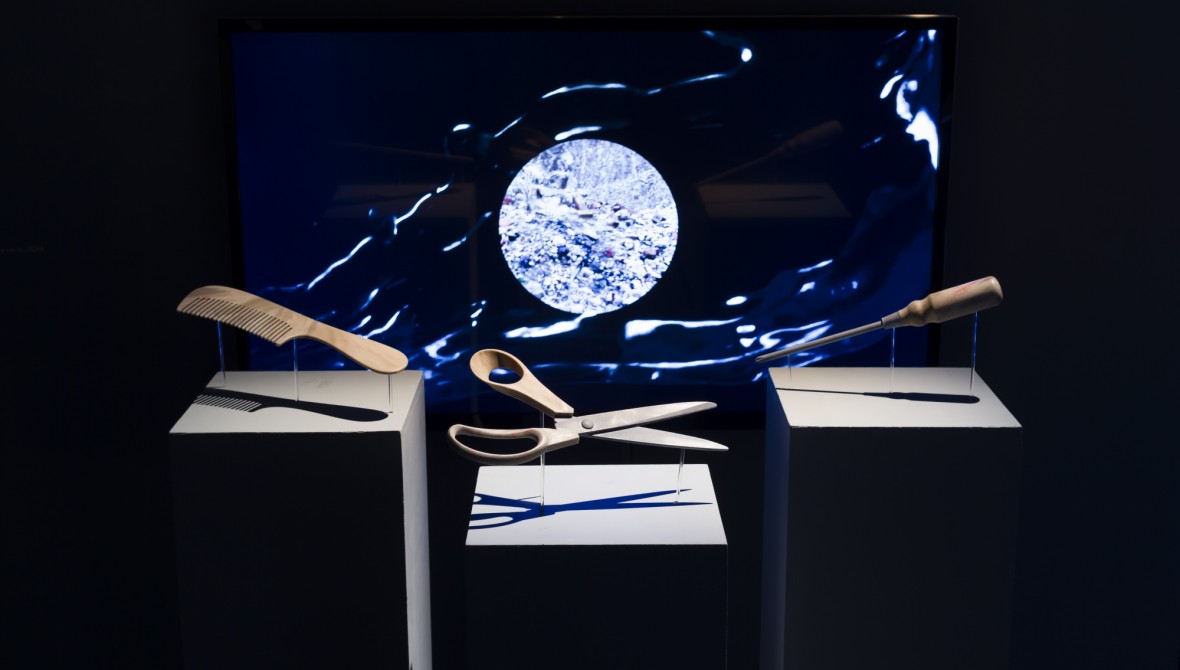 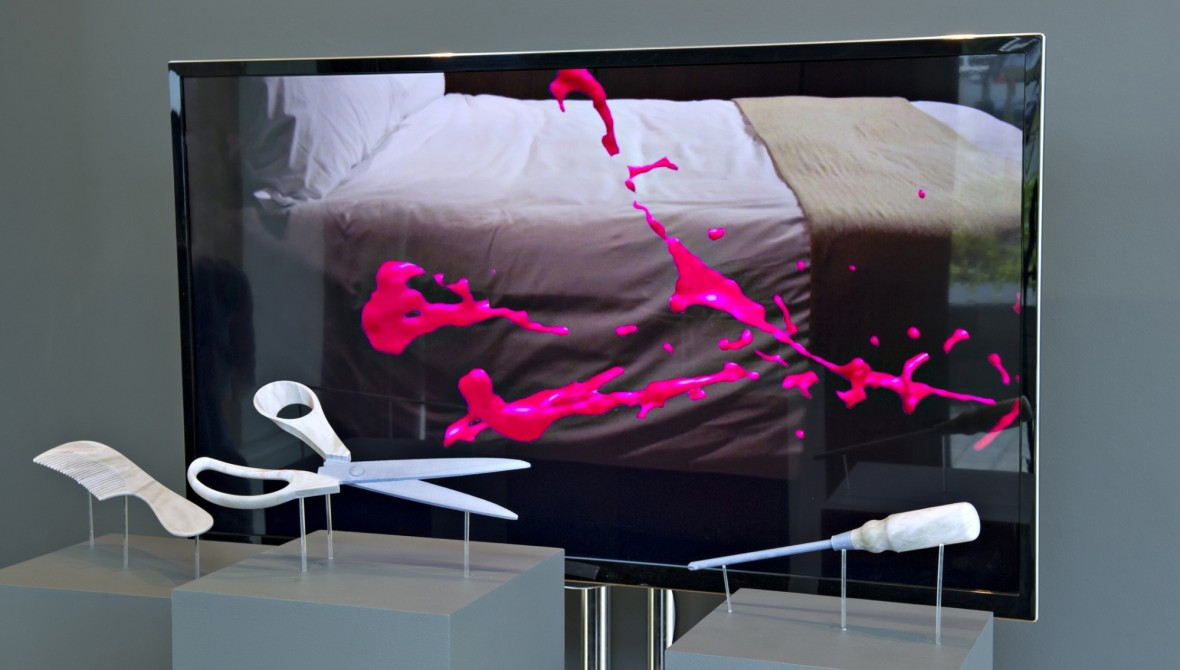 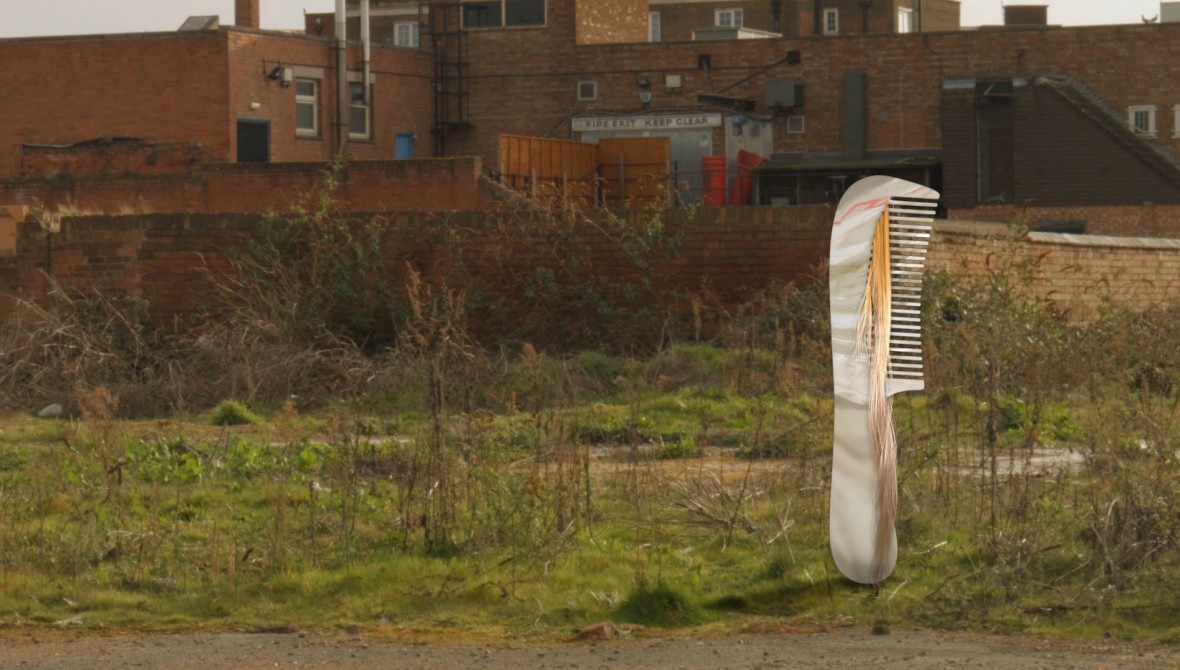 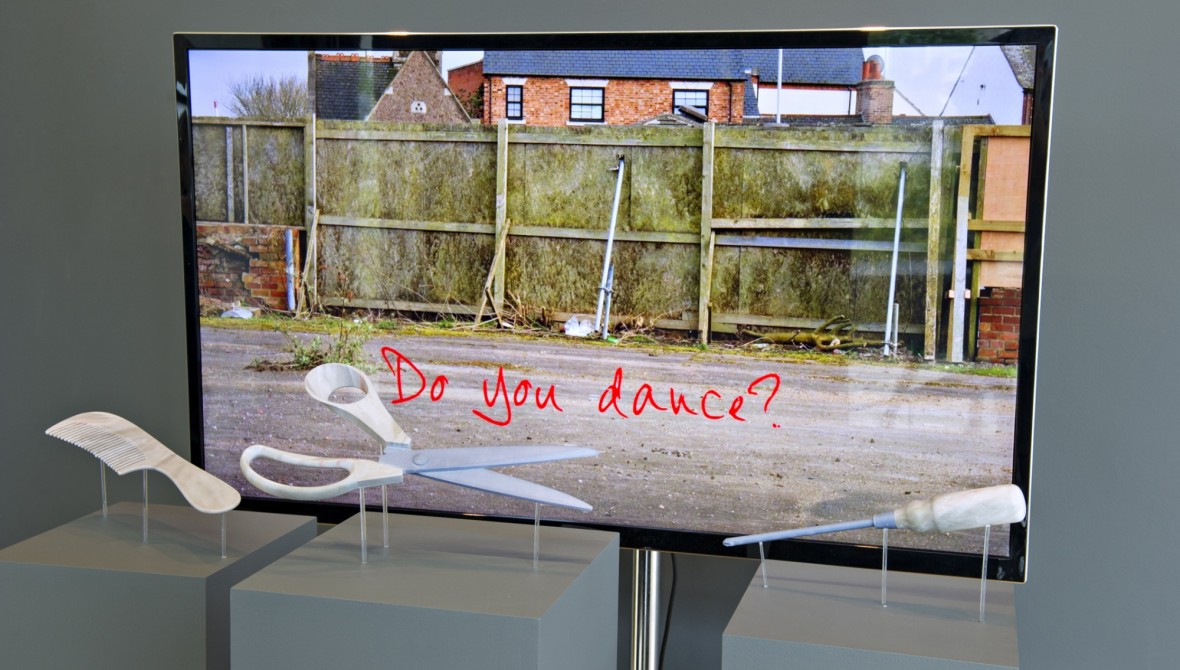 How Happy a Thing Can Be

How Happy a Thing Can Be incorporated sculptural and video elements, and drew on Real People, a database designed by Dr Samantha Porter from Loughborough Design School, which explores the relationship between emotion and personal effects.

3D sculptures of mundane personal items were produced: a comb, a screwdriver, and a pair of scissors; modes of technology with relative immunity to obsolescence through 'updgrading'. These were presented alongside video featuring the same objects animated to carry out a series of choreographed gestures, implying that they were being pushed to their limits.

Inspired by tabloid depictions of breakdowns, the objects' paths explored the transient nature of spirit, in both the human condition and the devices that become endowed through our desire for something more.

How Happy a Thing can be was a co-commission with Wysing Arts Centre and has been bought for the collection of the Whitney Museum of American Art.

Cécile worked in with Cay Green from Loughborough Design School to design the objects, and was assisted by Craig Parr and Courtney Taylor.

Cécile B. Evans focuses on how contemporary society values emotion: its production, hierarchy and representation within culture. She often sources material from fields such as science, film or the internet, and is interested in building structures with no hierarchy.