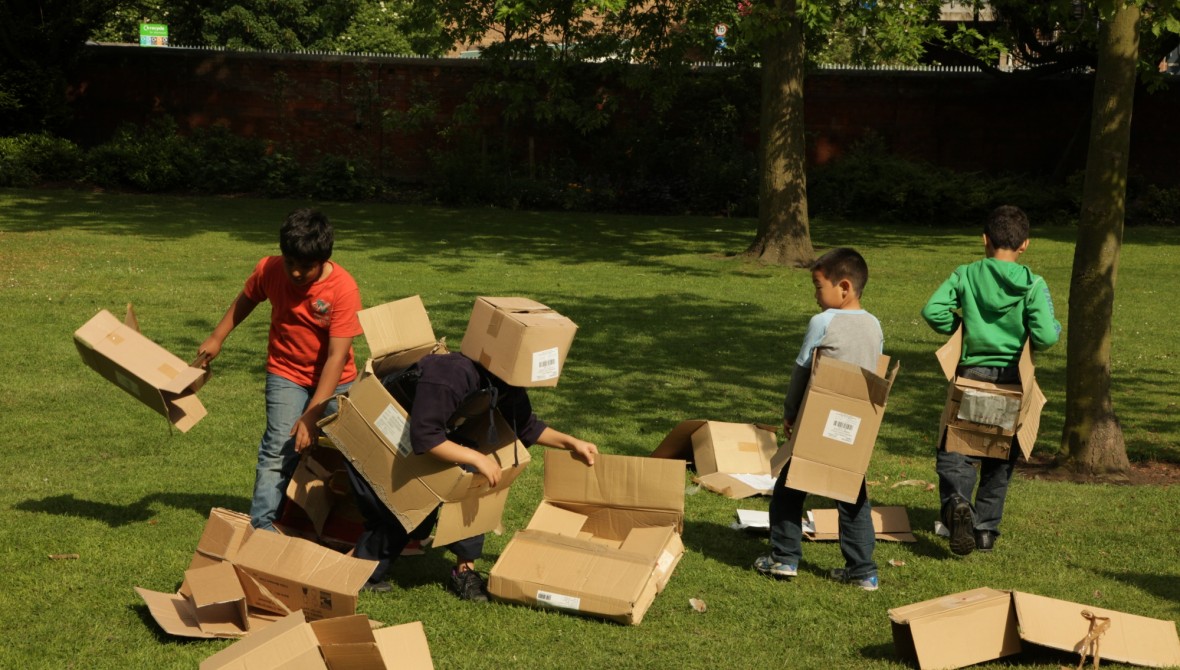 Throughout June 2012, Yukihiro Taguchi was in residence in Loughborough, developing a series of humorous and thought-provoking installations called Skip, constructed from everyday materials and made in response to the immediate environment. The installations created were captured in thousands of photographs which were combined to create a stop frame animation which was shown on the big screen in the Loughborough Market Place, in situ during the Olympic Games.