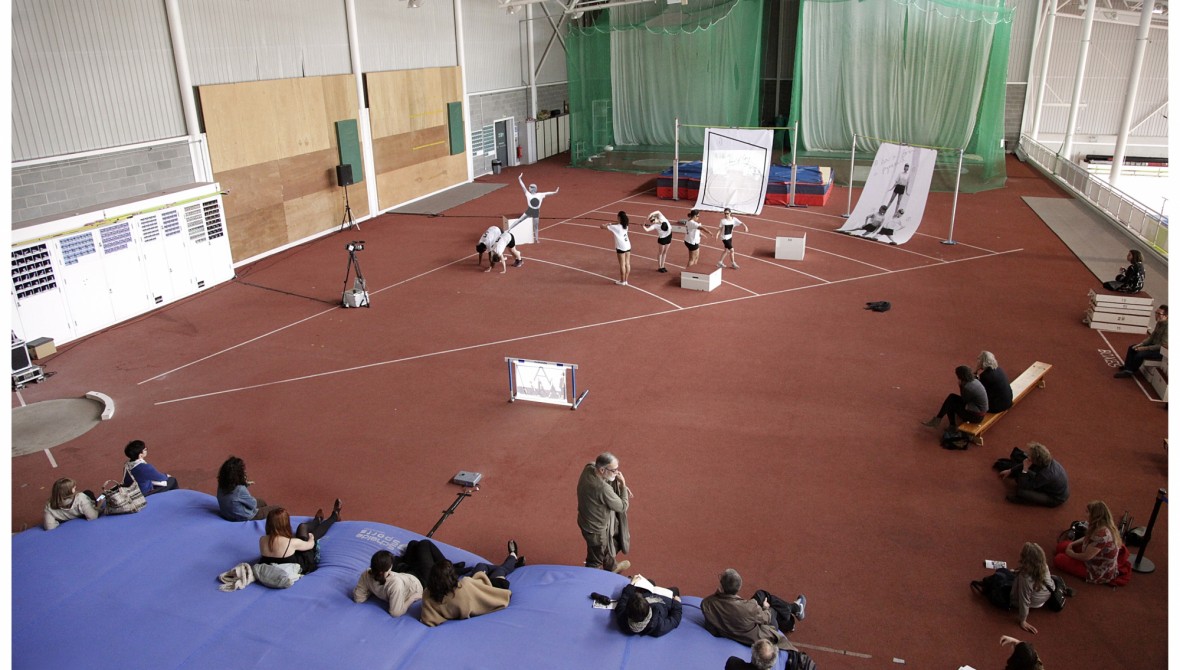 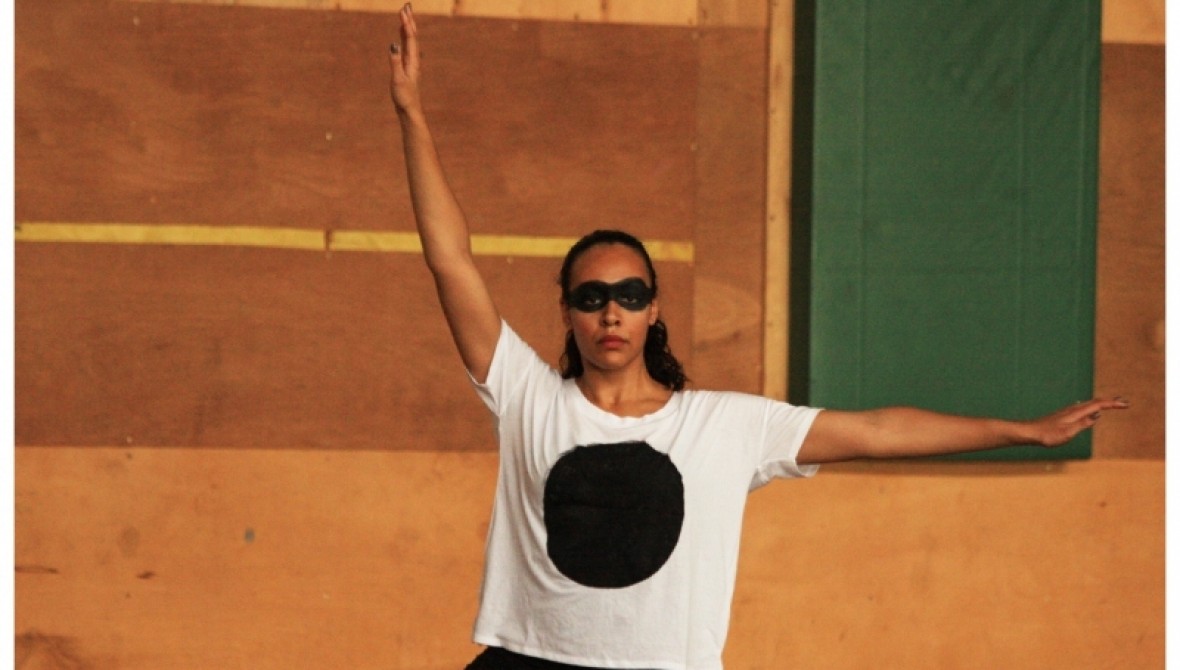 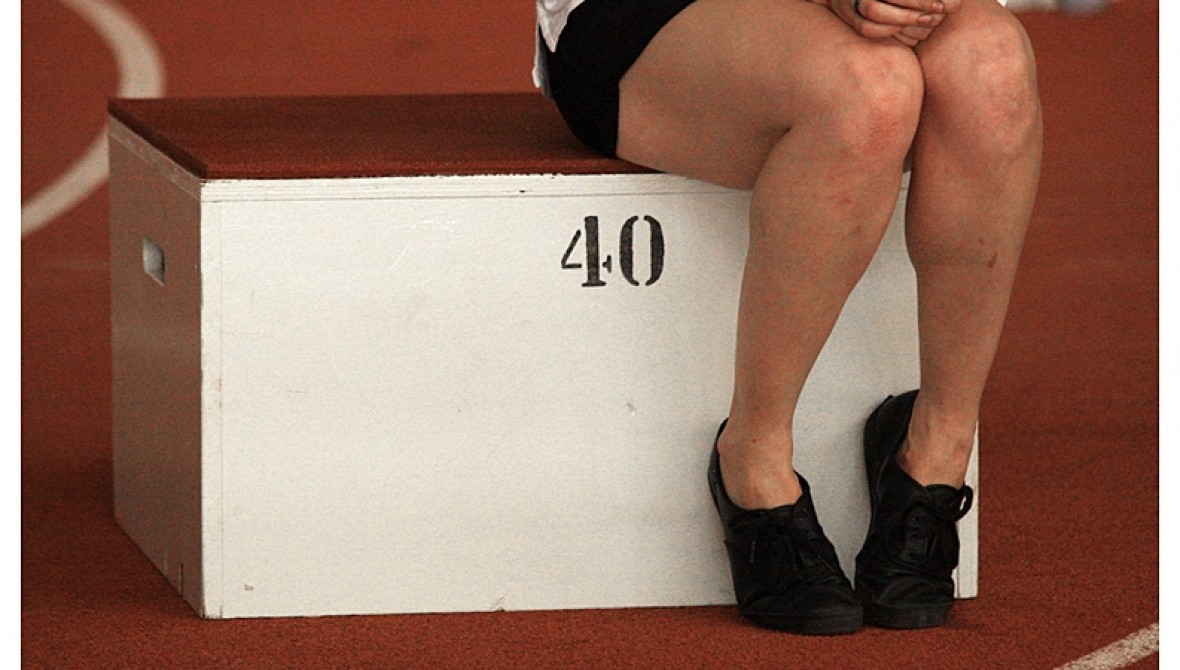 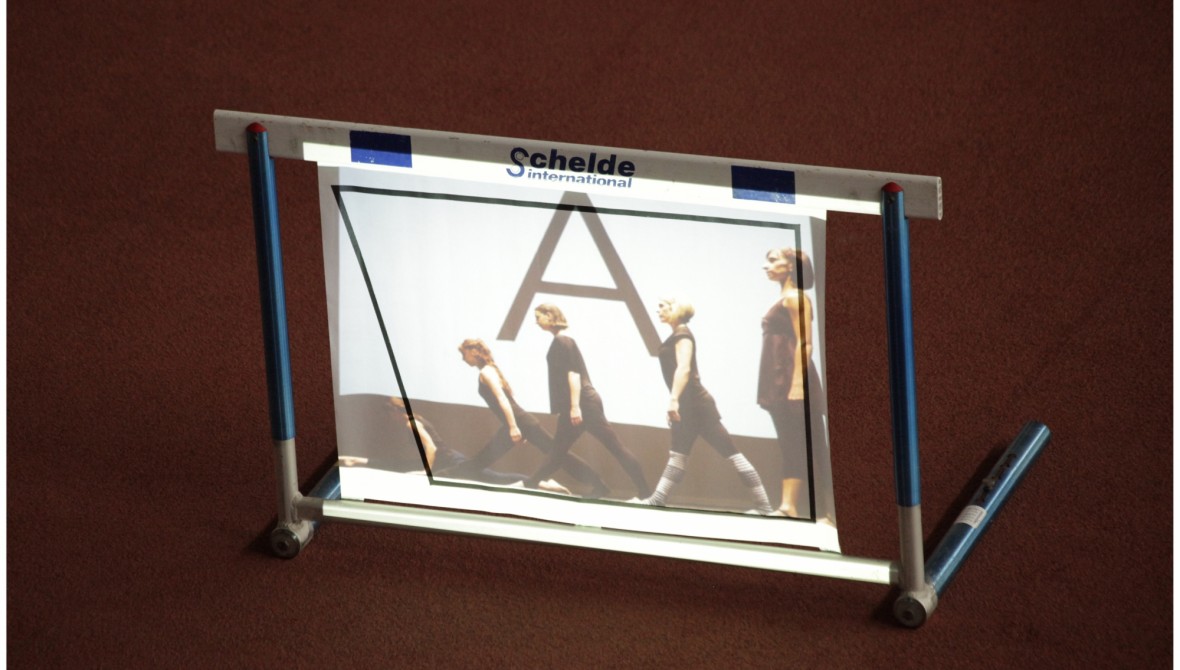 In the Athletics Centre performers undertook actions and movements accompanied by a spoken, projected and performed text that dealt with the ideas of movement and form. This text rested somewhere between a play, a lecture and visual poetry, and directly related to the physical movements of the performers. These played with repetition, error, and the description of form within space, being both staged and improvised at the same time. A layering of the live action was replayed, with a slight delay, on a video projection behind the performers, highlighting mistakes and differences in their repeated actions. The work was formed of two halves or acts, referencing both the structure of a sports game and a play. Though still recognisably an athletics training hall, the arrangement of objects on 'set' suggested something more surreal.

Ruth Proctor is an artist who creates installations and performative works which respond to a particular space and time.  Fascinated by spectacle sports such as ice-skating, the contemporary dance of Michael Clark, and the fantastic set pieces of Busby Berkley, Ruth is concerned with encapsulating the fragile nature of the relationship between staging, and the atmosphere in the build up to a performance.