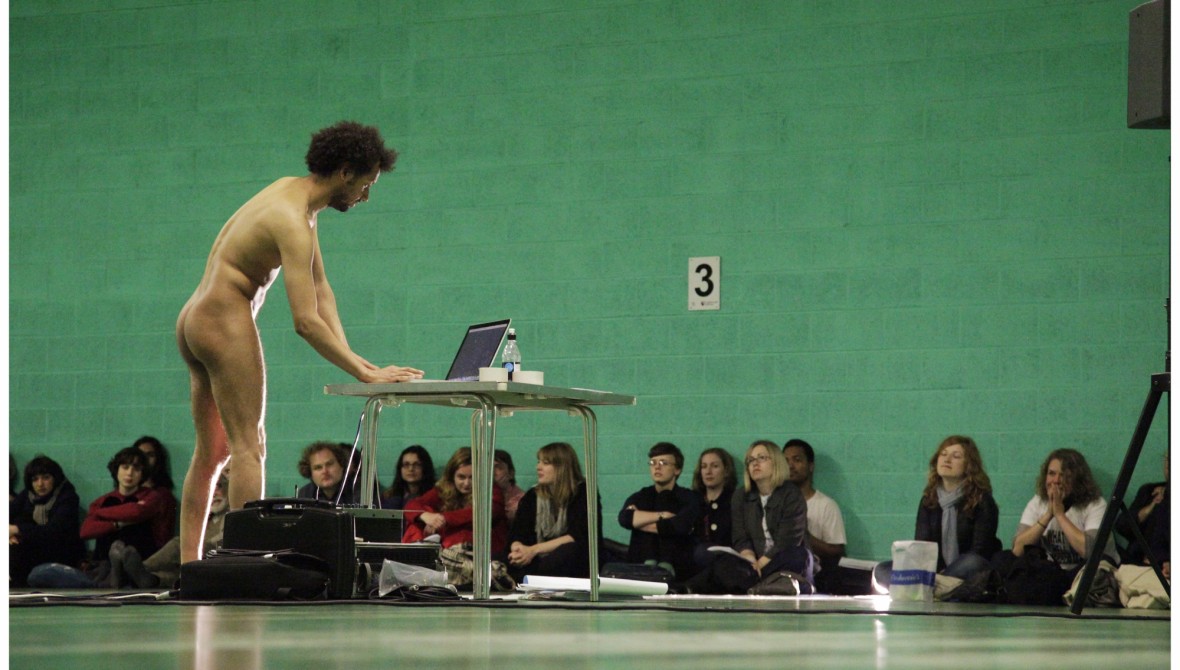 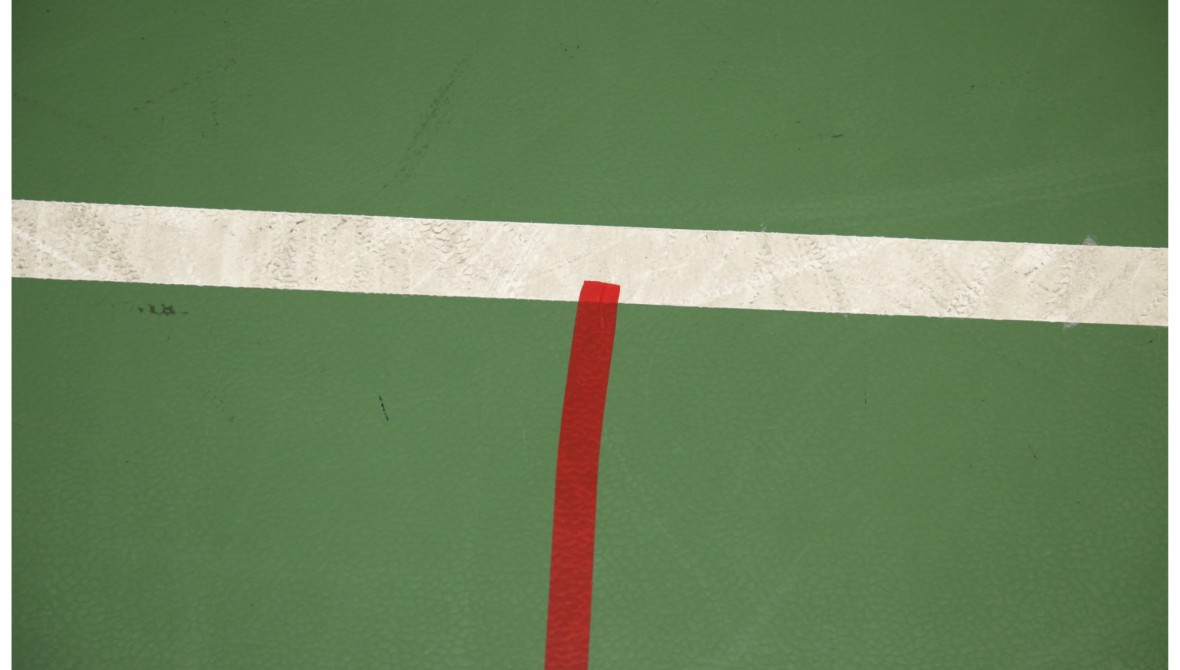 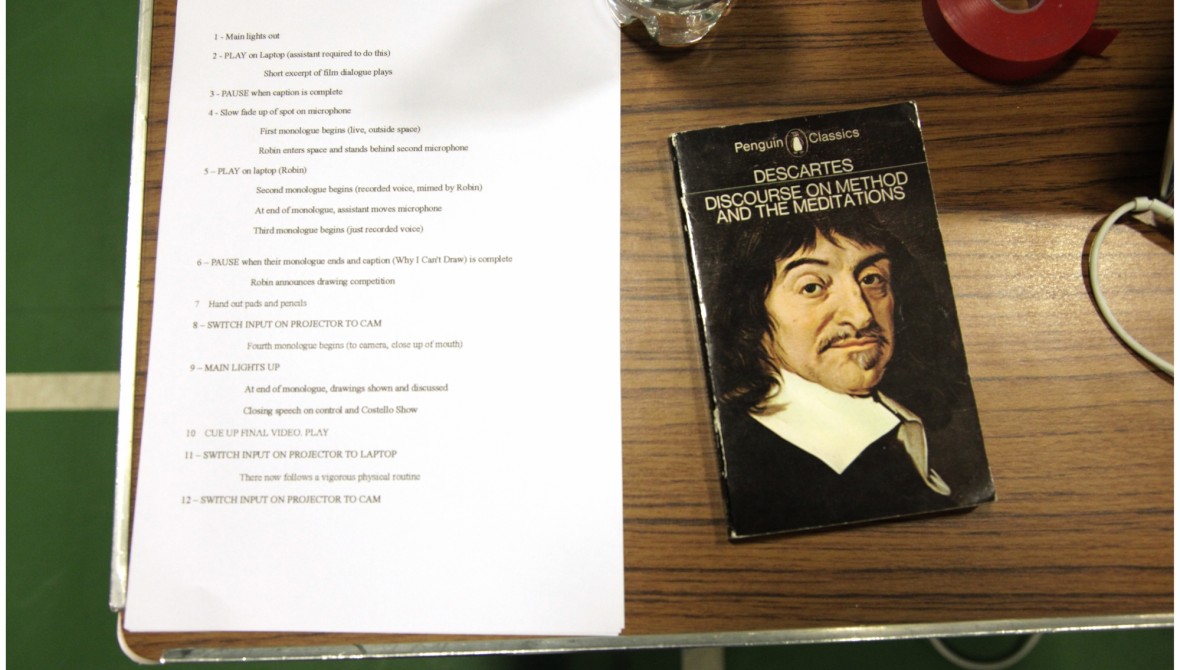 The Argument Against the Body

Taking place on the University's badminton courts, The Argument Against the Body was a meditation on the problem of being present in front of an audience. It explored disorientation and disembodiment through the fragmentation of voice, body, mind and audience. Deconstructing the traditional performance lecture format, Robin aimed to question the hierarchy of these elements and their interrelationship, whilst exploring the limits of the performer's untrained body through a series of exhaustive physical routines.

Robin Deacon is an artist, writer and film-maker with much of his work fusing live performance with performed lectures.  In his work Robin explores journalistic and documentary approaches to arts practice, often writing and rewriting his performances in response to prevailing news events.