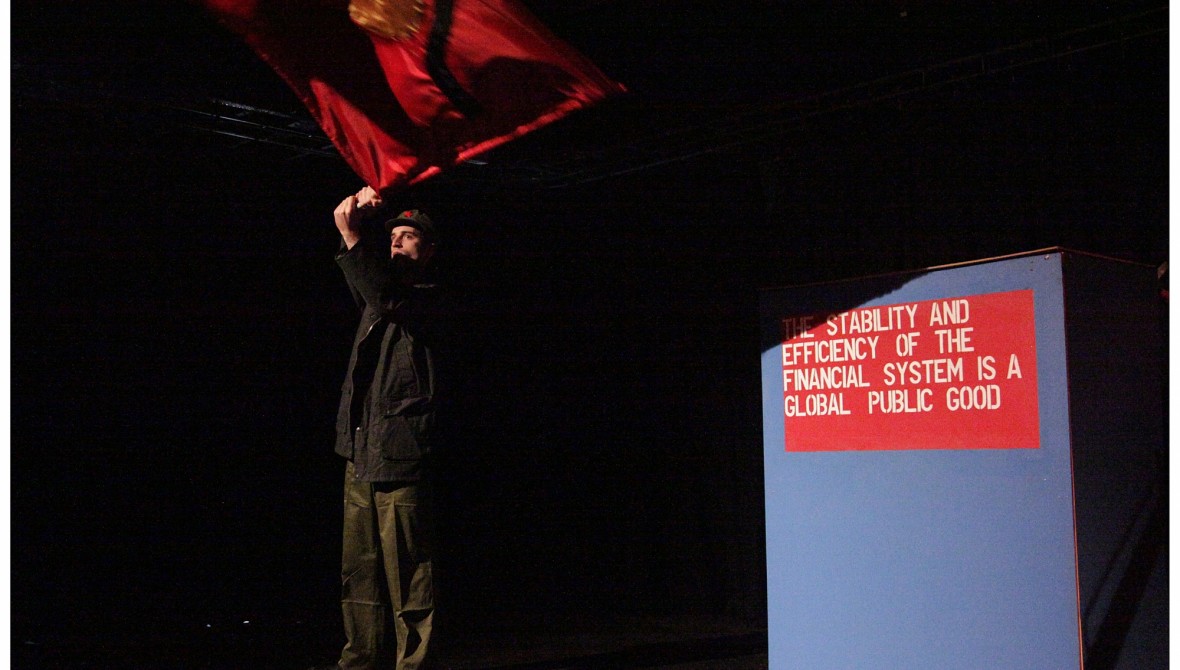 Epic Sea Battle at Night: A Revolutionary Play Permitted with the Economic Thinking of Milton Friedman

The play Epic Sea Battle at Night was originally staged at the height of the Chinese Cultural Revolution in 1967 to commemorate the China’s People’s Liberation Army’s military triumphs over the Taiwanese navy two years previously. It is a prime example of the exploitation of the arts as an ideological instrument, celebrating military heroism and political conviction, and would today be recognised as the clear representation of an ideology.

By juxtaposing this visual language of ideology with the text of a capitalist manifesto, this 're-enactment' of a scene from Epic Sea Battle at Night harnesses the aesthetics of the past so as to allow us to reconsider the alleged neutrality of the present. Neither a lecture on neoliberal economics, nor a theatrical performance of a narrative, the piece appropriated the format of the propaganda play to re-evaluate the relationship between art and politics now.

Pil and Galia Kollectiv are London based artists, writers and curators working in collaboration. Their work addresses the legacy of modernism, and explores avant-garde discourses of the twentieth century and the way they operate in the context of a changing landscape of creative work and instrumentalised leisure. They are interested in the relationship between art and politics and the roles of irony and belief in its current articulation. Their films and performances often use choreographed movement, juxtaposing consumer rites and religious ceremonies. They also run the Xero, Kline & Coma Gallery and teach at The University of Reading.