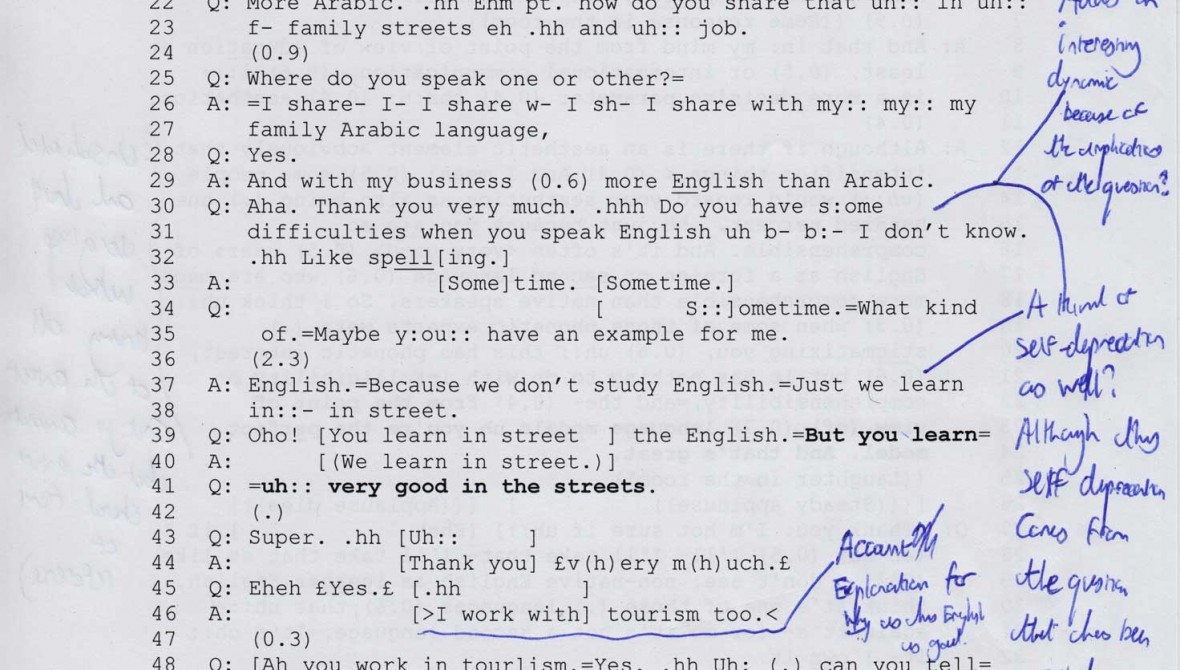 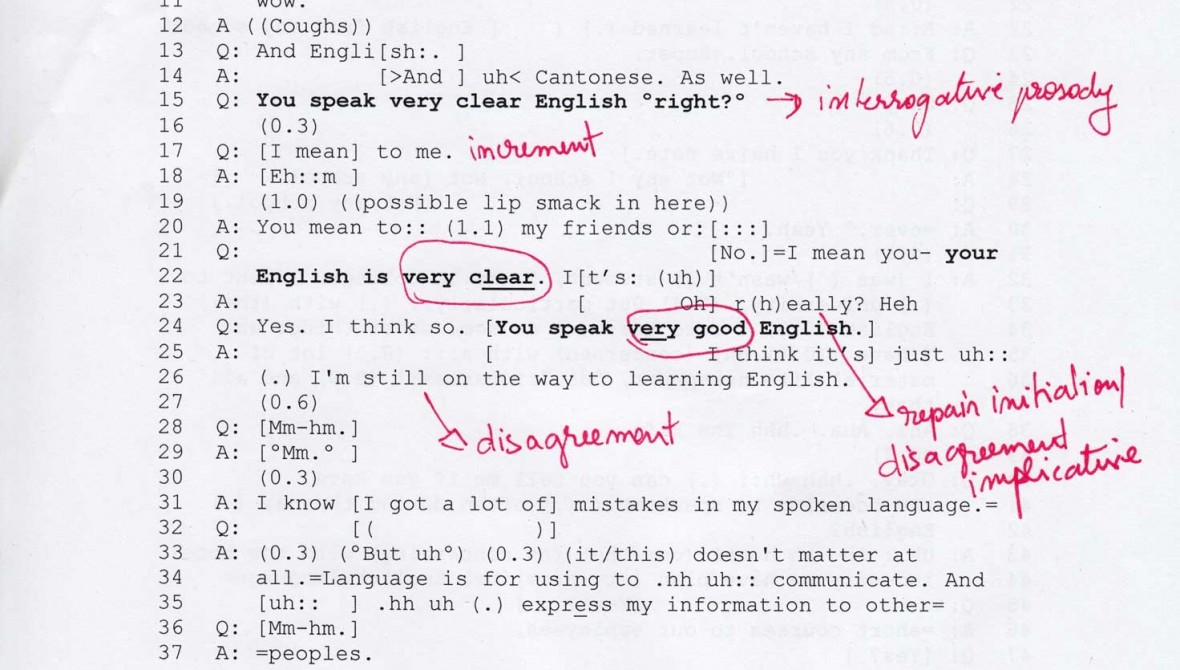 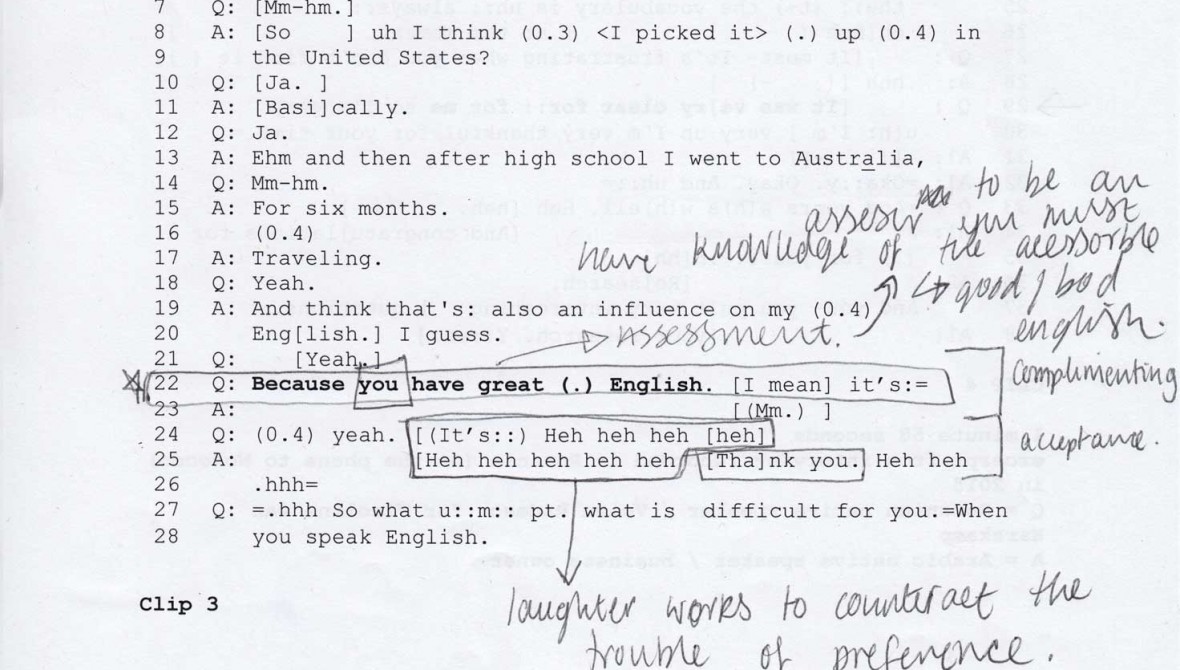 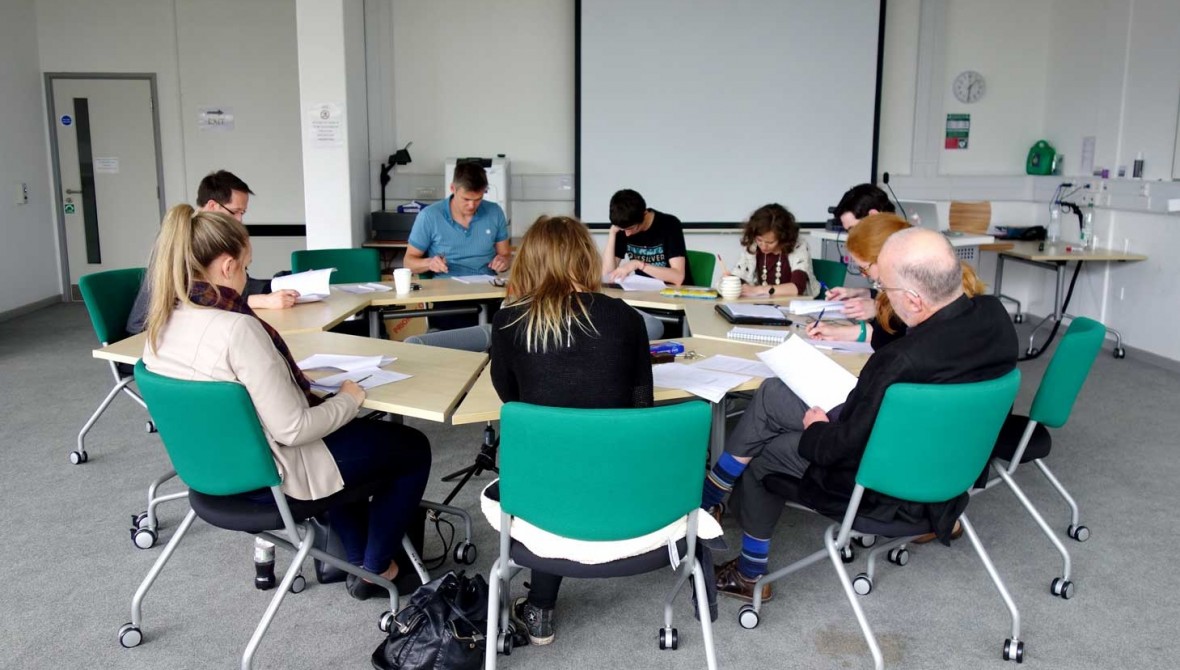 Following 2014’s Talk Action programme, Radar extended engagement with Loughborough University's Discourse and Rhetoric Group (DARG) with the production and presentation of a new work by the artist Nicoline van Harskamp as part of her ongoing Englishes project exploring the global use of English by non-native speakers worldwide, and imagining the (aesthetic) properties of a future global language.

Englishes is a series of video works by van Harskamp that explore the widespread use and modification of the English language by its non-native speakers. The series depicted the development of the plurality of spoken English displacing the perceived primacy of 'correct' English. It addressed the political import of this linguistic development, and proposed a dissolution of English into "Englishes," co-opting it as a common and ever-growing linguistic resource, as well as a medium for artistic practices.

At Loughborough, van Harskamp undertook a series of ‘language experiments’ with DARG, whose members were played excerpts from other episodes of Englishes in which someone is complimented on, or apologizes for, their English. The session was recorded and edited into a new Englishes work, Apologies and Compliments. In this, academics can be heard to analyze these apologies and compliments, while the visuals are taken from the scanned annotated documents used during the session.

The work was first shown as part of a major exhibition at BAK in Utrecht, Netherlands (24 September - 20 November, 2016).

To complete her commission with Radar, Nicoline hosted a public event, Englishes - A Conversation, at Loughborough University on Friday 24 February 2017. For this, she presented several videos from the series and discussed them with the audience and invited guests.