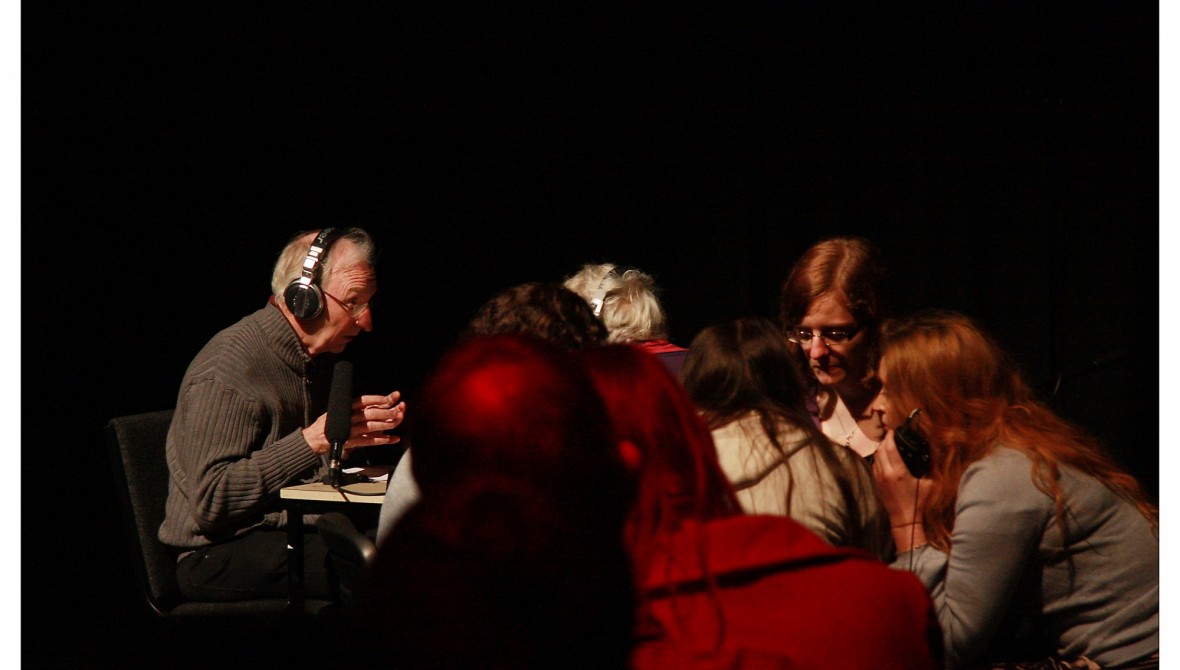 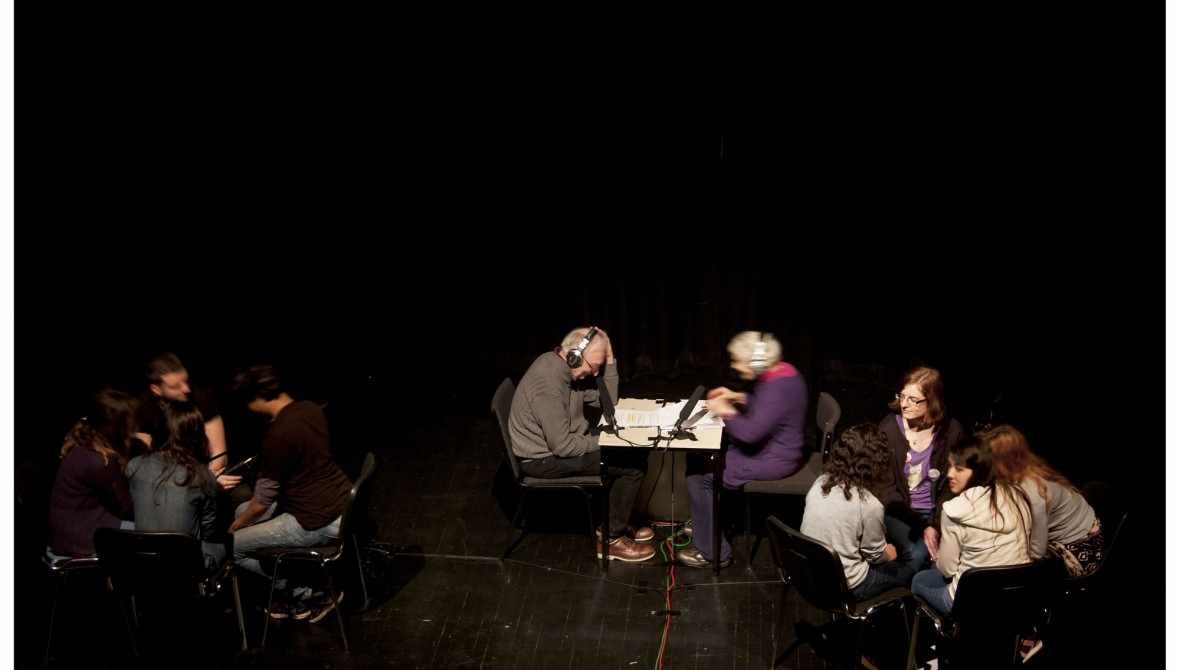 An Introduction to BLISS for Two Voices with Chorus

This performance was grounded in the BLISS writing system, often used with and by people who have severe communication difficulties. In particular, it drew on Tony O'Donnell's ongoing development of a grammatical system for BLISS. It used multichannel sound and mixing techniques to intervene in a live conversation between O'Donnell and Judith Langley, accompanied by chorus groups consisting of Loughborough University students.