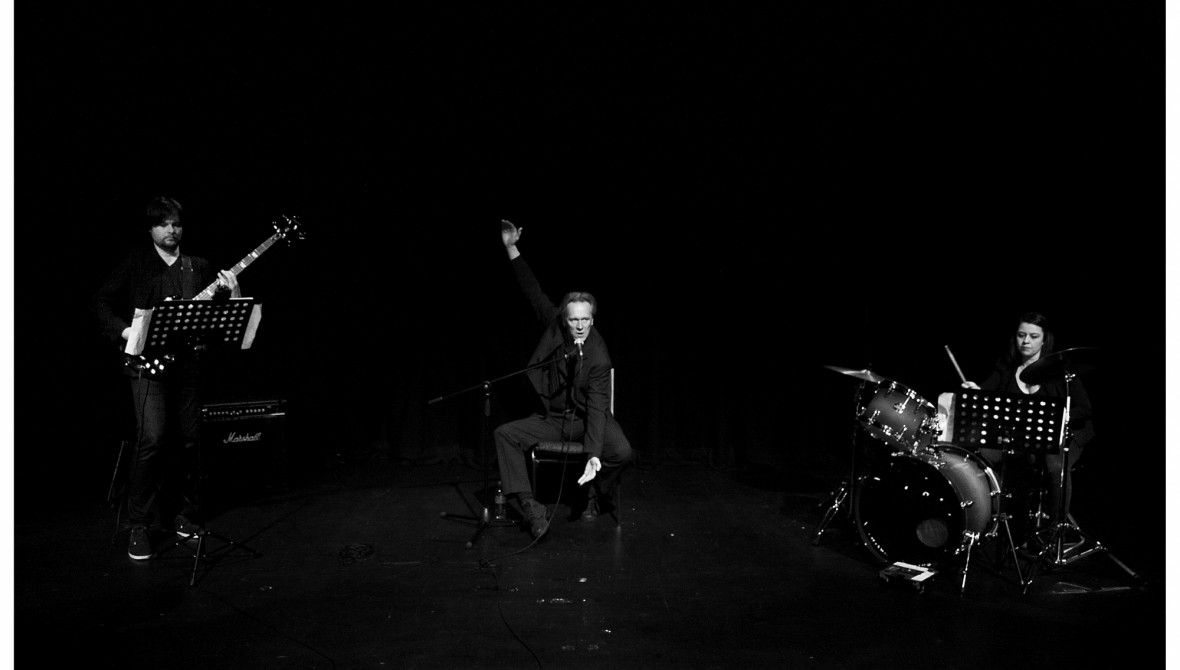 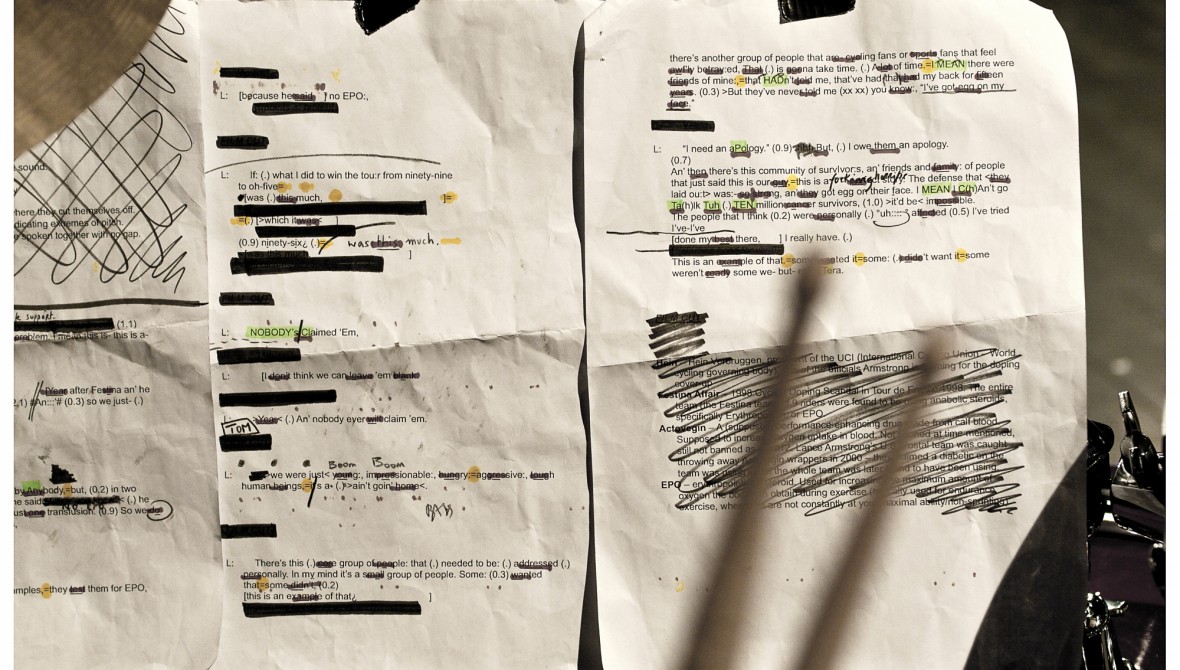 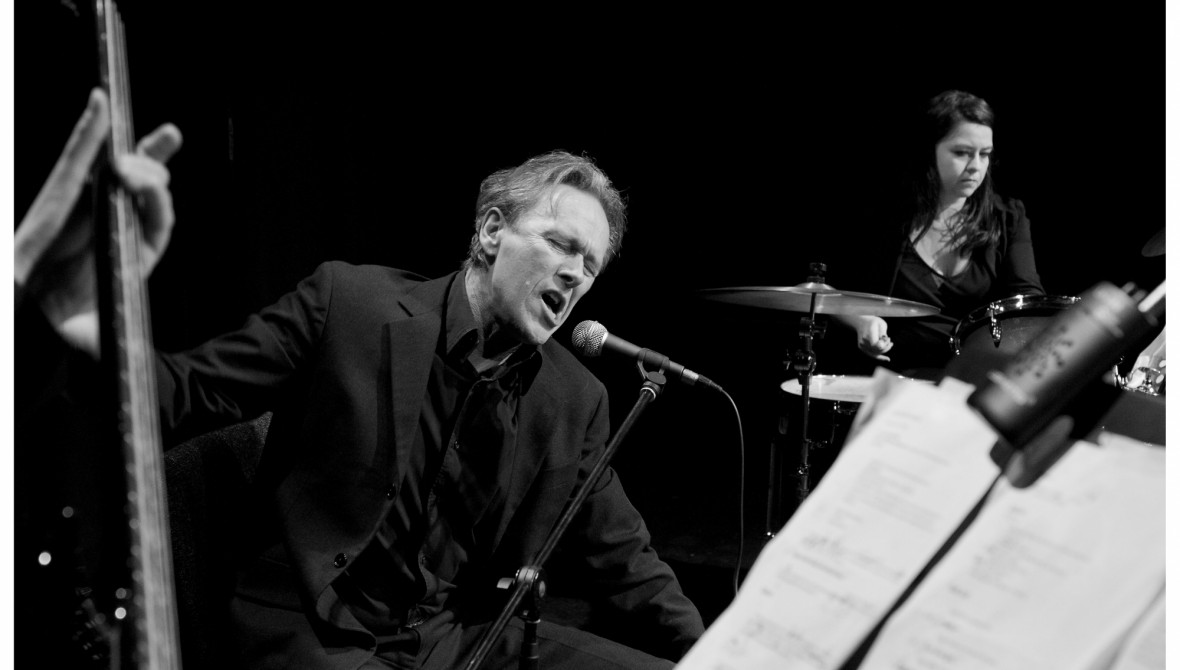 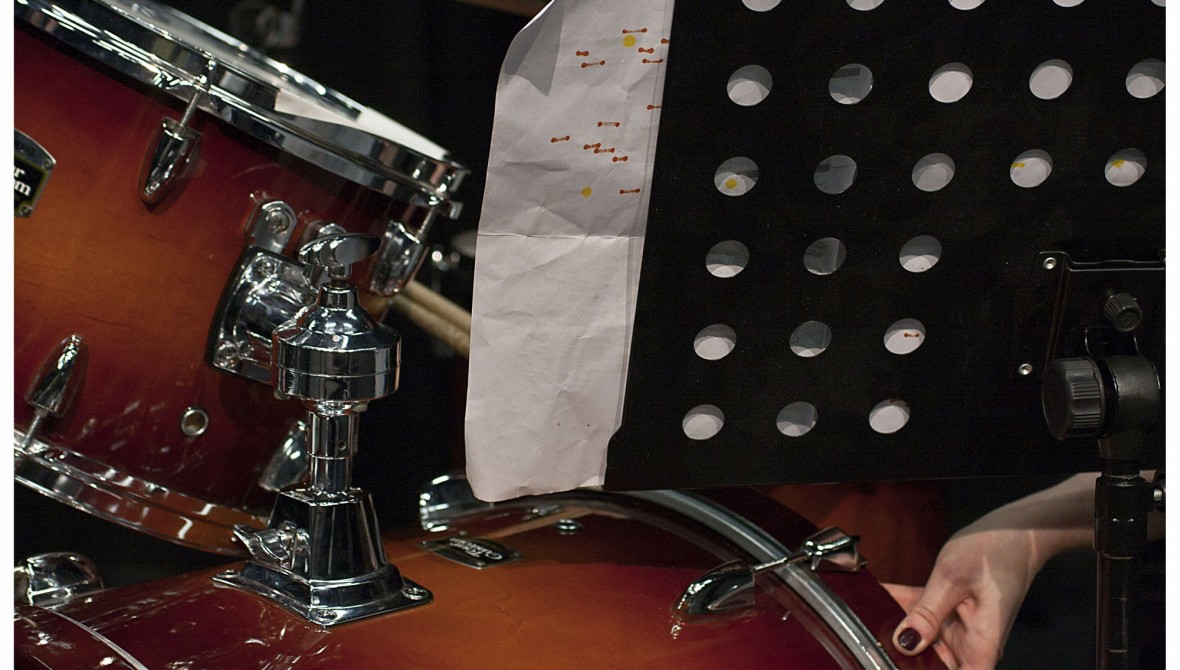 No holds barred, no conditions, one field

Cally Spooner took as her starting point a videoed conversation between the cyclist Lance Armstrong, his sports masseuse, a silent journalist, and an off-camera saxophonist, published on the Daily Mail's website in 2013. Though presented as an organic conversation, this was quite clearly stage managed. Following an analysis of the interview it was then re-enacted by an actor, drummer and bass guitarist. A number of visual devices were deployed, offering clues as to what the conversation would reveal.