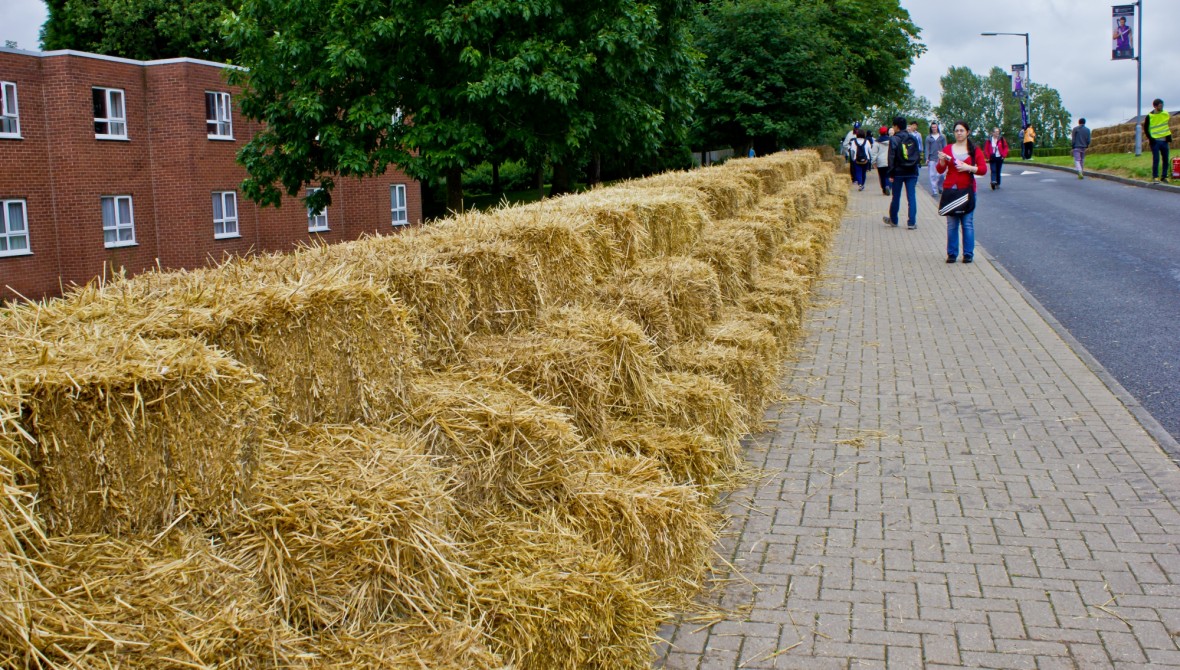 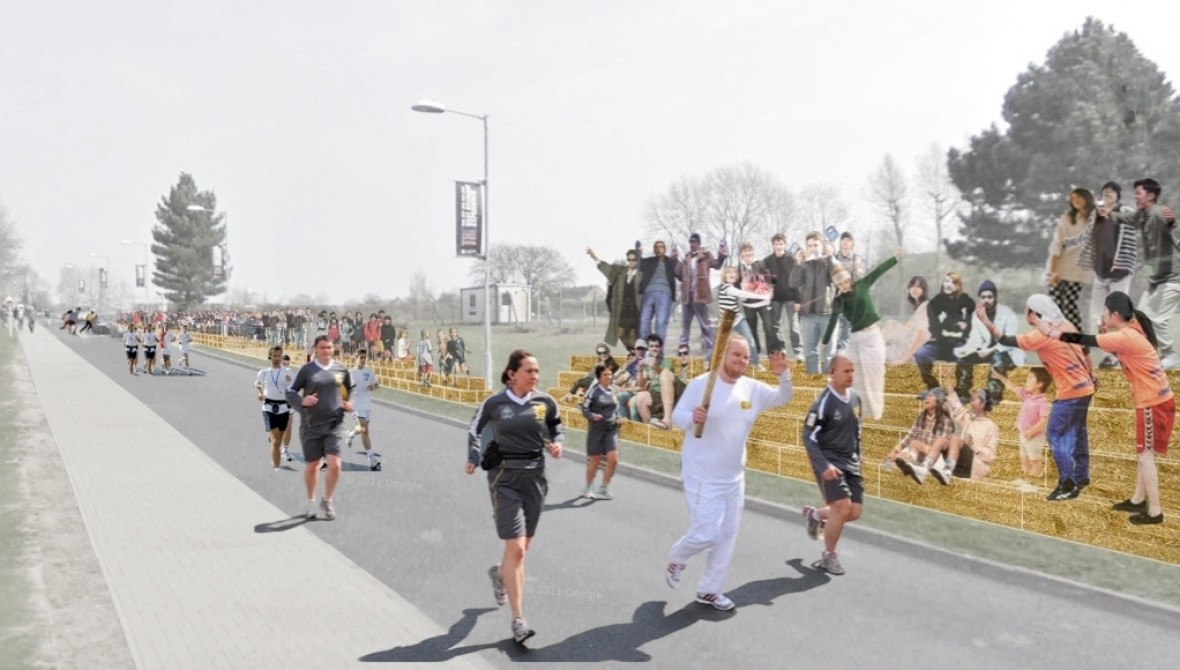 Atelier Bow Wow designed a visual backdrop and viewing platform for the Olympic torch relay, which passed through Loughborough University in July 2012. This consisted of a line of structures built from straw bales, inspired by visits to agricultural shows in the local area.

Atelier Bow Wow explore the use and function of space within urban environments. As architects in Tokyo, they developed the term ‘pet architecture’ – a style of small, ad hoc, multi-functional structures that make the most of limited space. For over 10 years they have also created ‘micro public spaces’, using the framework of art galleries and museum spaces to experiment with structure, movement and function.