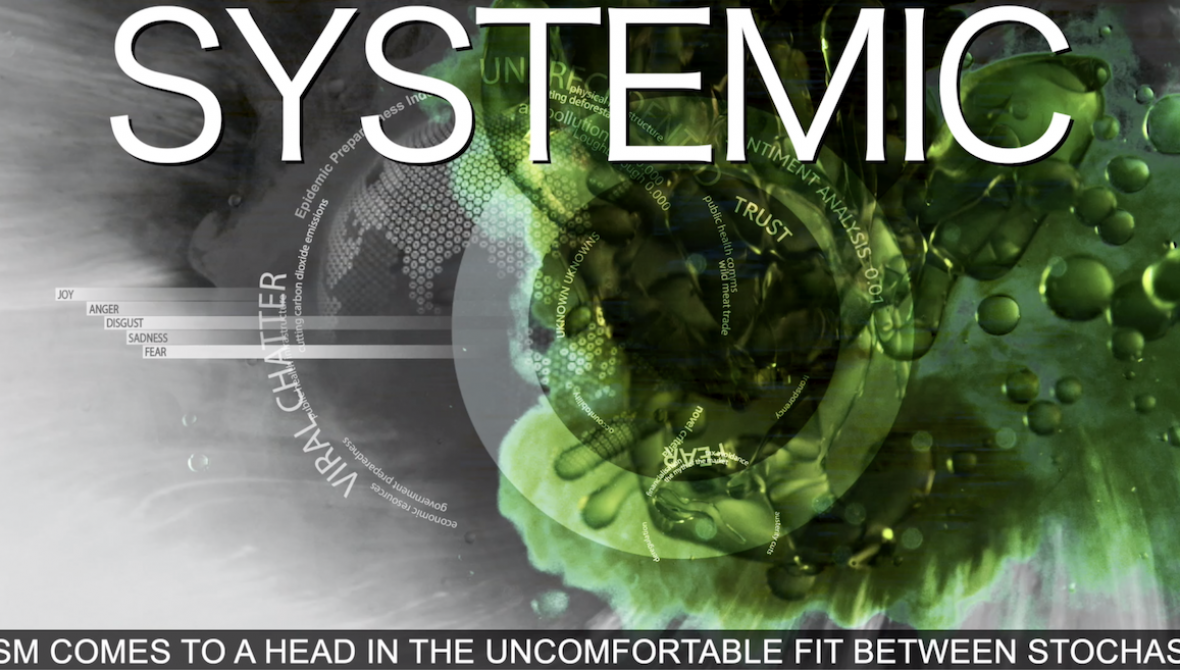 Do Androids Dream of Pandemonium?

Do Androids Dream of Pandemonium? consists of an online dashboard exploring the behaviours and power relations emerging from the complexities, multi-temporalities and scales that coalesce around the interdependent ecologies of social media, finance, and the environment. Research and development for the work was undertaken during Clarke's residency with Radar as part of our Risk Related series of commissions, 2019-21, during which time she spoke to Loughborough University'a David Deacon and Dominic Wring about their research into press coverage of the 2019 UK election. She also attended the ‘Election 2019: The Brexit Campaign?’ conference at Loughborough University London, which Deacon and Wring organised in collaboration with Ipsos MORI and the British Polling Council.

Ami Clarke is an artist, writer, and educator focusing on algorithmic governance and performative modes of production from a transfeminist post-human position - thinking through the complexities of the subject emerging in synthesis with their environment from a critical intersectional position. She utilises various digital media, often distributed, with aspects of live programming, sometimes in combination with video/sound and spoken word performance. Her work is conceptually framed in ways that means critique is articulated through its production, drawing out the new (old) behaviours emerging from human engagement with technology through performative modes. She has recently exhibited or performed at Seventeen Gallery, London; arebyte Gallery, London; The Tetley, Leeds; ODD Catalyst, Bucharest; LUX/Chelsea Space, London; Furtherfield, London; and Filodrammatica, Rijeka. Publications include the book Ami Clarke: Author of the Blank Swan and chapters in ‘Artists Re:Thinking the Blockchain’ and ‘Information’, part of the Whitechapel Documents of Contemporary Art series. Ami is the founder of Banner Repeater and the Digital Archive of Artists Publishing (DAAP) and teaches Fine Art at Central Saint Martins MFA.

On Pandemonium: a new work by Ami Clarke