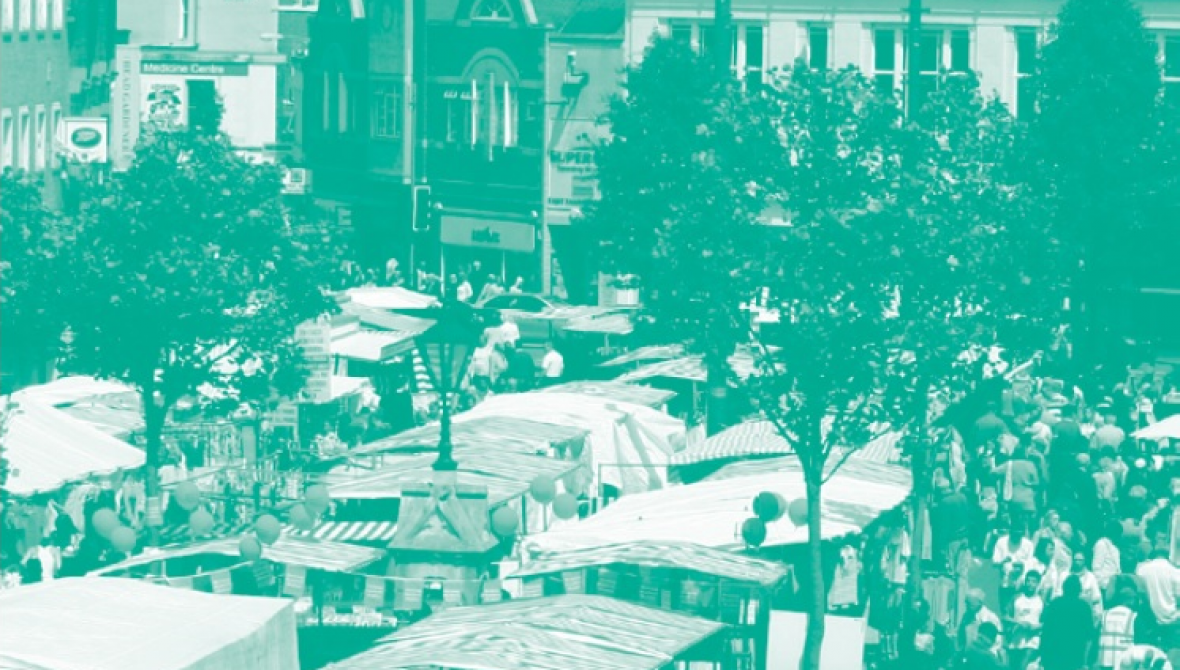 Throughout 2016, Radar's Market Town project brought artists, designers, academics, traders and local residents together to reimagine Loughborough's town centre as a space of sociality and exchange. A publication was produced to provide an overview of the project, which can be read here. Matt Weston of the 'radical, bottom-up regeneration' agency Spacemakers, who grew up in Loughborough, was commissioned to write the below to introduce the publication.

I moved to Loughborough when I was four. I was oblivious to where we were or what we were doing but it turns out we lived over the Nanpantan Road from the university. I went to the grammar school which didn’t work for me but I was in the same art class as Ivan Morison, now a public artist. Recently, he published these words on a billboard on the exterior of Eastside Projects (an artist-run space as public gallery in Digbeth, Birmingham):

"Artists know that the way to solve a problem is to begin."

The problem is knowing where to begin, what to look for, what’s worth doing. In Digbeth, landowners are sitting on buildings as they are, waiting to see if HS2 happens (if it does, it will roll into Curzon Street which is right at the end of Digbeth). In response, Eastside are starting their own development company and Heather and Ivan Morison are proposing an art house project, where they build houses on stalled development sites with five year leases. We (Spacemakers) mostly work in London. But in London regeneration = gentrifi cation unless you build social housing, unless you begin by addressing ownership and power (or unless you begin in the suburbs of the suburbs, where regeneration and London’s economy haven’t yet stretched, where it isn’t sewnup, where the councils are waiting to see if Crossrail happens).

I said bye to Loughborough when I was 18, and the impression I’ve kept is of this uncute, middle of the Midlands town that’s really not one but two towns: a university town with a 438 acre campus (Europe’s largest), and a town town. They don’t see each other. They don’t belong in the same dream. But beginning means the projects documented in this book: it means getting lectures in the market and markets in the campus, it means re-using the disused art school, it means getting Kathrin Böhm to do anything she wants, it even means billboards (this time by Europa and Peter Nencini). These projects/this book might be where the two divergent parts of the town come together and form new communities. It feels like the start of something.